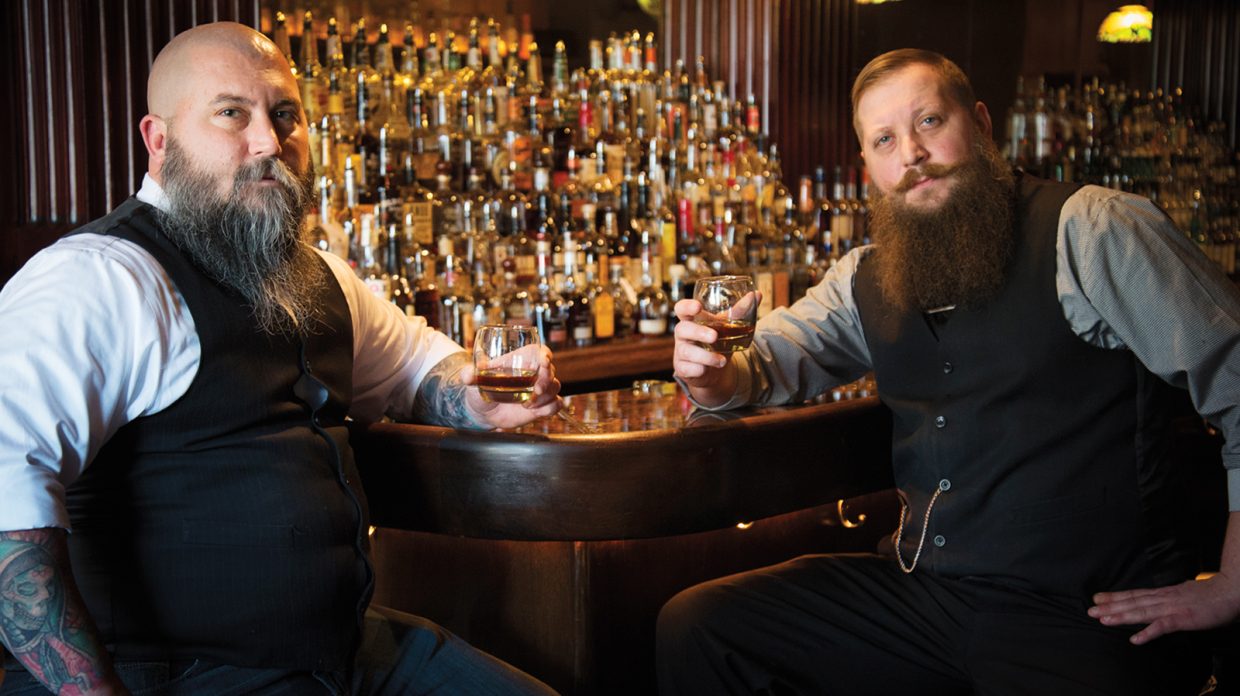 So, you’re a bourbon fan? It’s time to take that fandom to the next level. These bourbon bars are packing their shelves tight with more than 100 bourbons.

When you walk into Jack Rose Dining Saloon, you’re stepping into whiskey heaven, surrounded by Prohibition-era bourbons and contemporary unicorns. Jack Rose has led the way in bourbon’s national resurgence, finding the hidden Willett gems and privately bottling them; stocking the bar with true Stitzel-Weller products, not those just piling on the marketing power of Pappy Van Winkle.  In fact, today you’ll still find vintage Stitzel-Weller bourbons on the Jack Rose menu, as well as vintage Brown-Forman, Wild Turkey, Four Roses, and just about every other distillery. If they run out, don’t worry, they’ll get more. jackrosediningsaloon.com

Canon, Seattle
Bottles: Usually about 100 to 200 bourbons on the list at any time

Behind a single chain door is one of the world’s best all-around bars, and an impressive bourbon list that commands multiple pages in the book known as the Canon menu. Canon fills the pages with extinct bourbons, made in a different time, and offering them as pricey pours. The Old Jordan 1936, which was considered one of the best bourbons back in the day, is a steal at $400 a pour, considering this is likely one of the last bottles left on the planet. Reservations are recommended. canonseattle.com

Delilah’s, Chicago
Bottles: 750 total whiskies, the majority of which are bourbon and rye

As bourbon has attracted a certain hipster crowd and those entertaining snobbery, Delilah’s staff wears all black and plays punk rock. This bar cranks up the knowledge and rewards the knowledgeable with great pricing. Delilah’s also has its own whiskey label. The Delilah’s 18 year old, a high-rye bourbon, is a house favorite, but the 21 year old Willett wheated bourbon is a close second. delilahschicago.com

The Miller House is the best bourbon bar you never heard of. The Southern-style column-adorned building was built in 1905 and is the former home of Elmer Miller, a prominent local businessman who founded Miller Coal in the 1880s. The bar gets all the limited-edition releases before anybody else in western Kentucky, but also has amassed a sizeable vintage collection, ranging from the highly sought-after Lawrenceburg-made Eagle Rare to the forgotten Early Times bourbons from the 1950s. themillerhouserestaurant.com

Bluegrass Tavern is an oasis of pure bourbon joy, and is where the distillers go to drink their competitors’ whiskey. Bluegrass keeps the Buffalo Trace Antique Collection in stock, but is known for knocking the dust off the likes of Weller and Barton from 20 years ago. Perhaps most impressive, the bartenders have their pulse on the bourbon gossip because so many industry people drink here. thebluegrasstavern.com

Hard Water is about the size of a Manhattan high rise apartment. So how do you fit nearly 500 bourbons in a 1,400 square-foot establishment holding 49 people? Easy. You employ a ladder system. Stacked tall and in attractive rows, bourbons shine in front of a soft bright light. Highlights include full verticals of E.H. Taylor, the Buffalo Trace Experimental Collection and Single Oak Project, and the rarest of the rare—the Van Winkle decanters. hardwaterbar.com

You’ll find New York is a town of trends. When bourbon became hot, suddenly everybody served bourbon. But there are only a handful that do more than just stock bourbon behind the bar. The Copper Still is owned by Irishmen who love bourbon. While they have their share of Irish whiskey, the Copper Still has amassed an elite collection of bourbons and the staff to serve them. thecopperstillnyc.com

No chef publicly celebrates bourbon more than the James Beard-award winning Sean Brock. Brock and his Nashville Husk team keep their stellar bourbon finds under lock and key, hidden in plain sight across from the bar. You’re welcome to compare the 7 year old David Nicholson 1843 distilled in 1938 and bottled in 1945, $50, to the modern 15 year old Pappy Van Winkle, $30; or lay your lips on a vintage bourbon cocktail using early 1990s Ancient Age 10 year old. husknashville.com

Century Bar, Dayton, Ohio
Bottles: 300 whiskies, a majority of which are bourbon

Century Bar shows the world you don’t need to be centered in Bourbon Country or in a major metropolitan area to garner bourbon respect. Century Bar has built its reputation in the trenches, pouring education with every shot and picking fine private selections of Wild Turkey, Four Roses, and Buffalo Trace. They have the largest bourbon collection in the liquor control state of Ohio. centurybourbon.com