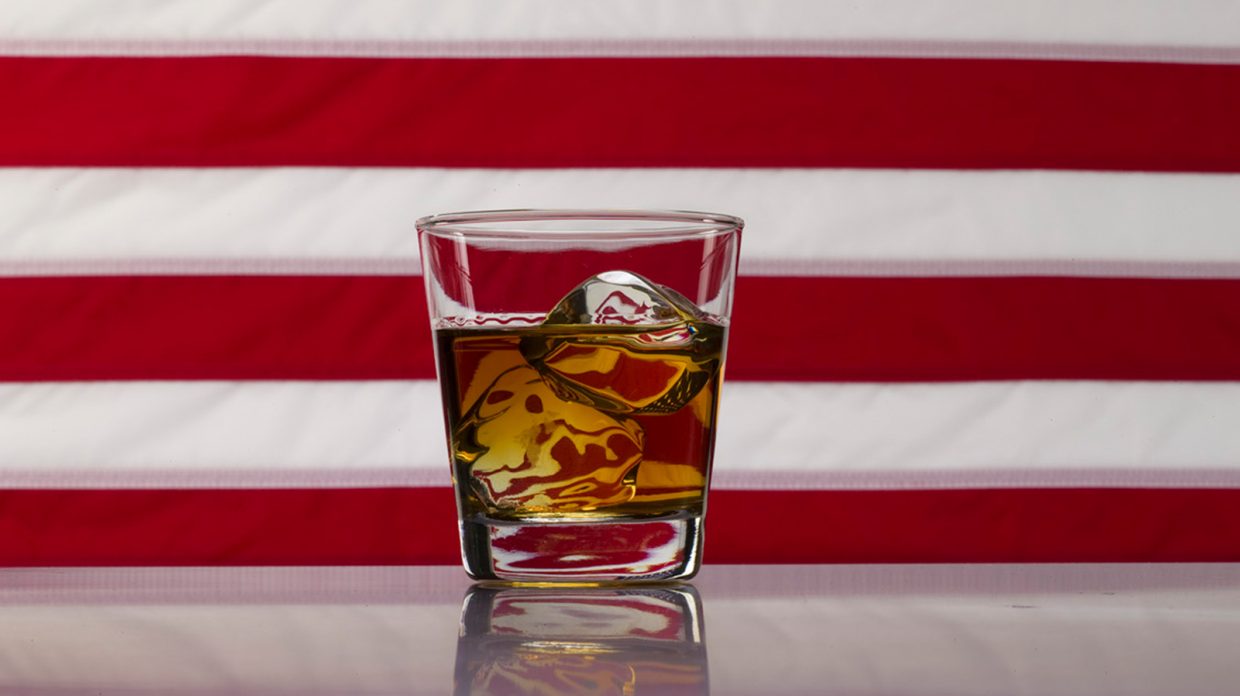 For some vets, a keen eye for detail makes a perfect distillery fit. (Photo by Jeff Harris)

Whiskey distillers come from all walks of life, including the armed services. And for many veterans, making whiskey isn’t just a passion—it’s a way to use skills gained during their service, to employ their brothers and sisters in arms, and to give back to their communities. “Transitioning veterans need a good support system, especially if they are battling disability or PTSD,” explains Jason Justice, founder of Justice Label Distillery in Sinton, Texas.

A PTSD sufferer himself, Justice understands the importance of such support. He currently employs three veterans part-time. “I have had success placing these individuals into roles that they can learn from and develop skills to succeed,” he says. “Giving them direction and a challenge is as rewarding to them as it is for me.” For Justice, both distilling and military service run in the family. His father is a retired Army First Sergeant and his grandfather “Papaw”—who once made moonshine—retired from the Navy after serving in four branches of the military: Army, Air Force, Navy, and Marine Corps.

At Three Rivers Distilling Company in Fort Wayne, Indiana, one of the co-founders, Travis Kraick, and an employee, Brandon Cheviron, both deployed right as they were about to turn on the stills. Three of the four owners, as well as four out of six employees, are active duty or retired military. Co-owner and marketing manager Aaron Pence credits military training for his and his staff’s ability to be thorough and meticulous. “That attention to detail, understanding of procedure is something that comes naturally to [veterans],” he says.

Justice Label Distilling—Sinton, Texas
Justice has been interested in the family business ever since his grandfather first shared his stories of bootlegging. “My grandfather was a moonshiner on and off from 1937 to 1955 [when] he enlisted in the Army,” Justice explains. “He didn’t practice moonshining anymore after Vietnam, but he passed much of the knowledge to me through stories [and] meeting the friends and family that were all part of this real cultural period of Americana.”

Justice Label opened in June 2015. Justice—who was awarded a Bronze Star Medal in Iraq in 2010-11—still serves in the Army as a Logistics Officer in an Individual Mobilization Augmentee program under the Surface Deployment and Distribution Command, and his wife is currently deployed as an Army Civil Affairs Officer.

“We source all of our spirit ingredients from within the state of Texas,” Justice says, explaining that the distillery is part of the Texas Department of Agriculture’s GO Texan Program, which promotes Texas-made and sourced products. Currently, Justice Label Distilling sells its products within the state and is working on going national. The distillery’s “Bronze Star” Texas whiskey nods to Justice’s own service, as well as the medal available to all branches. Justice Label will release a cask-strength Bronze Star whiskey in 2018, followed by a straight whiskey, bourbon, and other whiskeys by 2020—potentially including single malt. “I haven’t made up my mind on peated or unpeated and single malt yet; it is definitely something I will experiment with either way,” Justice says.

Three Rivers Distilling Company—Fort Wayne, Indiana
Indiana has 18 active distilleries, and six of those are owned by veterans—a result, according to Pence, of the state’s robust military presence, as well as the way military training naturally prepares a person for the paperwork and processes required to set up a distillery. Founded in March 2016, Three Rivers is the first distillery in Northeast Indiana since Prohibition. Between the owners and employees, every branch of the military is represented. The team’s varied backgrounds range from aircraft mechanics to electric, welding, and communications. “We’ve built all our own equipment and assembled our own stills,” Pence says. “It’s one way we keep our costs down.” Sourcing grain from a farm less than 100 miles away helps keep the distillery’s carbon footprint down too.

The Three Rivers tasting room is still being built out and will open soon. The distillery makes bourbon, rum, gin, vodka, and corn whiskey, which are currently distributed in Indiana and Kentucky.

“I knew one fellow in building and I asked him, ‘Do you want to be selling sticks for the rest of your life, or do you want to get into the whiskey business?’” Hugh Thomas says. He and his partners started out making rum, then transitioned into vodka, corn whiskey, and moonshine. Today, Gorget distills 12 different spirits. “We didn’t want to be just another ’shine distillery,” Thomas says. Gorget’s bourbon will come out in December, followed by additional whiskeys next year. The distillery’s products are currently sold in South Carolina only.

Willie’s Distillery—Ennis, Montana
Willie and Robin Blazer opened Willie’s Distillery in 2012, after Willie retired from the Army, where he had served as an Army Ranger and Special Forces Medic. “A lot of our funding came from the Patriot Express Loan through the [Small Business Association] which is unfortunately now discontinued,” Willie Blazer explains. Robin’s background in farming helped when it came to sourcing grain to make the distillery’s moonshine, bourbon, and other whiskeys.

Of 20 employees at Willie’s Distillery, four are veterans. “One thing I learned in the military was ‘Work Hard, Play Hard,’ and it fits us,” Willie says. The distillery partners with local wineries and breweries to share barrels and other materials. Willie’s spirits—which include moonshine, bourbon, and a sourced Canadian whisky—are available in Wyoming, Idaho, Oregon, Washington, North Dakota, Michigan, and New Jersey, in addition to Montana.