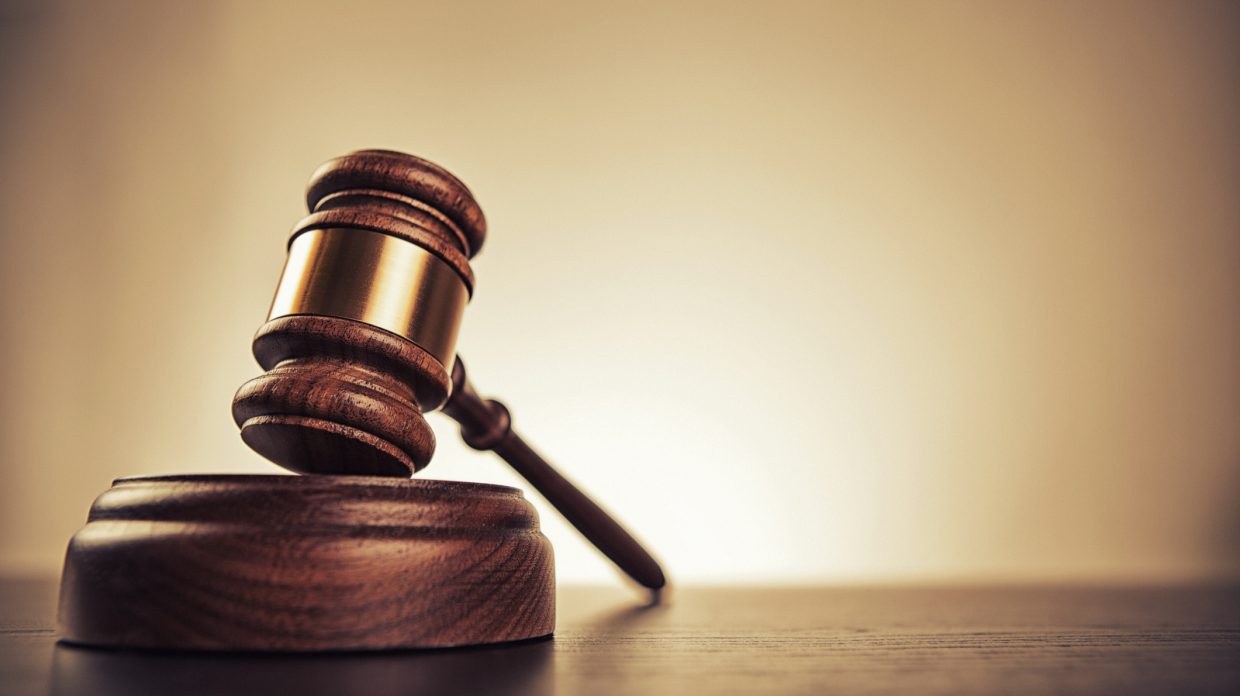 Two major auction houses will put millions of dollars’ worth of whisky up on the block in Hong Kong this month. On May 17, Bonhams, Hong Kong will hold a Fine & Rare Wine & Spirits auction one year to the day from when it sold the first bottle of whisky for over $1 million. Meanwhile, Acker—better known as the leading wine auction house in the world, selling over $105 million worth of wine in 2018, according to Wine Spectator—is preparing to host its inaugural spirits auction on May 11 in the city. Below, I’ve listed my top picks for lots to watch—and bid on—at both auctions, with a few words of caution as well.

5/8/2019: In response to the errors noted below in Acker’s listings, the company has corrected and updated their catalogue.

With nearly 500 lots of single malt scotch and Japanese whisky available, Macallan is leading the pack with a mind-blowing line-up of some of the most sought-after releases from its back catalogue. All six pillars of the Macallan in Lalique are available (50, 55, 57, 60, 62, and 65 years old), with the greatest interest falling on the 50 year old, which is estimated to sell for $83,000-$110,000. There are an incredible 14 bottles of Macallan Fine & Rare up on the block, a range that has a solid reputation for performing well at auction. With distillation dates running from 1937–1973, the most affordable is this beautifully dark bottle of 1972 Macallan 29 year old (est. $15,000-$20,000) running up to 1945 Macallan 56 year old (est. $38,000-$46,000). Two more Macallan 50 year olds from the last century are going under the hammer, Macallan Millennium Decanter and 1928 Macallan 50 year old Anniversary Malt, both of which continue to attract increasingly high prices every year.

Casks are becoming a regular item at leading whisky auctions, and Bonhams has two on offer in Hong Kong, though both will physically remain in Scotland during the sale. (By law, you can’t take aging single malt out of Scotland.) The American oak cask of 1998 Laphroaig is expected to yield 163 bottles (est. $96,000-$110,000) while the sherry cask of 1997 Bowmore should deliver 321 bottles (est. $190,000-$240,000). On a per-bottle cost basis, both look quite expensive, especially when the 24% buyer’s premium is tacked on, but then again, these aren’t readily obtainable items.

If you are searching for a more modest bottle for opening, my pick is That Boutique-y Whisky Company’s Blended Malt #1 50 year old, a steal if it goes for the estimate of $510-$640. My choice for a bottle to flip is this rare single cask bottling of 1973 Highland Park 36 year old, one of 156 bottles produced for the distillery’s distributors in Taiwan. It looks like a good bargain at $890-$1,100, and could go for much more if resold. If you’re looking for bourbon, there’s only one bottle in the sale: Pappy Van Winkle 23 year old, which has been given an estimate of $2,500-$3,300.

There’s one whisky buyers should consider avoiding for now. Macallan Genesis has been sold in the UK and at Travel Retail in Asia to mark the new distillery’s opening in 2018, and while prices are currently good, dozens of bottles are appearing for sale every month, meaning it could become less expensive to obtain in the future if supply continues at current levels.

Acker’s debut auction in Hong Kong will offer over HK$12 million ($1.5 million) worth of rare spirits, including a number of highly desirable whiskies. The mix is roughly balanced among scotch, Japanese whisky, and cognac, along with a bit of bourbon; like many of today’s whisky auctions, there’s a preponderance of Macallan, as well as a significant number of independent bottlings. The plus points about the catalogue are that every lot has been photographed, and there are QR codes that give potential bidders access to high-resolution images of the most valuable bottlings. Unfortunately, many lots are misspelled or misattributed, with some information that is flat-out incorrect.* For example, a 1945 Speymalt Macallan by Gordon & MacPhail (Lot 7) is erroneously credited to Duncan Taylor, while the catalogue’s introduction promotes Lot 211, a rare bottle of 1928 Macallan Anniversary Malt 50 year old, but no such lot is listed. More seriously, a bottle of 1964 Black Bowmore Final Edition (Lot 162) is incorrectly listed as being 41 years old, when it was bottled in 1995 (there has never been a Black Bowmore 41 year old). Lot 163 is described as Gold Bowmore 3rd edition, but this rare Islay single malt has only ever been released once. Meanwhile, Hanyu Queen of Spades (Lot 75) normally has the bottle number displayed at the base of the front label, but this detail is absent from the label photographed in the Acker catalogue. This can happen for a variety of reasons, not all of them nefarious, but is a point you would expect to see addressed in the lot description.

The catalogue offers the standard range of descriptive abbreviations in the back pages, but for wine, not whisky, meaning that ullage and bottle condition for these whiskies are omitted throughout. Many bottles have old tax strips, but details on their country of origin are not given, and a number of capsules are photographed still wrapped in clear film, presumably to prevent further evaporation.

Despite the problematic catalogue, it’s clear that this auction offers many desirable and collectible lots. My recommendation is to do your research before bidding, as the reserve prices look high. For example, Lot 226 is 1946 Macallan 52 year old Select Reserve, a bottle that has shown impressive growth over the past decade and comes up at auction steadily throughout the year. Acker has valued it with a reserve of $20,000-$28,000, but an identical bottle is valued at only $13,000-$17,000 in the Bonhams sale. Lot 271 1950 Macallan Fine & Rare 52 year old is given an estimate of $32,000-$40,000 by Acker, whereas another is listed by Bonhams (Lot 535) for an estimate of $23,000-$28,000: useful information that could save someone a lot of money. Some auctioneers err on the side of caution, as lower reserves encourage more bidders to invest their hopes in owning that bottle, which drives competition up, but they should encompass current market values at least. The 1968 Bowmore 37 year old (Lot 134) is a terrific collectible, but the estimate of $5,500-$7,500 also looks to be too expensive. Meanwhile, the value of 1973 Bowmore 43 year old has dropped significantly over the past 15 months, with bottles at auction going for just over $4,700 recently; Acker is hoping to get $6,000-$8,000 in this sale (Lot 135).

If you can get it at the right price, the 1945 Speymalt Macallan 68 year old (Lot 7) has long looked undervalued. I like the look of the cask-strength bottling of the 1974 Dalmore 32 year old (Lot 242), dressed in its more traditional and modest packaging, which has an estimate of $1,800-$2,400. Finally, Glenrothes 1966 comes up very rarely at auction, so this vintage offering (Lot 138) is a rare opportunity to own one. Whether it reaches the asking price of $3,000-$4,000 is another matter, as similar bottles outside of the Extraordinary Cask series have not achieved this sum, but it’s possible given the whisky’s scarcity.

While it’s good news to see another major auction house launch a dedicated spirit auction, it may take a further auction or two for Acker to find its feet within the keenly followed Hong Kong whisky auction scene. 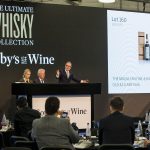 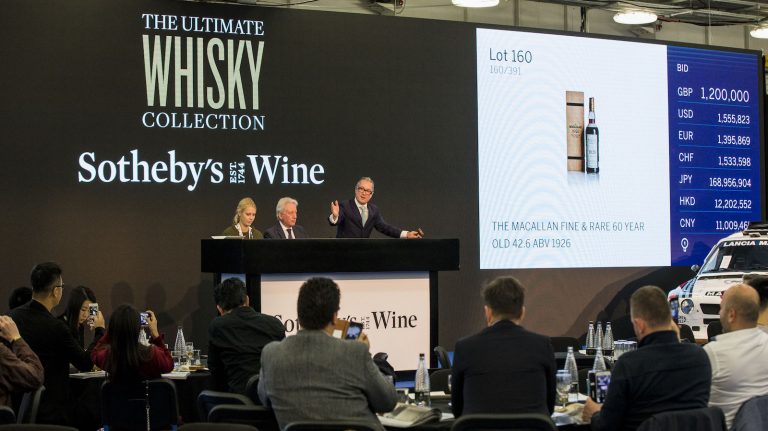 The October 24 event was the auction house’s highest-value sale ever, and yielded a new top price for Macallan 1926. 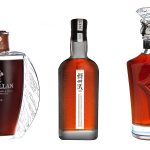 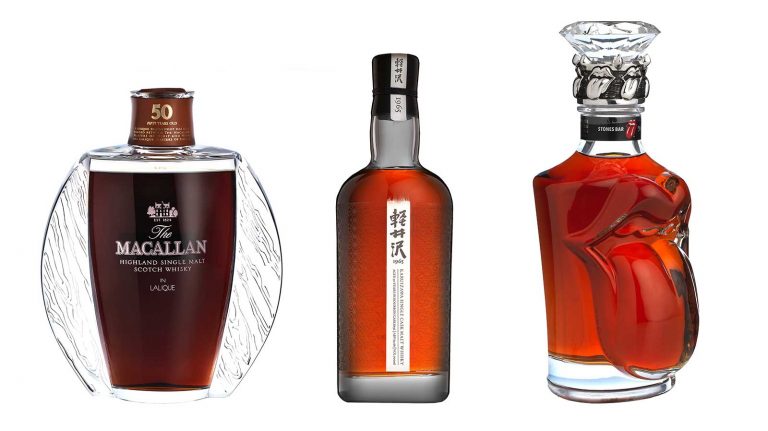 The Whisky Sale on October 9 includes a large number of lots that failed to sell at Bonhams’ June auction.