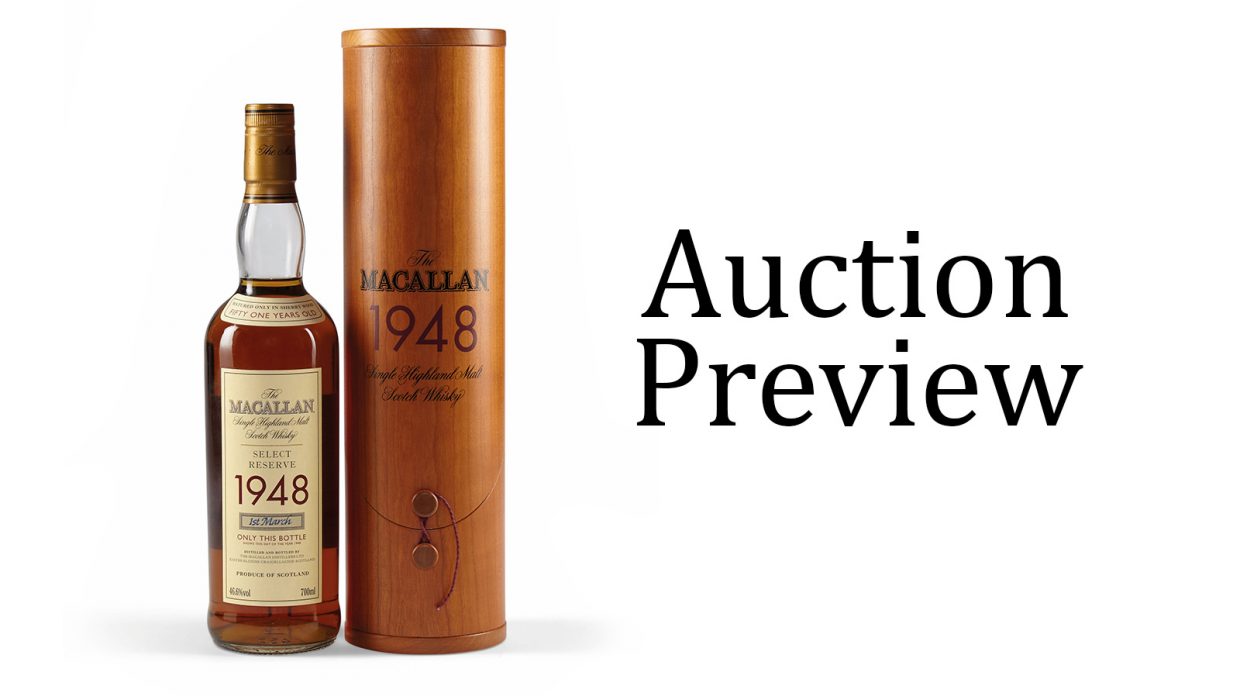 Christie’s, New York will auction 74 bottles of rare whisky valued at $250,000-$350,000 on June 7. While primarily a fine wine sale, the whisky selections are significant and can be summed up in four words: all killer, no filler. If you’re a collector of classic bottlings of scotch distilled in the mid-to-late 20th century, then this one’s for you.

The biggest highlight is the full Springbank Millennium Set with miniatures (Lot 432), a rare offering at the best of times, but it’s particularly exciting to see one going under the hammer at a U.S. auction house. The set contains bottles of Springbank bottled in 5-year age brackets from 25 to 50 years old. The late whisky writer Michael Jackson bestowed some of his highest-ever scores on these 25, 30, and 35 year old Campbeltown whiskies when first released. Christie’s has only ever previously sold one full set in London in 2018, though a new record price was recently set at Bonhams auction in Hong Kong in May. Back in 2010, the highest hammer price paid was $5,500, but this set has climbed steeply in the last 2-3 years and is now valued at $26,000-$35,000.

Unsurprisingly, Macallan is the most represented Scotch in the sale. My first pick is the Macallan Select Reserve 1948 (lot 400, est. $15,000-$20,000). This peated, smoky Macallan spent 51 years in sherry wood, and each bottle was filled on different day of the year in 2009 (this lot is the March 1 bottle). This makes it much scarcer than the Macallan Select Reserve 1946, which had a bottling run of many thousands. My second Macallan pick is the four bottles of Macallan Gran Reserva from 1979-1982 (Lot 407, est. $10,000-$15,000), which have performed solidly over the years and have potential for further gains. The discerning collectors who consigned these bottles had a good eye for Bowmore (Lot 394), Laphroaig (Lot 393), and early examples of cask finishing from Glenmorangie (Lot 430), although there is a notable dearth of releases from Diageo other than a solitary bottle of Lagavulin (Lot 425).

While this auction has quite a different feel from last December’s sale of Pre-Prohibition Bottles at Christies, it represents an assembly of high-quality whiskies gathered from several different private collections. Viewing is daily from May 31 (you can see the full catalogue online).