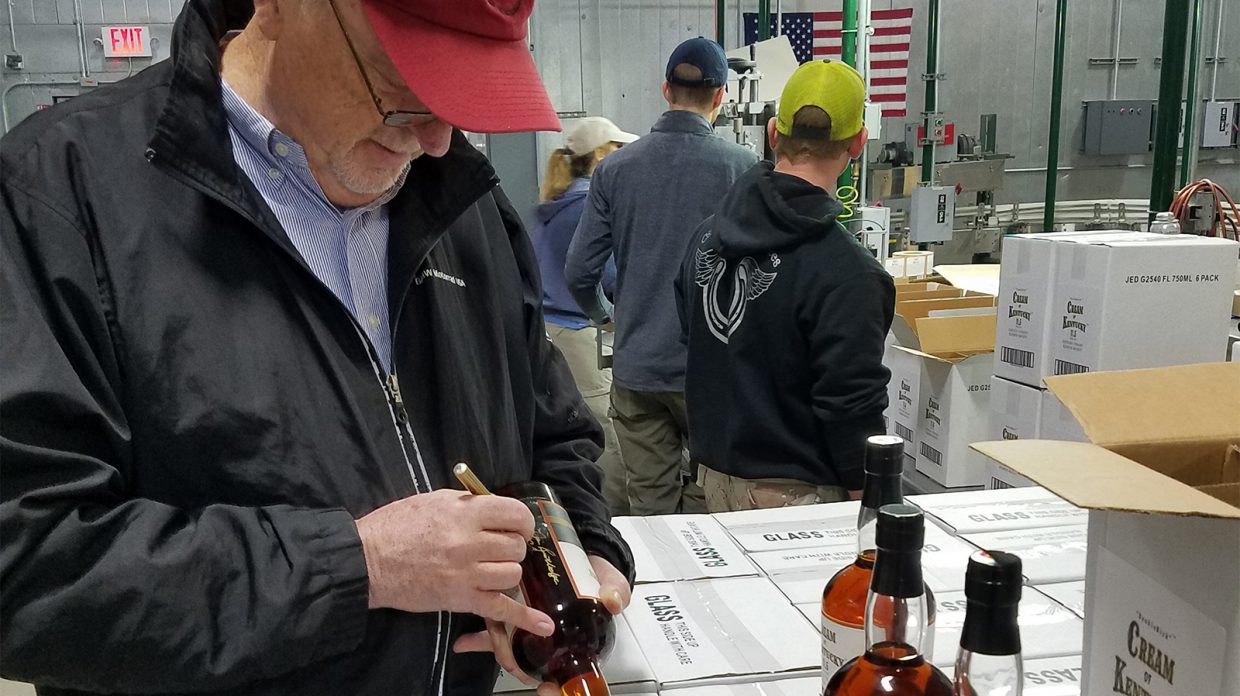 Master distiller Jim Rutledge, formerly of Four Roses, is opening his own distillery and relaunching the Cream of Kentucky bourbon brand. He signed 12 bottles of the initial batch, to be bought at random by lucky whiskey lovers.

Jim Rutledge, who was formerly master distiller at Four Roses, has come out of retirement to open a new distillery and launch new whiskeys. While that project, called J.W. Rutledge Distillery, is in the works, he’s reviving the historic Cream of Kentucky brand using sourced whiskey. The 51% ABV, 11 ½ year old straight bourbon is available now in a handful of states for $150.

Virginia’s Copper Fox Distillery is relaunching its packaging and debuting a new whiskey. Copper Fox Sassy single malt rye is made from 100% malted rye and aged in ex-bourbon barrels with new and used oak and apple wood chips. It’s bottled at 45% ABV and widely available for $57.

Finally, Dillon’s Small Batch Distillers of Ontario is bringing its Three Oaks rye to the U.S. for the first time. The 43% ABV whisky is made with 100% Ontario-grown rye and aged in a combination of ex-bourbon, new American oak, and new Ontario oak casks. It’s hitting shelves at around $49 in California, Florida, and New York starting in March. 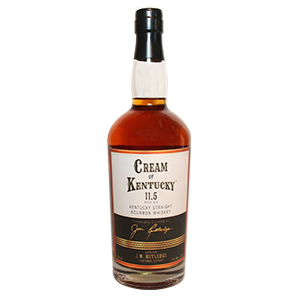 Former Four Roses master distiller Jim Rutledge plans to open a new distillery, reviving the historic Cream of Kentucky bourbon brand as one of its whiskeys. As the plans are still in development, he is bottling this 11 ½ year old straight bourbon, sourced from an undisclosed Kentucky distillery. Of the 9,000 bottles released, Rutledge signed 12 and slipped them into cases being shipped out to several states—a nice “golden ticket” touch for this limited release.

Cream of Kentucky was created in the 1880s by I. Traeger & Co. of Cincinnati—yes, an Ohio distiller branded its whiskey with the state of Kentucky. The whiskey was likely sourced from Kentucky, however. After Prohibition, the brand was re-introduced by Schenley, one of the largest whiskey companies in the country at that time, and grew to prominence in the 1930s and ’40s. Eventually, it declined in popularity and became a blended whiskey. The brand itself was discontinued at some point, most likely in the in the 1980s, and by 1996, the trademark was abandoned.

Rutledge and his partners plan to open the J.W. Rutledge Distillery in Oldham County, Kentucky this year. In addition to Cream of Kentucky, Rutledge will produce other whiskeys under the J.W. Rutledge name. The facility will also offer contract distillation to other whiskey brands, with Rutledge overseeing all production, as well as contract warehousing. 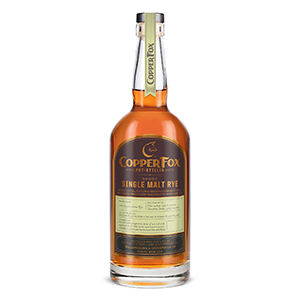 Because it’s aged in used barrels, this whiskey can’t be considered a rye—only new charred oak barrels can be used for that designation. Instead, this is whiskey distilled from a rye mash—in this case, 100% malted rye, a detail that has led Copper Fox to designate it as a single malt rye whiskey. (“Single malt” isn’t a regulated whiskey style in the U.S., by the way.)

Along with this new whiskey, Copper Fox—which has two distilleries in Virginia, in Sperryville and Williamsburg—is rolling out new packaging and branding across its range. Its single malt whiskey (made with malted barley, not rye), formerly called Wasmund’s, will now be known as Copper Fox Original Single Malt. 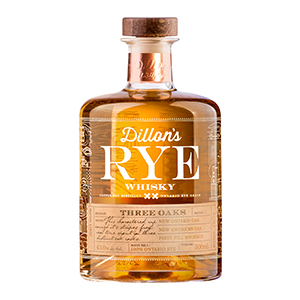 Currently available in Canada, Three Oaks Rye is making its U.S. debut in March. The whisky was pot-distilled in 2013 and 2014 from 100% Ontario rye and aged in a combination of ex-bourbon, new American oak, and new Ontario oak casks. Ten casks are being dumped and blended for this release, yielding around 3,400 bottles.