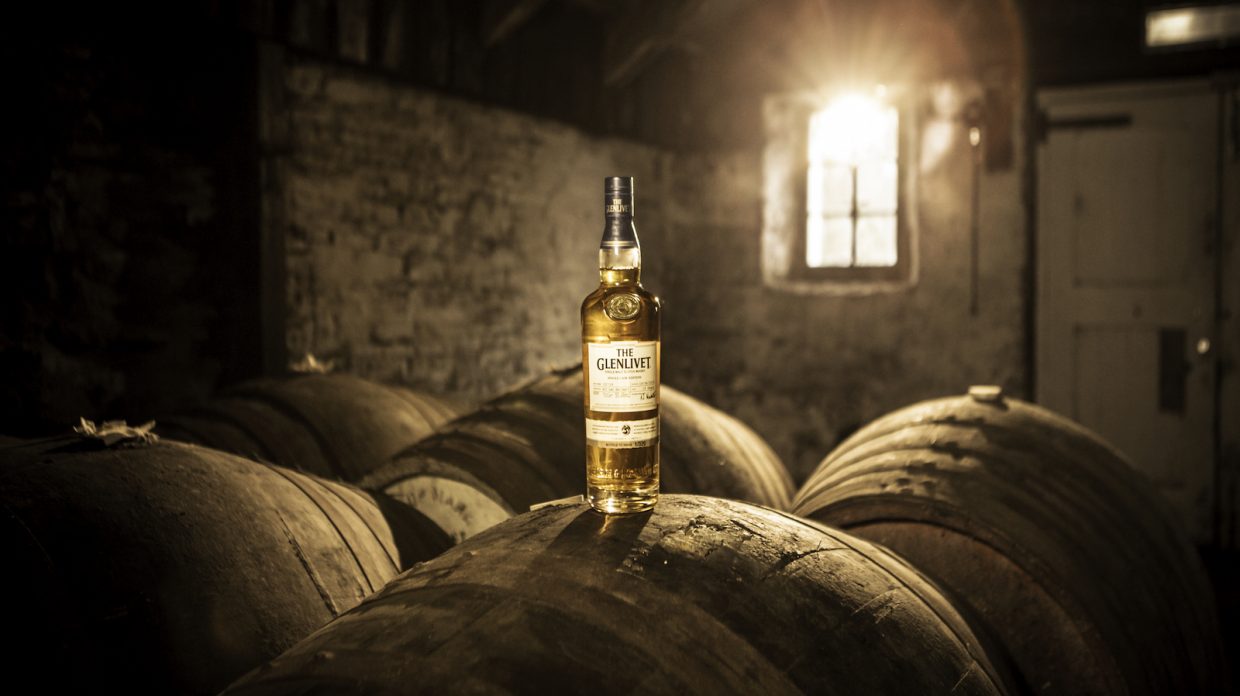 Last week it was Aberlour and Craigellachie, and this week it’s Glenlivet, which is bringing a series of single-cask whiskies to the U.S., available in just six states: California, Florida, Illinois, Massachusetts, New York, and Texas. The ages and ABVs vary, as do the prices, from $269 to $299.

Balvenie is also releasing some single-cask scotch whiskies, but these cost a lot more. The final release of Balvenie’s DCS Compendium, Chapter Five, includes five vintage single malts ranging from 16 to 56 years old. Other than the 1962 Vintage—which can be bought individually for $47,000—these whiskies are only for sale as a set of five, priced at $80,000 with just 50 sets available.

WhistlePig is rolling out the sixth iteration of Boss Hog rye. This year’s release, called The Samurai Scientist, comes from Canada and has some unusual production details. It’s priced at $500 and available in limited amounts.

The third release of Old Charter Oak, made at Buffalo Trace Distillery, has debuted. This time, the limited-edition bourbon is aged in Canadian oak, and priced at $70.

The 2019 batch (Act 7) of High West’s A Midwinter Night’s Dram is hitting shelves. As usual, it’s priced at $100 and available in limited amounts.

Hanson of Sonoma Distillery has unveiled its first whiskey, a single malt aged for four years. Available in limited amounts in California, it’s priced at $125.

Finally, FEW Spirits of Chicago has created a not-quite-a-whiskey that nevertheless looks well worth trying. FEW Cold Cut is a bourbon proofed with cold-brew coffee. Priced at $45, it’ll be widely available as part of the distillery’s core line-up. 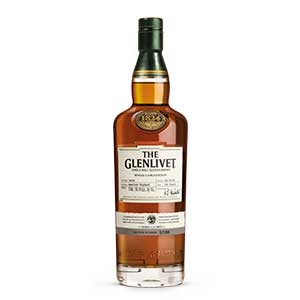 Glenlivet is releasing six different single-cask whiskies in the U.S., for sale in select markets. Each whisky is cask-strength and non-chill filtered.

First Aberlour and Craigellachie, now Glenlivet. What single malt scotch distillery is next to widely release single casks in the U.S. market? Whoever it is, they’ll be welcome; single-cask offerings are a great way to taste a different side of a familiar whisky, bringing more diversity and choice to whisky lovers. The downside is that each cask is necessarily limited to a few hundred bottles at most—so if you find a variant that you like and go looking for more, check the label to make sure that you’re getting the same whisky. 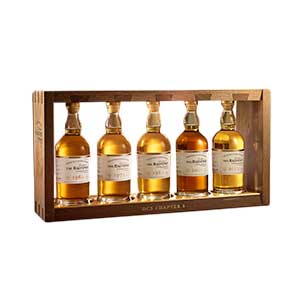 This is the final “chapter” in Balvenie’s DCS Compendium series, which celebrates malt master David Stewart. Called “Malt Master’s Indulgence,” the collection includes five single-cask whiskies, sold as a set (with one available as an individual bottle):

The DCS Compendium’s previous chapters also include five single-cask whiskies apiece, with each chapter honoring a different moment of Stewart’s career—which has been a long one indeed. Stewart started working at Balvenie in 1962, when he was just 17 years old. In the past half-century, he has watched scotch go through many changes—and participated in that process himself. Watch him talk about the evolution he’s been a part of. 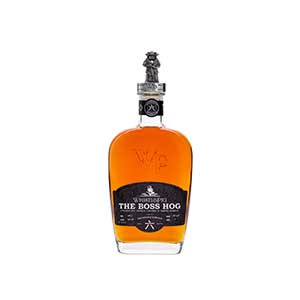 Here’s something unusual, even for WhistlePig: a 16 year old rye, made in Canada using koji during fermentation, and finished in barrels seasoned with umeshu, a plum liqueur. Although master distiller Dave Pickerell had earmarked the liquid as a potential fit for the Boss Hog series, he did not live to see it come to fruition. There are 90 barrels being bottled, all as single barrels at barrel proof, with estimated ABV between 60% and 61%.

Koji is a kind of mold that converts starches to sugar; it’s often used in making soy sauce, sake, and shochu, whose aged, rice-based variants (like Fukano, Ohishi, and Kikori) are sold as whisky in the U.S. This is the first mainstream North American whisky that I know of to use koji as part of its process.

It’s also not common to see umeshu casks as a maturation vessel for whisky, although in this case—though it claims to be the first—WhistlePig is following in another distillery’s footsteps. St. George Spirits in California makes its own umeshu from locally sourced fruit, and uses its casks as part of the maturation program for Baller single malt whiskey. 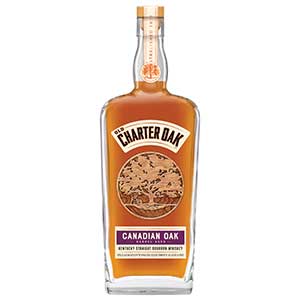 The third release in Buffalo Trace’s Old Charter Oak series, this straight bourbon was matured for a decade in 100% Canadian oak, which has a tighter grain than oak from warmer climates. That means the whiskey penetrates more deeply into the wood, but takes longer to do so.

The Old Charter Oak series is distilled from Buffalo Trace’s mashbill #1, which uses rye as the secondary grain; the spirit is then aged in different types of oak. The first release showcased Mongolian oak, while the second featured French oak. Each batch has different amounts available (Buffalo Trace never says how much), and future variants will highlight other experimental oaks, including oak from trees that are hundreds of years old. 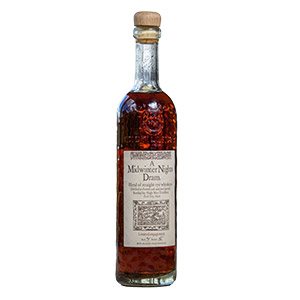 The newest batch of Midwinter Night’s Dram from Utah’s High West Distillery is here. Last year, the blend of straight ryes finished in port barrels included some of High West’s own whiskey for the first time, and that remains the case for Act 7. 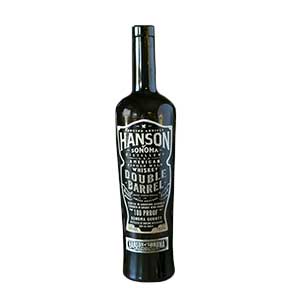 The first whiskey from Hanson of Sonoma Distillery, this single malt was distilled with four types of malted barley, including caramel, biscuit, and chocolate malts. It aged for four years in bourbon barrels and then was finished in oloroso sherry casks.

Hanson is best known for its vodka, distilled from organic grapes—which makes sense given the distillery’s wine country location. But even California’s famous wine regions are getting in on the whiskey scene; along with Hanson, there are numerous other whiskey distilleries in the area, including Sonoma County Distilling Co. and Spirit Works Distillery. 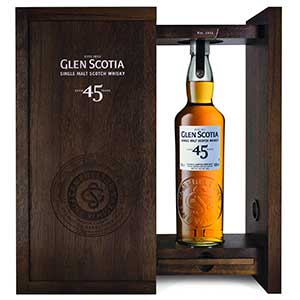 Distilled in December 1973, this whisky matured in refill bourbon casks until 2011, when it was transferred into first-fill bourbon casks. It’s packaged in a wooden case made of sustainably sourced British walnut wood.

This is the oldest Glen Scotia ever released, and among the oldest Campbeltown single malts—certainly the oldest that’s currently on the market. Unfortunately, it’s not for sale in the U.S. 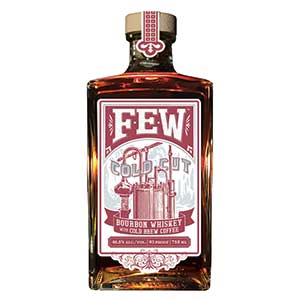 This is not a true whiskey, but it’s worth knowing about: Chicago’s FEW Spirits took its regular bourbon and proofed it down not with water, but with cold brew from Passion House Coffee Roasters.

Because it has coffee added, this is not a true whiskey, but that shouldn’t stop whiskey drinkers from trying it. I’m not encouraging anyone to, say, use it as an eye-opener, but it does seem like a great fit for tailgating before noon football games…