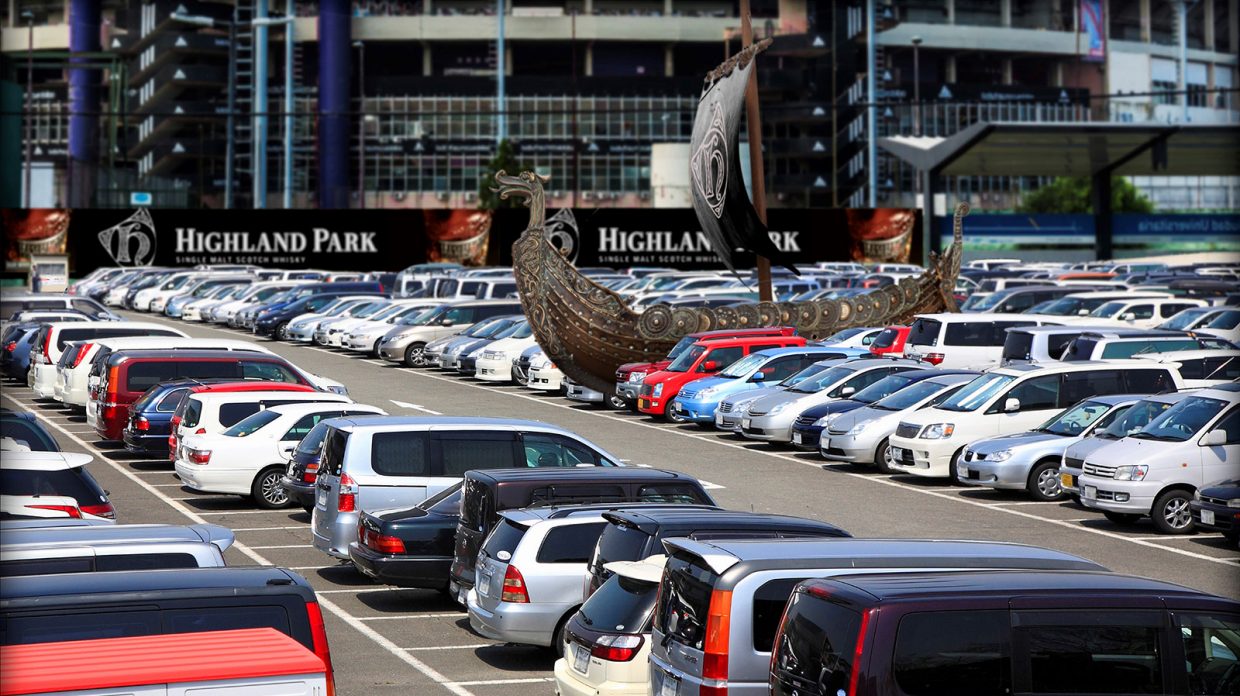 Highland Park and the NFL's Minnesota Vikings have joined forces to launch a whisky-focused tailgate party in a 'Viking ship,' but fans will have to provide their own whisky. (Photo courtesy of Highland Park)

Highland Park has teamed up with the NFL’s Minnesota Vikings for the ultimate tailgate package. The single malt scotch distillery is launching a “Viking ship” replete with warrior-worthy accessories and vassals to carry out orders. The “ship and sip” affair is set to sail into football stadium parking lots this fall at the cost of $117,980. There’s a caveat, however—the package doesn’t include any actual whisky, which for legal reasons must be purchased separately.

The price tag is a nod to 1798; Highland Park says that was the year in which authorities caught founder Magnus Eunson illegally distilling whisky at the High Park spot overlooking Kirkwall—where the distillery sits today. Highland Park is located in the Orkney Islands, an archipelago north of the British mainland that was populated by Vikings for centuries. So in addition to making a perfect tie-in for Minnesota Vikings football fans, this promotion also highlights the whisky’s heritage. (But you don’t have to be a Vikings fan to buy the package.)

Besides the ship itself, built from cedar with leather finishing, the package offers a one-time tailgating bash that includes a “whisky butler” to lead a pre-game tasting, a bartender to mix cocktails, and a private photographer to document it all. The buyer also gets an engraved Gjallarhorn (based on a horn used by the watchman god Heimdallr from ancient Norse mythology to signal the approach of hostile giants) to sound when the favored team scores a touchdown; monogrammed team drinking horns; 4K high-definition screens for watching the actual game; and even private security to ward off nosy onlookers. Highland Park will also arrange for delivery of the ship to the stadium parking lot, and once it’s moored—er, parked—it’s there to tailgate in game after game, all season long. (The butler, bartender, photographer, and security are a one-time deal, however; also, Highland Park cautions against trying to sail the “ship” on water, as it’s “meant for the football stadium.”)

Highland Park is billing the ship’s launch as a celebration of its own rebellious heritage. The Orkney Islands were ruled by Vikings for centuries, and because of their isolation from the mainland, that Nordic heritage endures to this day. Notably, Highland Park overhauled both its core range of single malts and its packaging in 2017, aiming to reflect its identity as “the Orkney Single Malt with Viking soul.”

If you’re ready to host your own Viking tailgate party, email Americas@HighlandParkWhisky.com, but do note that limited quantities are available.