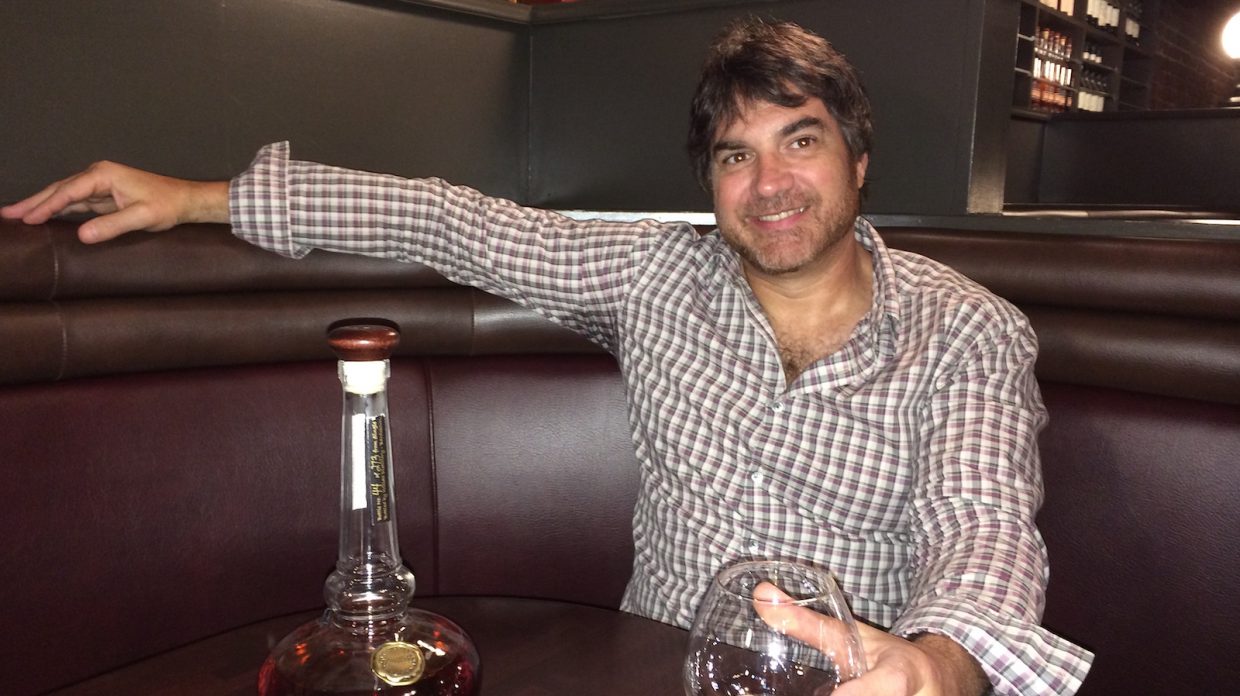 Bill Thomas, owner of Washington, D.C. whisky mecca Jack Rose Dining Saloon, is selling off the venue's entire whisky menu—by the bottle or by the ounce—to keep his staff paid during the COVID-19 crisis.

The whisky community is responding in various ways to the COVID-19 outbreak. Distilleries are producing hand sanitizer, bartenders are broadcasting virtual happy hours, and whisky lovers around the world are sharing their at-home pours through social media. The hospitality industry is being hit particularly hard, as restaurants and bars are limited to pick-up and delivery orders only. One legendary whisky bar, Washington D.C.’s Jack Rose Dining Saloon, is responding to these developments by putting its entire 2,700-plus bottle whisky collection up for sale at a discount of up to 50% off.

“When we come out of this on the other side I want to be debt-free and get everyone back to work—that means selling a shit ton of whiskey,” owner Bill Thomas told The Washingtonian. “It’s going to take a little creativity, a little elbow grease. We’re doing everything we can.”

That includes discounting pour prices for anything below $100 per ounce at 20%; spendy pours over $100 an ounce are now half price. Jack Rose’s website crashed, but the per-ounce list and full “whisky bible” is available on Dropbox. Jack Rose will package any purchases into smaller, sealed bottles for transportation home. In addition, the bar will be selling full unopened bottles at a cost Thomas refers to as below secondary market price, and cocktails to-go for $10 apiece.

The pop-up whisky shop—which also includes Jack Rose’s sister restaurant, The Imperial, just a few doors down the block—opens today, Friday, March 20 from 1 p.m. to 10 p.m., with Thomas on-site daily. Advance orders and curbside pick-up are available as well. We’ve reached out to Thomas for additional details and will provide updates as they become available. Meanwhile, check out some especially notable and rare pours from the bar’s full list.

If you’re in the D.C. area, this is a great chance to try something rare or elusive at a lower price and support one of the country’s best whisky bars. At the time of publication, a list of full bottles for sale has not been made available.

All prices listed by 1 oz. pours. Full prices listed; pours below $100 are 20% off, while those $100 or greater are 50% off. Recommendations by Susannah Skiver Barton

Arran Devil’s Punch Bowl—$34 to $45. Editions No. 1 and No. 2 of this rich, cask-strength island single malt are both available.

All the Ardbeg—$8 to $68. Looking for Committee Release versions of past limited editions, or older popular releases Auriverdes, Galileo, or Supernova? There’s a treasure trove here.

Rosebank—$36 to $62. This closed (but soon to be revived) Lowlands distillery produced some lovely triple-distilled whisky. You’ll likely never find so many offerings in one place again.

Antique and Jack Rose exclusive whiskeys—Varies. Peruse the full list to see the range of older bottlings and single barrels on offer; they’re easy to spot thanks to the red text.

Booker’s Rye 2016 Limited Edition—$75. This one isn’t coming back, so take your chance to try it if you can.

Old Forester Birthday Bourbon—$40 to $75. Jack Rose doesn’t have the full vertical, but with ten different releases available, you’re likely to find at least one to try.

Willett Family Estate—$15 to $95. Take your pick from literally dozens of Family Estate bourbon and rye bottlings, all at barrel proof.

Buffalo Trace Experimental Collection—$18 to $55. From the Infrared Light Wave barrels to Organic 6 Grain, a huge variety of Buffalo Trace’s experimental bourbons is up for grabs. There are over a dozen bottlings from the Single Oak Project too, plus many more rare expressions from across the distillery’s range of brands.

Japan-Only Maker’s Mark—$65. There are two options to try of this release that went only to the Japanese market.

Wild Turkey—Varies. There are too many great options to recommend just one or two; go wild!

Wilderness Trail Single Barrels—$8. Pick up all ten different barrels of wheated bourbon for just $40 after discounting—it’ll make a killer comparative flight. There are a dozen or so single barrels of rye too.

Yamazaki 18 year old—$55. This bottling is rare as hen’s teeth these days, but worth savoring in a moment of crisis.

Amrut 8 year old Greedy Angels—$38. This is the 2017 edition of Greedy Angels, but don’t limit yourself—the other Amrut options are all solid too.

High-Proof Bushmills—$35 to $78. Northern Ireland’s classic single malt is almost always bottled at 40% ABV, but tasting it at cask strength can be eye-opening. Jack Rose has two such bottles available.