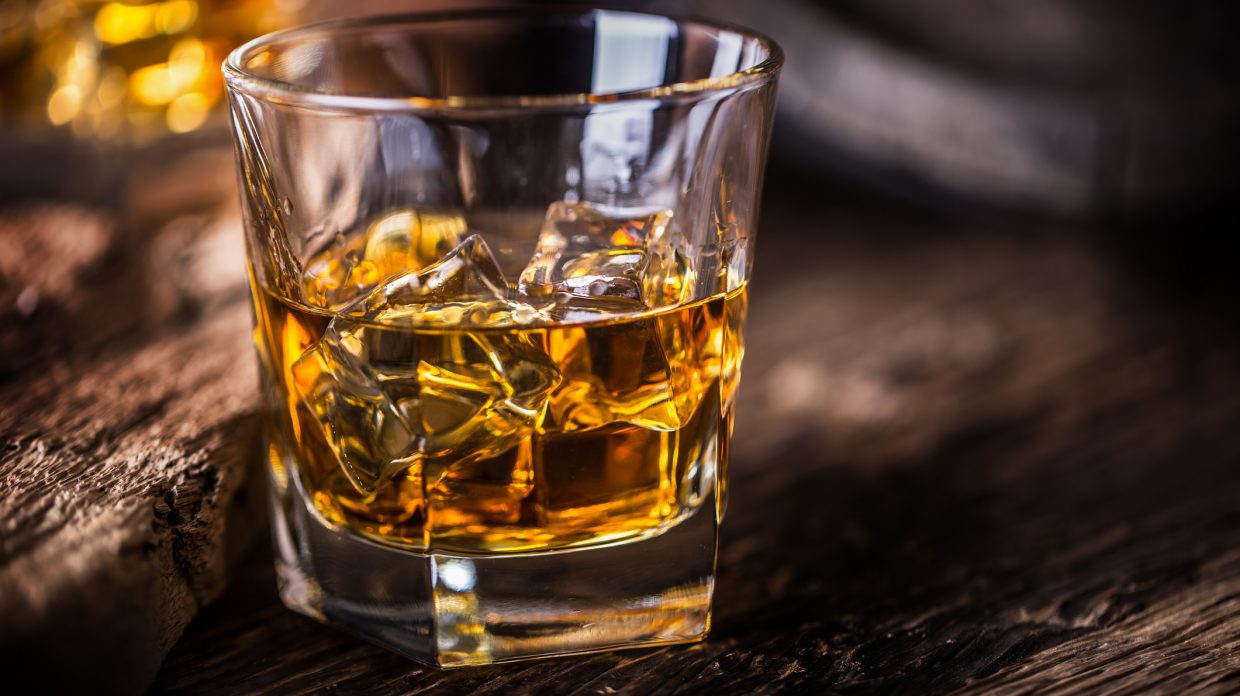 New whisky season is upon us, with releases from Jim Beam, Glenmorangie, WhistlePig, and more. (Photo by iStock/MarianVejcik )

The surest sign that summer has ended? A slew of new whisky releases have been announced—plus some major news. In case you missed it, Angel’s Envy has filed plans to build a second distillery, located in Henry County, Kentucky, and Wyoming Whiskey has formed a strategic partnership with Edrington Group, the parent company of Macallan, Highland Park, and Glenrothes.

But that’s not all: there are lots of new whiskeys to anticipate. Jim Beam has announced a limited-edition bourbon celebrating the 85th anniversary of Repeal. Jim Beam Repeal Batch is non-chill filtered and will cost $18, available nationwide starting this fall.

Meanwhile, WhistlePig has unveiled the fifth edition of its single-barrel, barrel-proof Boss Hog range. Boss Hog V: The Spirit of Mauve is a 13 year old straight rye finished in calvados casks and named for one of the distillery’s “founding pigs,” Mauve, who passed away earlier this year. The $500 whiskey will be available in limited amounts.

GlenDronach is bringing back its 15 year old single malt after an absence of several years. The sherried whisky has not changed in ABV (46%) or price ($90), and is sure to be welcomed back by many fans who enjoyed the previous iteration.

Glenmorangie is launching the third whisky in its Bond House No. 1 collection. Glenmorangie Grand Vintage Malt 1993 will be available only at travel retail for $650-$675. The 25 year old single malt spent a whopping 15 years finishing in bual madeira casks.

Another madeira-finished whisky is about to roll out, albeit with fewer years of maturation: Amrut Madeira Cask Finish is the first Indian single malt to use that specific cask type. Of course, in India, whisky matures much more rapidly due to the temperature and other climate conditions. At $150, this whisky will be available across the U.S.

Barrell’s latest batch, 016, is on store shelves now. Comprised of bourbons from Kentucky, Indiana, and Tennessee, ranging in age from 9 years 9 months to 15 years old, the whiskey has a recommended price of $90.

St. George Spirits is bringing back its Breaking & Entering brand, which indicates the distillery’s use of sourced whiskey. Breaking & Entering was previously a bourbon, but now is a blend of whiskeys, including sourced straight bourbon and straight rye, and a malt whiskey made at St. George’s distillery in Alameda, California. The whiskey will be widely available for $40.

Meanwhile, an aged Irish single malt is about to hit shelves. Egan’s Legacy Reserve is a 15 year old single malt aged in ex-bourbon barrels. It has a recommended price of $200, and just 1,000 bottles are available.

Finally, Virginia Distillery Co. is releasing the third batch of its Cider Cask Finish Virginia-Highland whiskey, which blends sourced blended malt from Scotland with single malt whiskey made at the Virginia distillery. The whiskey will be available in about a dozen states and online for $65. 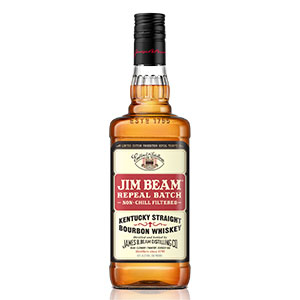 A new straight bourbon from Jim Beam, this whiskey celebrates the 85th anniversary of the repeal of Prohibition. It is non-chill filtered and comes in a bottle reminiscent of the distillery’s packaging in the 1930s.

Like Jim Beam Distiller’s Cut, which was a limited-edition release last year, this bourbon is not chill filtered, meaning it retains some of the oils and fats that give whiskey a full, rich mouthfeel. If you drink it over ice, you may notice some clouding in the whiskey. Don’t worry—there’s nothing wrong with your bourbon! That’s simply the reaction of the oils and fats to the colder temperature. 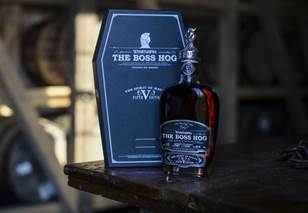 WhistlePig The Boss Hog V: The Spirit of Mauve

The fifth release in WhistlePig’s barrel-proof, single-barrel Boss Hog series, this is a 13 year old straight rye whiskey finished in calvados casks. Calvados is a French apple brandy, and apples were the favorite food of Mauve, the deceased pig for whom this whiskey is named. The whiskey comes packaged in a casket-shaped box, in homage to the animal.

WhistlePig sources aged rye from MGP Ingredients and Alberta Distillers in Canada, but Whisky Advocate hasn’t yet been able to confirm which supplier provided this whiskey. We will update this story with that information when it’s available.

WhistlePig doesn’t release a Boss Hog whiskey every year; the last one, Boss Hog IV: The Black Prince, came out last year, but before that there was a two-year gap.

This isn’t the first Boss Hog release named for a deceased pig, by the way. The Boss Hog II: The Spirit of Mortimer honored the other “founding celebrity pig” of the distillery, Mauve’s partner, Mortimer, who died in 2014. 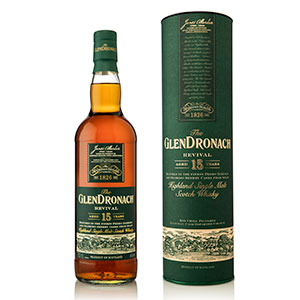 GlenDronach is bringing back its 15 year old single malt, matured in both oloroso and Pedro Ximénez sherry casks. The whisky was previously available but had disappeared from shelves in the last few years as stocks were thin.

It’s always a great year when a beloved old favorite makes a return—and what could be more appropriate than the name Revival? I have personally been waiting for the re-release of this whisky for a long time. GlenDronach makes some of the best sherried Highland single malts, and its 15 year old has always, to me, stood out as a quintessential example of the style. When it was last reviewed, this whisky scored 93 points. I look forward to seeing how the 2018 version measures up.

If you want to know more about how GlenDronach uses different types of sherry casks in maturation, check out this video where master blender Rachel Barrie breaks it down. 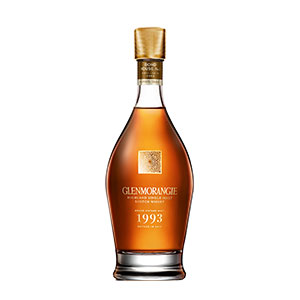 The third release in Glenmorangie’s Bond House No. 1 collection, this single malt spent 10 years maturing in ex-bourbon casks. It was then transferred to bual madeira casks, where it spent another 15 years in secondary maturation.

Can you really call a 15-year secondary maturation period a “finish”—especially when the first maturation stage was only 10 years? When it comes to Glenmorangie—whose director of maturation and whisky stocks, Bill Lumsden, is well-known for his complex cask finishes—it’s hardly worth arguing one way or another. Just taste the whisky, if you can, and enjoy the rare experience of a lengthy madeira cask maturation.

The first release in the Bond House No. 1 collection, Grand Vintage Malt 1990, scored 92 points in our Buying Guide. 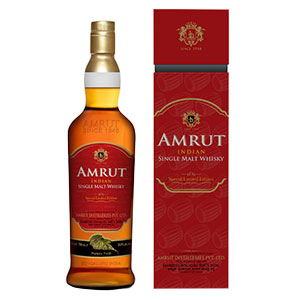 Made at Amrut Distillery in Bangalore, India, this single malt whisky is finished in a madeira wine cask.

As the first Indian distillery to release a single malt whisky abroad, Amrut has led the field in many ways, including offering creative finishes. This is the first Indian whisky to be finished in madeira casks. Ashok Chokalingam, one of Amrut’s distillers, will be touring the U.S. in September and October to introduce the whisky to new and old fans alike; more information about the dates and cities he’ll be visiting can be found here.

Want to know more about Indian whisky? Check out this article about my trip to India, and the fascinating whisky discoveries I made. 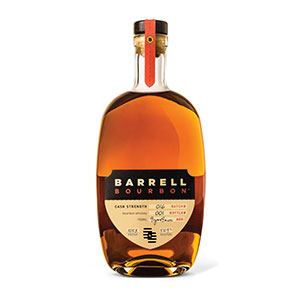 The sixteenth batch of Barrell Bourbon includes three whiskeys sourced from Kentucky, Indiana, and Tennessee and at three different ages: 9 years and 9 months, 11 years, and 15 years.

Every batch of Barrell Bourbon tastes deliberately different, blended from whiskeys that vary each time. The company says that Batch 016 has a “distinct toasted orange note.” 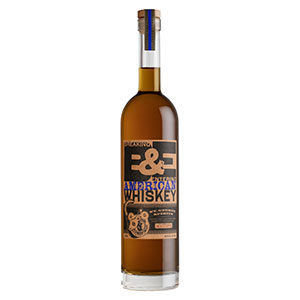 This is a blend of straight bourbon sourced from Kentucky and Tennessee, and straight rye from Tennessee along with some malt whiskey made by St. George Spirits in Alameda, California. The malt whiskey isn’t straight because it was aged in both new and used barrels. It is bottled under the Breaking & Entering label (rather than St. George) to indicate that much of the whiskey was sourced.

Longtime fans of St. George Spirits might remember its Breaking & Entering bourbon, which was available from 2011 to 2014, when stocks of the sourced whiskey ran out. This is not the same whiskey, but it’s made in the same spirit, the result of the blending skills of master distiller Lance Winters and head distiller/blender Dave Smith. Unlike the bourbon, Breaking & Entering American whiskey will have much wider availability.

We’ve been seeing many blends of multiple whiskey styles lately, a trend that has been building for years: witness High West’s Campfire and Bourye, and Little Book The Easy, the number-11 whiskey in the Top 20 whiskies of 2017. This trend isn’t going away—and for those of us who like diversity and new flavors—more easily achieved through blending than sticking with one style—that’s a good thing. 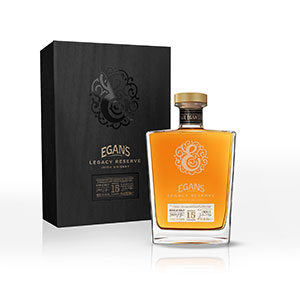 While there are many Irish whiskeys to try these days, most are traditional blends; Irish single malt at a high age is still rather uncommon. Egan’s 10 year old single malt scored 92 points in the Whisky Advocate Buying Guide. We’re looking forward to reviewing this whiskey soon. 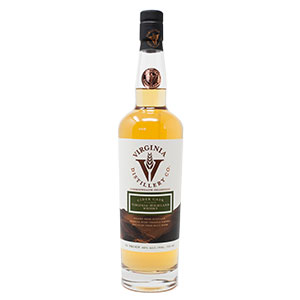 A combination of blended malt from the Highlands of Scotland and single malt made at Virginia Distillery Company, this whiskey was finished in cider casks from two local cideries: Potter’s Craft and Buskey.

While its own single malt whiskey continues to mature, Virginia Distillery Company is blending in some of that liquid with malt whisky sourced from Scotland. The distillery offers several cask-finished whiskies, including some finished in chardonnay, port, and beer barrels.

Look for my review of Batch 2 of Virginia Distillery Co.’s Cider Cask Finish in the Fall 2018 issue of Whisky Advocate.