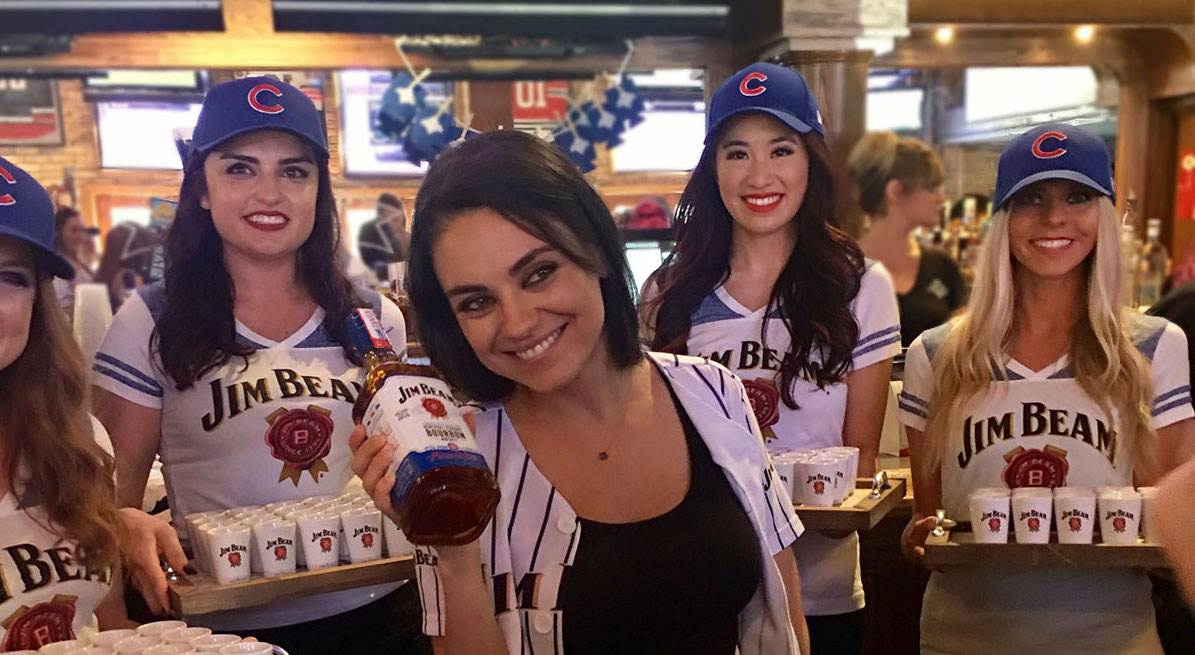 As part of its partnership with the Chicago Cubs, announced earlier this year, Jim Beam is rolling out a limited-edition bottle of its trademark bourbon that celebrates the team’s World Series win last fall. The “Game 7 Batch” purportedly reached maturity—a full four years of age—the very night of the final championship game, November 2, 2016.

Jim Beam spokeswoman Mila Kunis revealed the new bottle this past weekend after throwing the first pitch at Wrigley field before the Cubs’ game versus the Milwaukee Brewers. (The Cubs won, 11 to 6.) The bottle’s label features the Cubs’ signature red and blue and comes packaged with a commemorative blue cap. It will cost $18 a bottle, available at Chicago-area retailers starting in June.