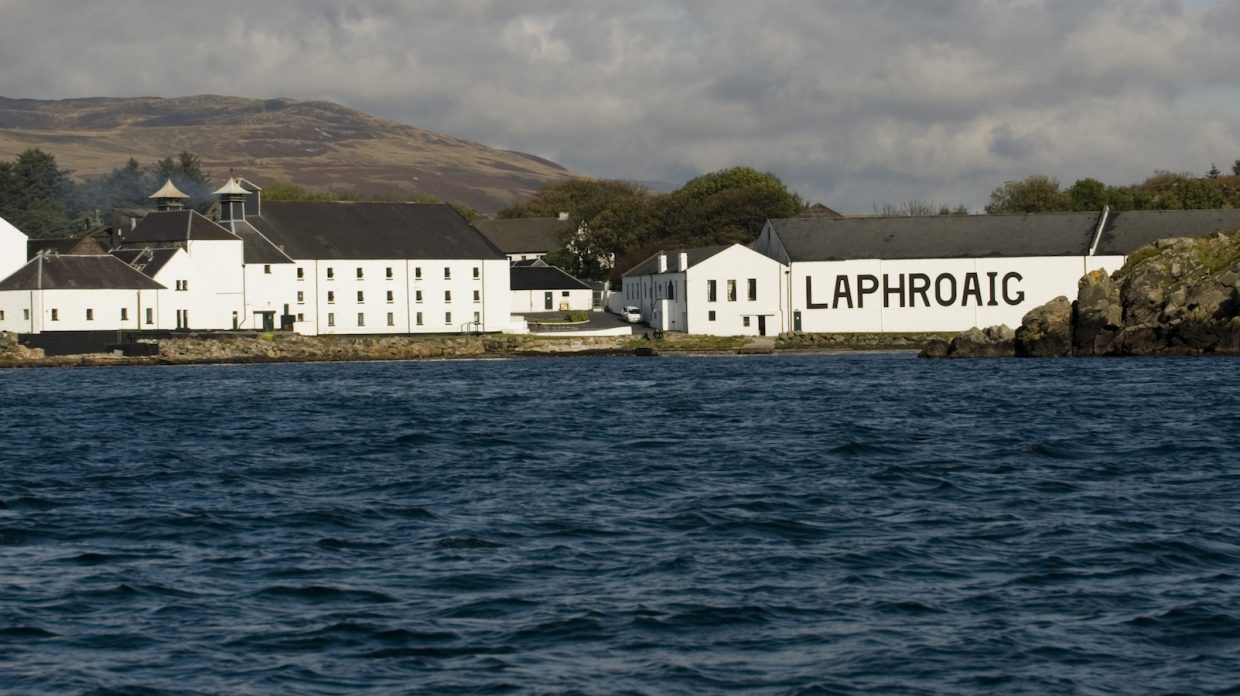 Laphroaig is rolling out its annual limited-edition Cairdeas bottling. This year, it's a cask-strength version of Laphroaig Triple Wood.

Missouri has joined Kentucky and Tennessee in regulating specific rules for its own style of whiskey—in this case, Missouri bourbon. We spoke to distillers about the measure, which includes an unusual requirement for barrels made of Missouri-grown oak. But for those of you heading to the liquor store (which you should be doing every time you travel, by the way), there are several new whiskies to seek out.

Laphroaig is rolling out the 2019 Cairdeas. This year, it’s a cask-strength (59.5% ABV) version of the distillery’s Triple Wood expression. It’s available in limited amounts for $80.

Shortly after confirming that its Quinta Ruban expression is going from 12 to 14 years old, Glenmorangie has revealed that it’s dropping the age statement for Nectar D’Or, which was previously bottled at 12 years old. The whisky’s price ($77) and availability remain the same.

Loch Lomond Distillery has released a special-edition 2002 vintage single malt in partnership with pro golfer Cristie Kerr, finished in pinot noir casks from her winery, Kerr Cellars. Priced at $200, there are 4,000 bottles available. More details about the whisky and Kerr’s collaboration with Loch Lomond can be found in my in-depth article published earlier this week.

Meanwhile, Denver’s Leopold Bros. is launching a straight bourbon at 4 years old, made using heirloom rye and house-malted barley. The bourbon is currently available in Colorado at $50, with expanded distribution to come.

Barrell’s latest batch of bourbon (Batch 020) is rolling out, comprised of bourbons from Tennessee and Kentucky aged 10-14 years. The whiskey is available in limited amounts, priced at $90.

Finally, a new single malt from Finland’s Teerenpeli Distillery is hitting the U.S. Teerenpeli Portti was finished in port casks. It’s available in ten states for $125. 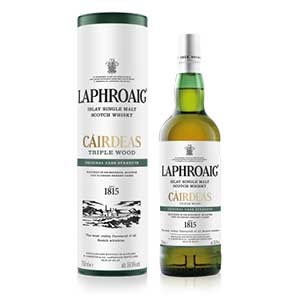 The 2019 release of Cairdeas is an amped-up version of Laphroaig Triple Wood: matured first in bourbon casks, then quarter casks, and finally European oak oloroso sherry casks. But rather than being bottled at 48% ABV, this is a cask-strength expression, clocking in at 59.5% ABV.

Laphroaig Triple Wood scored 93 points in the Buying Guide. This version has 24% more alcohol; logically (because alcohol contains lots of flavor molecules, and thus higher alcohol = more flavor), it should be even tastier. Stay tuned for a review in the Whisky Advocate Buying Guide! 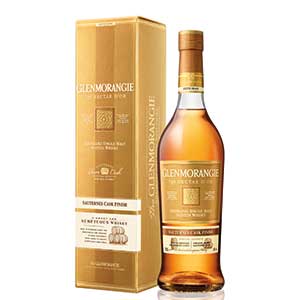 Most whisky fans are disappointed to see an age statement get dropped, and it remains to be seen whether Glenmorangie Nectar D’Or (88 points) will retain its high quality once it’s no longer 12 years old. On the other hand, the brand just raised the age of Quinta Ruban from 12 to 14 years old, and kept the price the same—so it’s not all bad news. 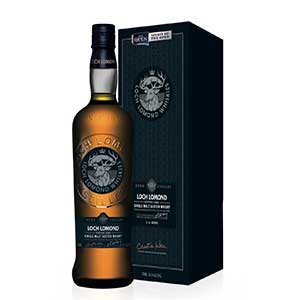 Distilled in 2002, this single malt spent most of its life in bourbon casks before undergoing a 10-month finish in pinot noir casks from Kerr Cellars, a California winery owned by pro golfer Cristie Kerr.

I met with Cristie Kerr last week to talk scotch, wine, and how the collaboration with Loch Lomond makes sense for her both professionally and personally. 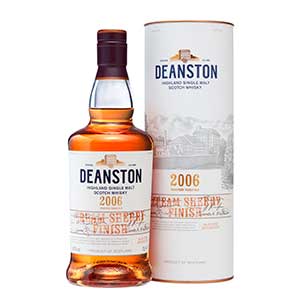 Distilled on January 27, 2006, this whisky matured first in refill hogsheads. On May 19, 2016, it was transferred into cream sherry hogsheads for a lengthy finish—nearly three years. 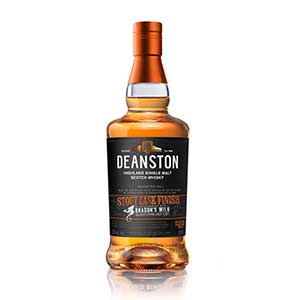 Distilled in December 2012, this single malt matured first in re-charred casks, then was transferred to Dragon’s Milk stout barrels from Michigan’s New Holland Brewing in October 2017.

Both of these Deanstons have relatively unusual finishes. While sherry casks are totally ordinary for scotch, they’re usually oloroso or PX; much less common is cream sherry, a style that usually blends dry sherry with sweet, or even with grape must. Meanwhile, beer barrel-finished whisky has become a part of the canon now, but the fact that Deanston used New Holland beer barrels for this finish is interesting—especially considering that New Holland makes bourbon and rye finished in Dragon’s Milk stout barrels. 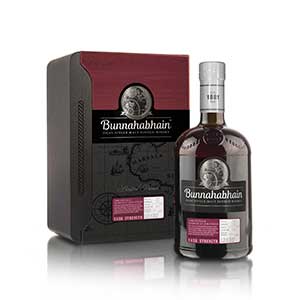 Distilled on December 1, 1988, this whisky matured in “traditional oak” (i.e. ex-bourbon, probably second- or third-fill) casks until July 7, 2016, when it was transferred to marsala casks. 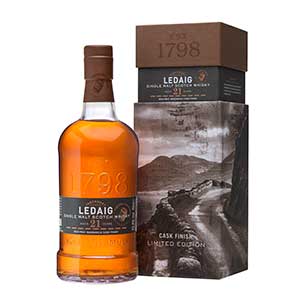 Spec’s is the largest retail liquor store chain in Texas, and restrictive shipping laws mean that if you live out of state (and even some places in state) and want any of these whiskies, you’ll have to buy them in person. 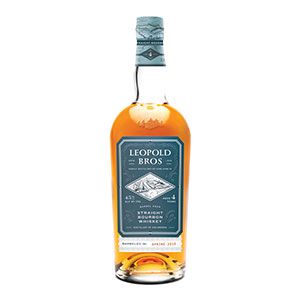 While Leopold Bros. Distillery previously released a 3 year old straight bourbon in 2017, that product had a slightly different mashbill and lower barrel-entry proof. This new bourbon is made with a mashbill of 64% corn, 21% malted barley (including two-row barley that was malted on-site and a small amount of specialty malts), and 15% Abruzzi heritage rye, filled into barrel at 50% ABV, and matured for 50 months in Leopold Bros.’ dunnage-style warehouse.

The definition of the word “craft” is fairly contentious, but Leopold Bros.’ claim to it should find few detractors. Head distiller Todd Leopold has spent years researching heirloom grain varieties, cultivating unique yeasts, and making hands-on and analogue processes—like traditional floor maltings and dunnage-style warehousing—an integral part of his practices. He even commissioned a custom three-chamber still, the only one of its kind in the world, to make the distillery’s Maryland-Style rye. After years of anticipation, I look forward to tasting this 4 year old bourbon—look for a review in an upcoming issue of Whisky Advocate. 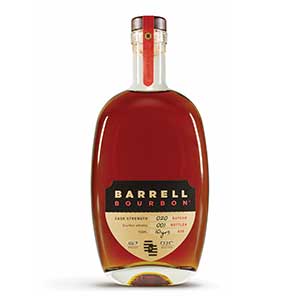 The latest batch of Barrell bourbon is a blend of straight bourbons, aged 10 and 14 years, sourced from Tennessee and Kentucky.

Barrell’s bourbon blends tend to score well in the Whisky Advocate Buying Guide; Batch 017 was rated 90 points, while Batch 016 scored 89 points. Batches 018 and 019 will be reviewed in the Fall issue—stay tuned! 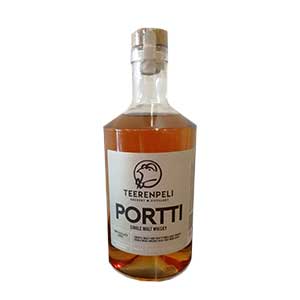 Made at Finland’s Teerenpeli Distillery, this whisky is aged for 3-4 years in bourbon barrels and finished for a year and a half in port casks.

This is the second Finnish whisky available in the U.S., joining its sister expression, Kaski, a lightly peated single malt fully matured in sherry casks, which came out earlier this year. 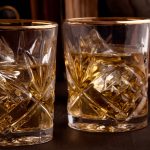 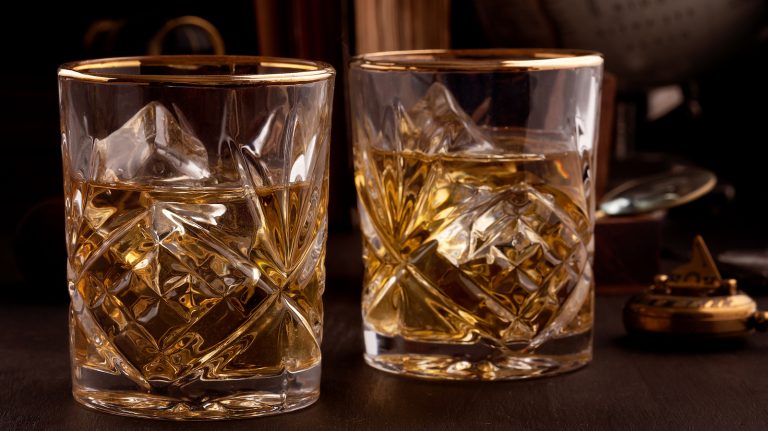 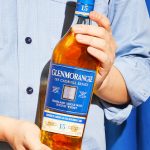 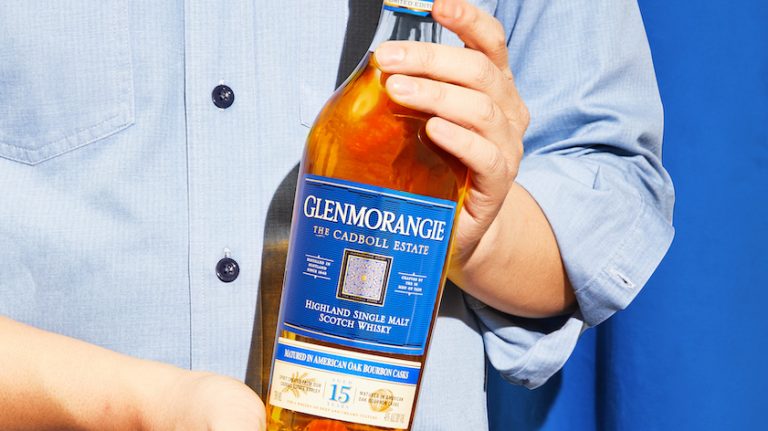