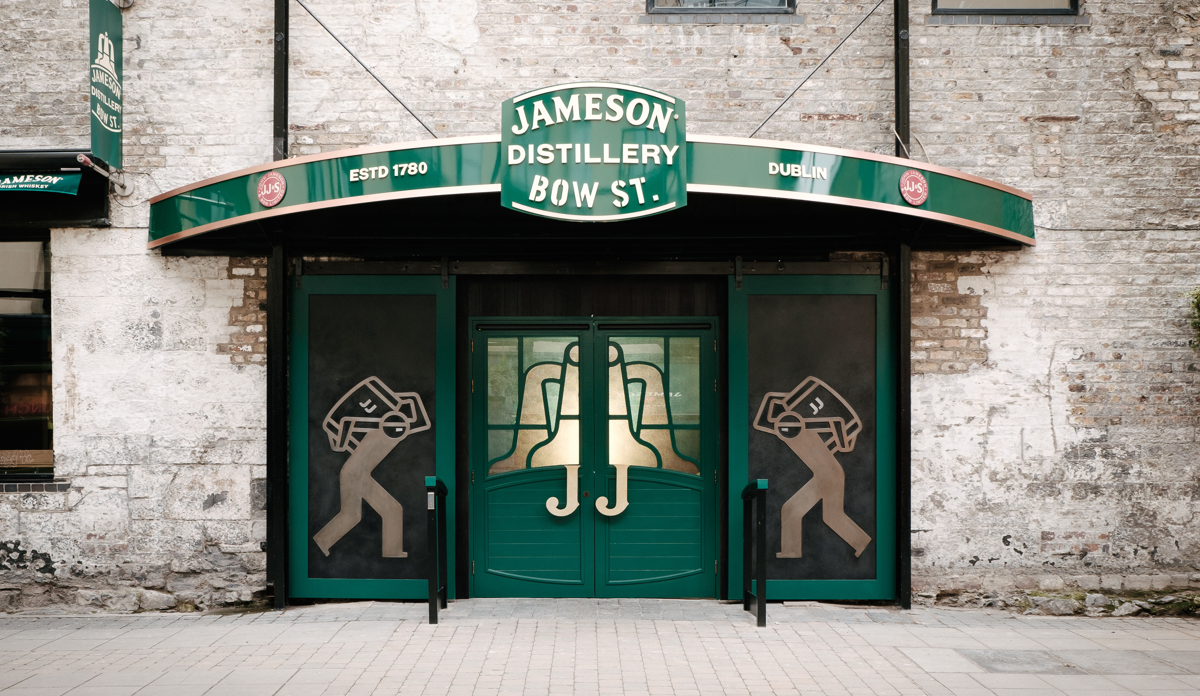 Jameson (Dublin visitor center pictured) is rolling out The Blender's Dog in the United States.

New whiskies this week truly run the gamut from Irish blends to craft rye, with ages ranging from 8 months to 18 years.

Jameson is launching The Blender’s Dog in the U.S. The whiskey is part of Jameson’s Whiskey Makers Series, which celebrates the different crafts that go into producing a finished whiskey. In Winter 2016, the Blender’s Dog was rated alongside the other two whiskeys in the line, The Cooper’s Croze and The Distiller’s Safe (all were available in Europe first)—and The Blender’s Dog outshined its siblings with a 90-point rating. It should be easy to find on store shelves.

Speaking of American rye, Redemption is releasing its oldest whiskey to date, an 18 year old rye that was made at the then-Seagram’s (now MGP) Distillery in Indiana. The price is hefty, but then again, so is that age statement. Much younger and more affordable is Davidson Reserve rye, which is made at Pennington’s Distillery in Tennessee and aged for three years in full-size barrels.

Other new American whiskeys include Conviction Small Batch, an 8 month old bourbon from North Carolina’s Southern Grace Distillery, which is located in a former prison. Mad River Distillers in Vermont is rolling out its second edition of Hopscotch single malt whiskey, which was made using Scotch ale from Stone Corral Brewing. And Saint Lawrence Spirits in New York is releasing four new whiskeys, each aged about a year: a bourbon, a rye, a malted rye, and a whiskey made with corn and malted rye.

There’s a new whisky brand coming from Bordeaux, France. Moon Harbour Distillery only began distilling in September 2017, so currently its whiskies are sourced from Scotland. Pier #1, a blended whisky, and Pier #2, a blended malt from Islay, will be available in early 2018. The whiskies are blended by John McDougall, a longtime scotch distillery manager whose resume includes stints at Springbank and Laphroaig, among others.

Finally, drinkers outside the U.S. can get their hands on a 40 year old Glenglassaugh from Woolf Sung. It’ll run you £950 (about $1,241), but that’s a bargain price compared to many whiskies of similar age. Read on for full details. 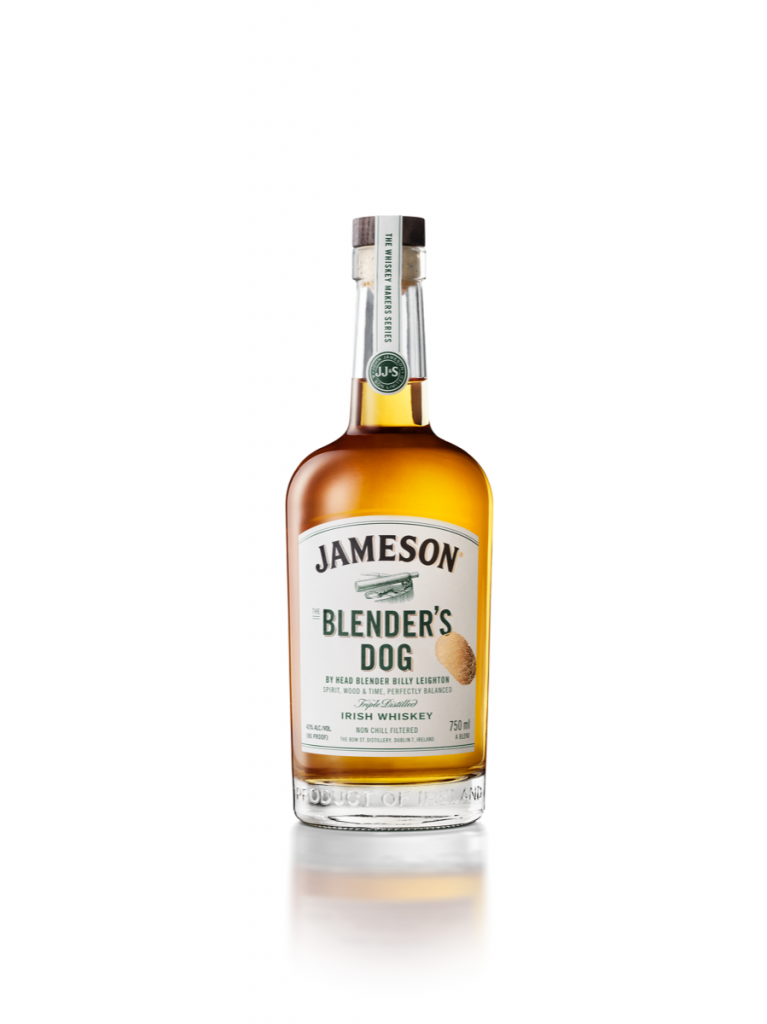 Following up on The Cooper’s Croze in its Whiskey Makers Series, Jameson is launching The Blender’s Dog in the U.S. (It was previously available in Europe.) Naturally, it’s a blended whiskey and celebrates the art of blending as practiced by master blender Billy Leighton. A “dog” is a tool—effectively a cylindrical dipper on a chain—that distillery workers use to sample whiskey straight from the barrel.

The Blender’s Dog scored 90 points in the Winter 2016 Buying Guide, compared to The Cooper’s Croze (85 points) and regular Jameson (82 points). This one is definitely worth trying. 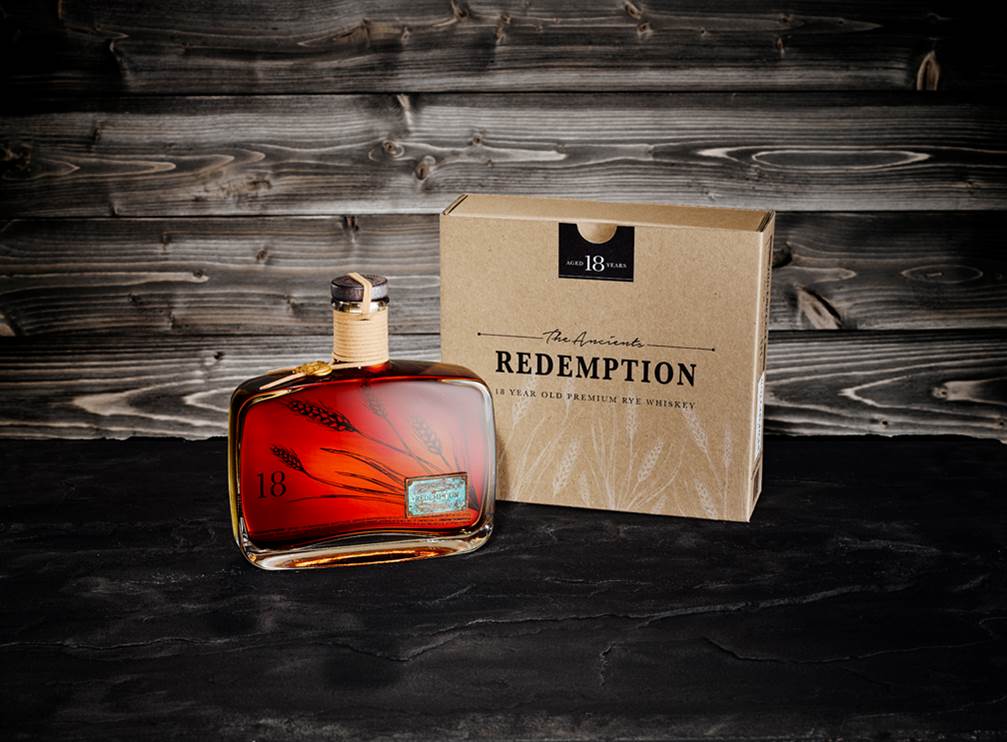 Redemption is releasing its oldest whiskey ever—an 18 year old rye made at what is now MGP Distillery in Indiana. But back in March 1998, when the whiskey was barreled, the distillery belonged to Seagram’s.

Yes, $450 is a heck of a price for a bottle—but rye whiskey at legal voting age doesn’t come along every day. If you’re into hyper-aged American whiskey and don’t mind spending the money, you may want to check it out. 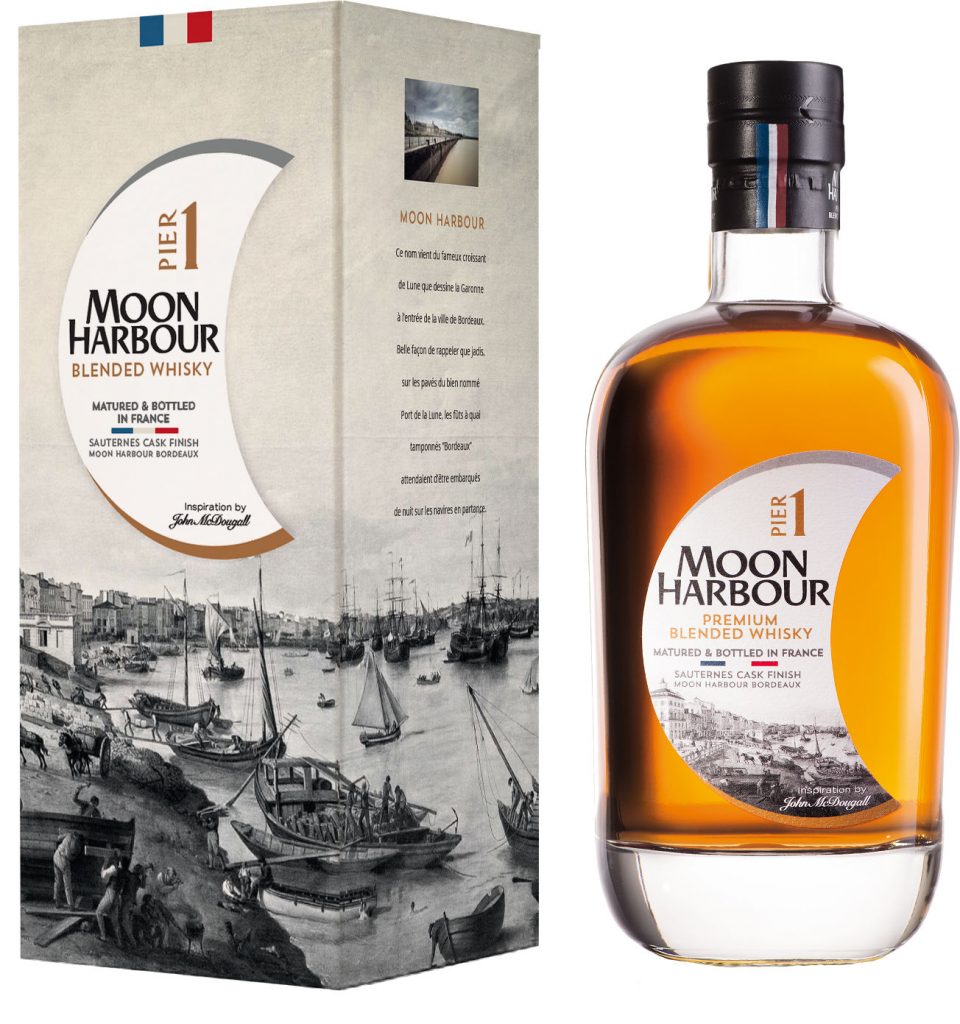 Moon Harbour Distillery is located in Bordeaux, France, and began distilling in September 2017. These whiskies, named for the piers of the port city, are sourced from Scotland and blended by John McDougall, who managed Springbank and Laphroaig, among other scotch distilleries. Pier #1 is a blended whisky that uses Speyside malts and is finished in Sauternes wine barrels, while Pier #2 is a blended Islay malt finished in red wine barrels. Both whiskies will launch in the U.S. in early 2018.

Though currently bottling sourced whisky, Moon Harbour’s goal is to distill locally grown barley, as well as to create a malted corn whisky. The distillery’s location in Bordeaux, France’s famed wine region, will surely allow it access to high-quality barrels like the ones used for finishing these first two expressions. 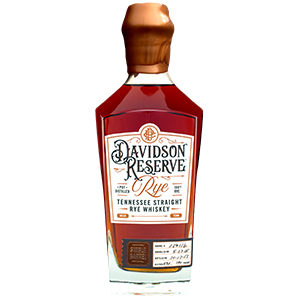 Made by Pennington’s Distilling Company (formerly Speakeasy Spirits Distillery), this single barrel whiskey was made with 100% rye (including 10% malted rye) and aged for about 3 years in 53-gallon charred oak barrels. The distillery is bottling 23 barrels for its first release.

Pennington’s uses locally grown grains and began distilling whiskey in 2014. Everything is aged in full-size (53-gallon) barrels. The distillery’s bourbon and Tennessee whiskey are still aging, and are at least a year away from release. 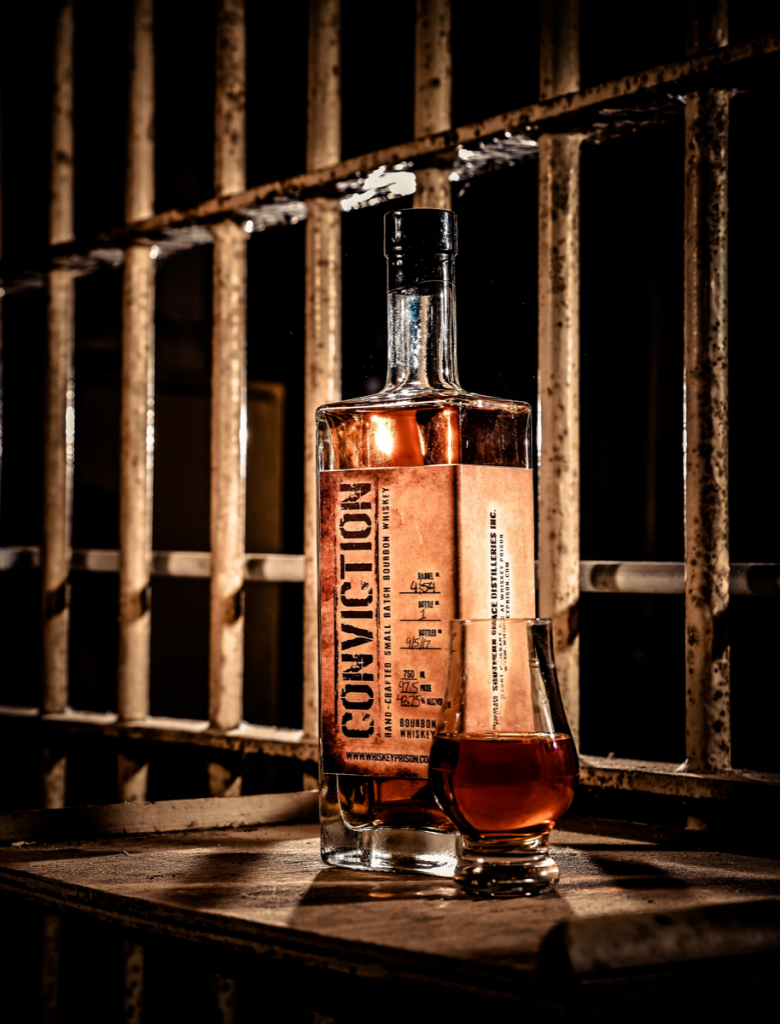 This is the first release from North Carolina’s Southern Grace Distilleries, which is located in a former prison. It’s an 8 month old bourbon that was aged in 10- and 15-gallon barrels and bottled at cask strength.

Like many craft distilleries, Southern Grace’s first bourbon is young and aged in small barrels. But the distillery—which calls itself “Whiskey Prison”—also has full-size barrels of aging bourbon, which will be ready in 2019. 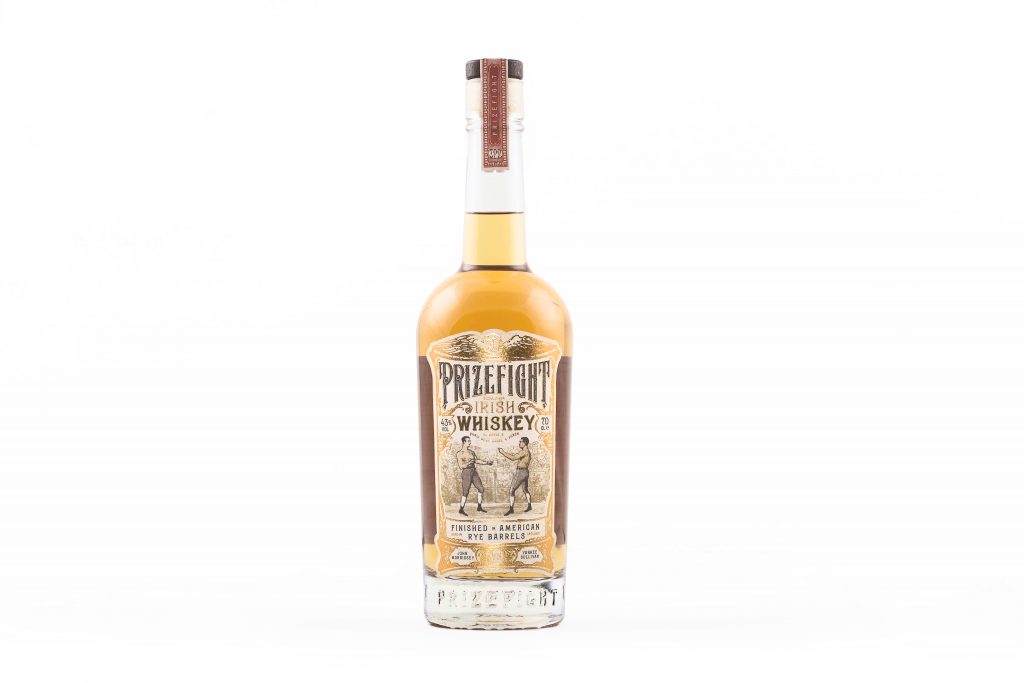 Blending 10 year old malt and 4 year old grain from West Cork Distillers, this whiskey was finished in a rye barrel from New Hampshire’s Tamworth Distilling for 6 months. The name refers to a boxing match that took place on October 12, 1853 between Irish-American fighters John Morrissey and Yankee Sullivan.

This is a collaboration between Irish drinks marketer Flor Prendergast and Steven Grasse of New Hampshire’s Tamworth Distilling. Like many new Irish whiskeys, the liquid is sourced—but the finish in an American rye barrel is a unique twist. 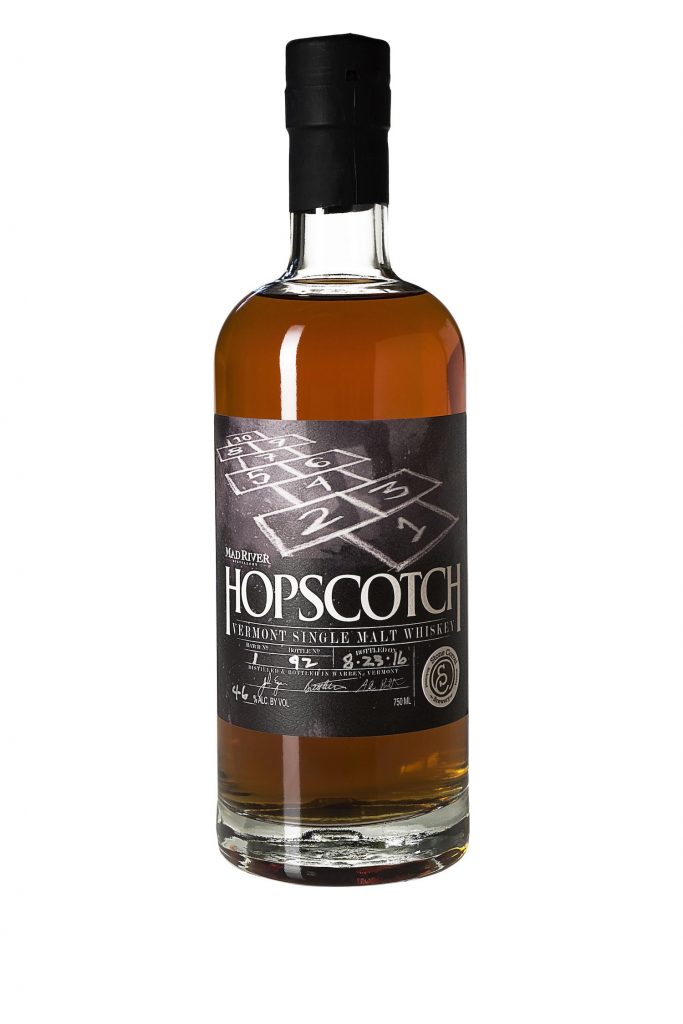 The second release of Hopscotch, made at Mad River Distillers in Warren, Vermont, is distilled from a Scotch ale made at nearby Stone Corral Brewing. Bottles are for sale in Massachusetts ($60 for a 750-ml.) and Vermont ($40 for a 375-ml.) starting November 17th.

Mad River partners with local breweries for its Hopscotch series; the breweries make the wash that the distillery turns into whiskey. The previous edition of Hopscotch was whiskey distilled from wash made at Lawson’s Finest Liquids. Mad River has two other whiskeys made from local brewers’ wash still aging in barrel, and the distillery is thinking of branching out to other Northeast brewery partners in the future. 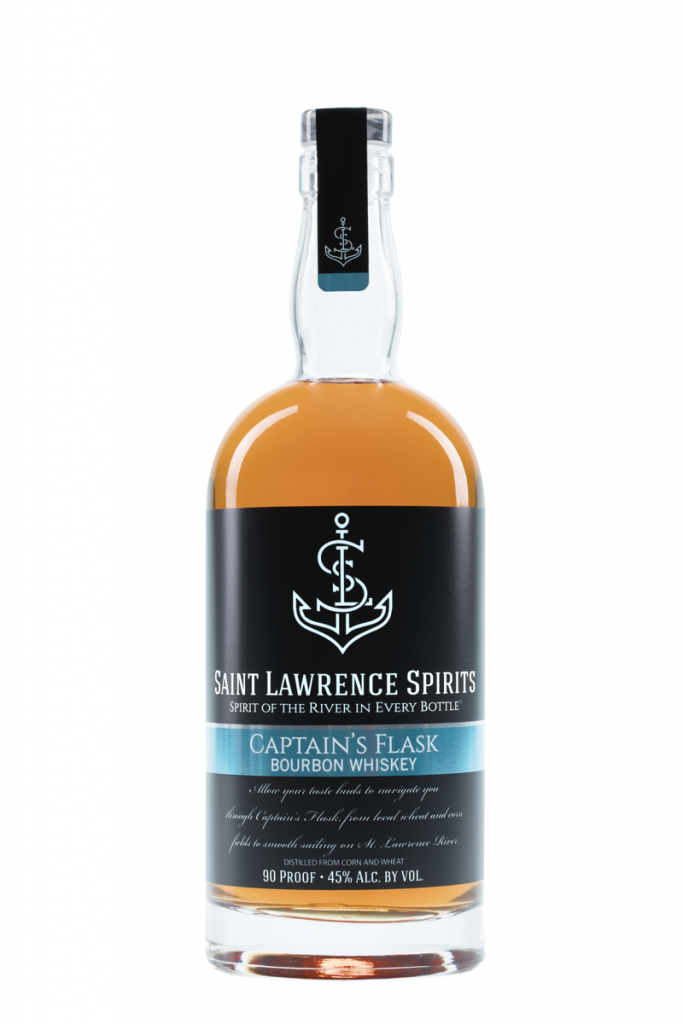 Saint Lawrence Spirits, located on the Saint Lawrence River in Clayton, New York, is releasing its first whiskeys (all 45% ABV and $42):

Saint Lawrence Spirits uses only grains grown in New York, and began distilling in August 2016. These early releases were matured in 5-gallon barrels; the distillery is also aging its whiskeys in 30- and 50-gallon barrels. 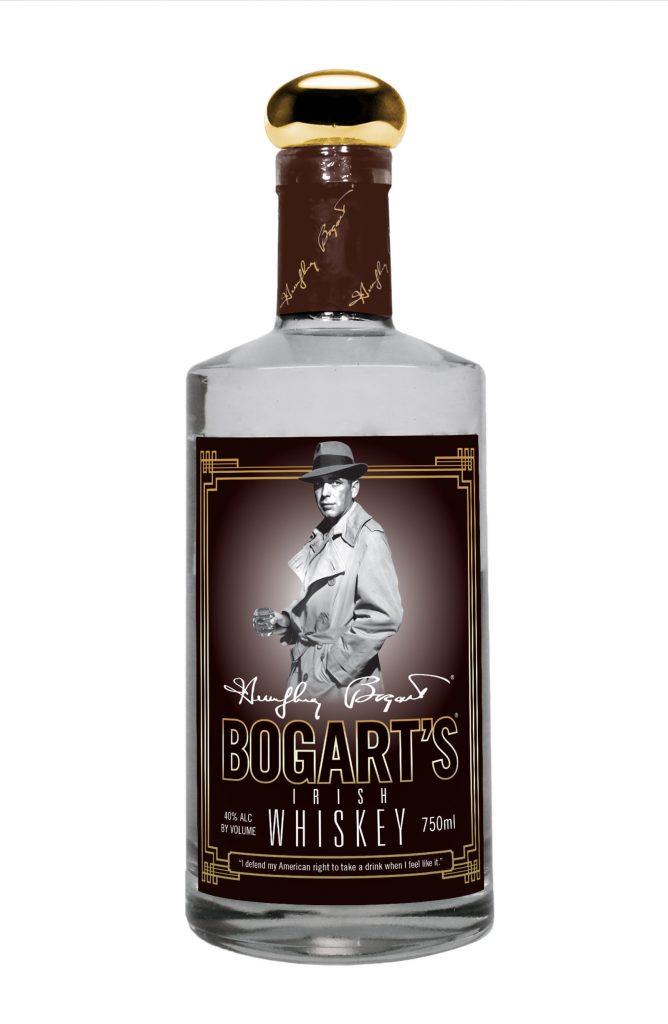 This is a limited-edition, sourced Irish blended whiskey bottled for Bogart Spirits, a joint venture between the Humphrey Bogart estate and ROK Drinks. Bogart Spirits also has a vodka, gin, and rum, all made in California.

Sourced Irish whiskeys are a dime a dozen these days, and we’re not sure there’s anything distinct about the liquid in this bottle; the press release doesn’t give a single tasting note. That said, if you love Bogey, this may be worth $35 just for the great packaging, which includes his image, a quote, and his signature engraved in the glass. 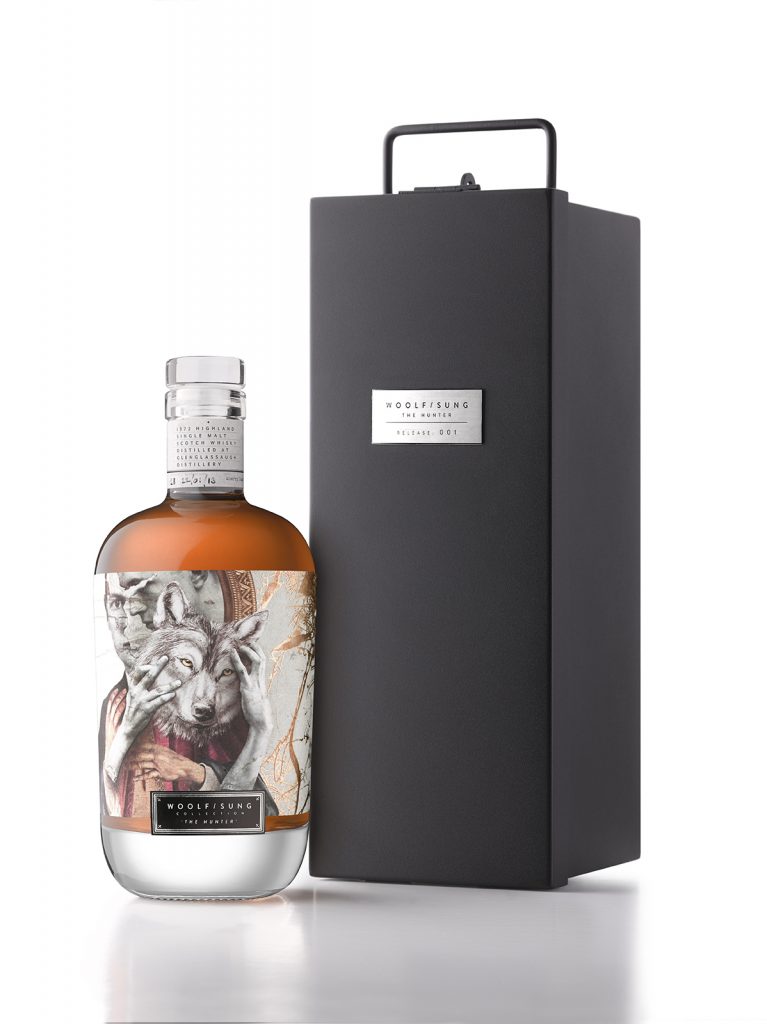 This is an independent bottling of 40 year old Glenglassaugh single malt, distilled in 1972 and bottled in 2013.

The Woolf Sung Collection is a new line of independent bottlings of single malt scotch aged 25 years or more from specialty wine and spirits merchant Woolf Sung. It is not currently imported to the U.S.