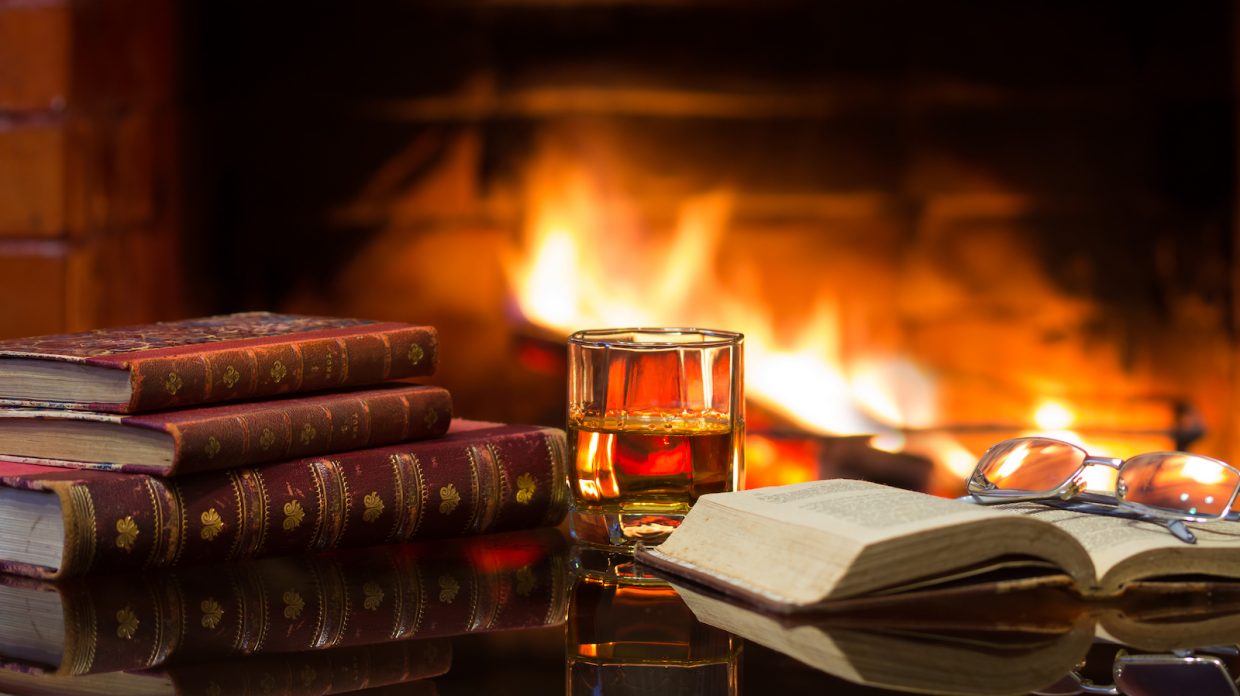 Grab one of these whisky books to advance your drinking and drink-making knowledge this fall. (Photo by iStock/LarisaBlinova) 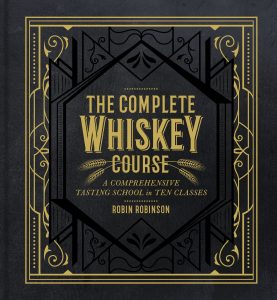 Not to be confused with the specialty blend released by Jim Beam’s Freddie Noe each year, The Little Book of Whiskey is a bite-sized and approachable written tome, detailing in short order the history and process of whiskey making. It explains that “Whiskey is not just your dad’s drink,” and its portable size underscores not only the changing nature of whiskey drinking, but that of whiskey reading and writing as well. Balslev injects her cooking knowledge in this stocking-stuffer of a manual, offering 17 food pairing recipes, like scotch-cured salmon, whiskey beef stew, and bourbon-spiked carrot cake; cocktail recipes and famous quotes provide additional fodder for your inner host. Accessible and compact, The Little Book of Whiskey is more tapas than feast, but you’ll find each bite rewarding. —Ted Simmons 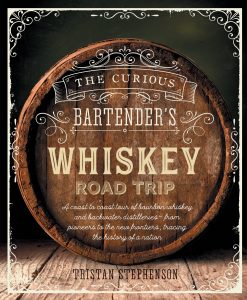 Native Englishman Stephenson—who has written six previous volumes in The Curious Bartender series—takes a journey of discovery across America’s whiskey landscape, meandering up the East Coast from Virginia to New England before venturing west to Kentucky, Texas, Colorado, and beyond. Visiting over forty distilleries, he provides detailed profiles of each, along with tasting notes for the main whiskeys and a recommended playlist to power the journey there. And, because it comes from a bartender’s perspective, there are dozens of whiskey cocktail recipes. Most of the major bourbon distillers, including Jim Beam, Buffalo Trace, Four Roses, Wild Turkey, and Brown-Forman—even Indiana’s MGP—are covered, but the bulk of Stephenson’s visits are to small, up-and-coming producers, from Pennsylvania’s Liberty Pole to Washington’s Dry Fly and Rock Town in Arkansas. Glossy pages and high-quality photography support the dense, comprehensive prose. If you’re planning your own whiskey road trip, this guide can inspire ideas—but even if you just read it sitting on your couch, prepare to be transported. —Susannah Skiver Barton

The fourth edition of this popular series comes fully revised and updated, including added emphasis on North American whiskies, particularly from Canada, and—in place of Buxton’s own tasting note—space for the reader to provide their own. More concerned with the essential bottles rather than the absolute best and emphasizing breadth over depth, the book is organized alphabetically, providing a single recommendation from each distillery featured. For example, Buxton recommends Balvenie PortWood 21 year old for its achievement in cask finishing despite its high cost relative to other, less-aged whiskies in the distillery’s lineup. Entries from the likes of Cotswolds, Mackmyra, and Teerenpeli—along with Scottish, Irish, American, and Canadian stalwarts—capture just how wide-ranging the world of whisky has become, and how much work the exploratory taster has ahead of them. You may not agree with Buxton’s picks, but thumbing through the list is sure to turn up a few bottles new to even the most experienced whisky drinker. —Ted Simmons

Tomes the size of this 847-page volume usually require a dedicated book stand, but readers are likely to want this as a handy reference whenever they’re mixing up a cocktail—old or new. Spirits expert Maitland has not only chronicled over 1,100 recipes, but offers in-depth chapters on all the main base spirits, from whisky to vodka, tequila, rum, and beyond; the whisky section alone spans over 110 pages. The basics of technique and tools are covered, along with advice about ice, directions for making infusions at home, sections on festive drinks and flask-ready cocktails, and a roster of mocktails for those who are off the sauce. Maitland directs readers to think of this as a “spirit cookbook,” meaning there’s no need to read it from cover to cover: Just thumb through, find a recipe that entices, and try it out. —Susannah Skiver Barton 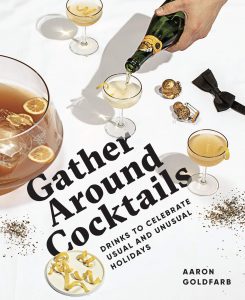 Author (and Whisky Advocate contributor) Goldfarb follows up his irreverent “Hacking Whiskey” with this equally cheeky cocktail book that covers all the holidays you’d expect—(Christmas, Thanksgiving, Halloween) and several you wouldn’t (Groundhog Day, Purim, Dry January?!). Custom syrups like marshmallow, charoseth, and yuengling Beer feature in many recipes, and ambitious readers can tackle projects like The Big Game Kegged Cocktail (Super Bowl) and The Chocolate Bunny-Ful of Bourbon (you’ll need four hollow milk-chocolate bunnies. Alternative: Cadbury Creme Egg shots). If you’re looking for an occasion to throw a party (and you’ve worked through all the ideas in our Fall 2019 issue), this book should offer plenty of inspiration. —Susannah Skiver Barton

Are You Afraid of the Dark Rum? And Other cocktails For ’90s Kids
By Sam Slaughter ($13)

Jump on the nostalgia train for this slim book of recipes clustered around the theme of ’90s pop culture. Slaughter offers riffs on classic cocktails as well as a host of original creations, including several featuring whisky, such as the Juice Box Iced Tea (an adult version of Ssips Lemon Iced Tea, made with bourbon), the Nothing Compares 2 D.E.W. (featuring Tullamore D.E.W., naturally), and the Tubthumper, which takes its ingredients directly from the Chumbawamba song: a mixture of whisky, cider, vodka, and lager. Still caught up in the memories? Pop on one of the recommended playlists and harken back to Y2K with the eponymous cocktail, which features a split base of bourbon, rum, and tequila—a combination that might make you forget the era ever ended. —Susannah Skiver Barton 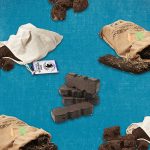 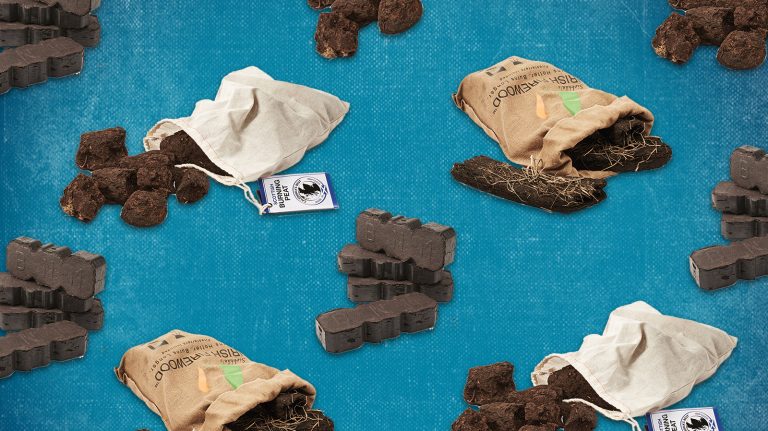 Throw in a hunk of smoky aroma, straight from Scotland or Ireland. 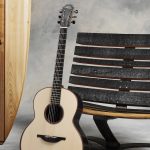 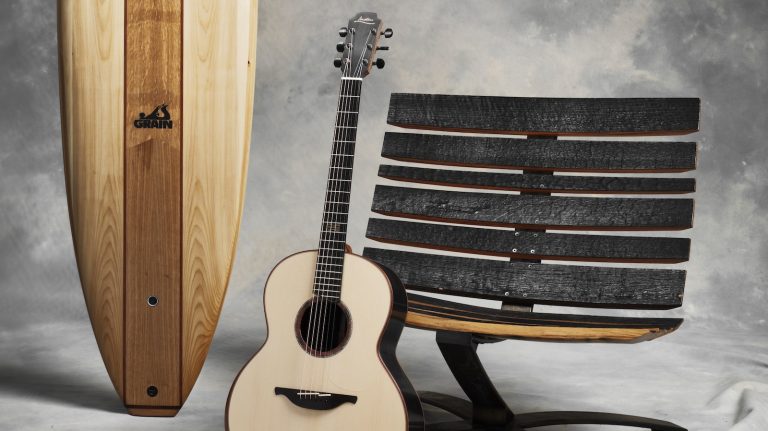 Once they can no longer make aging spirit taste good, casks are being repurposed as surfboards, chairs, and even musical instruments.