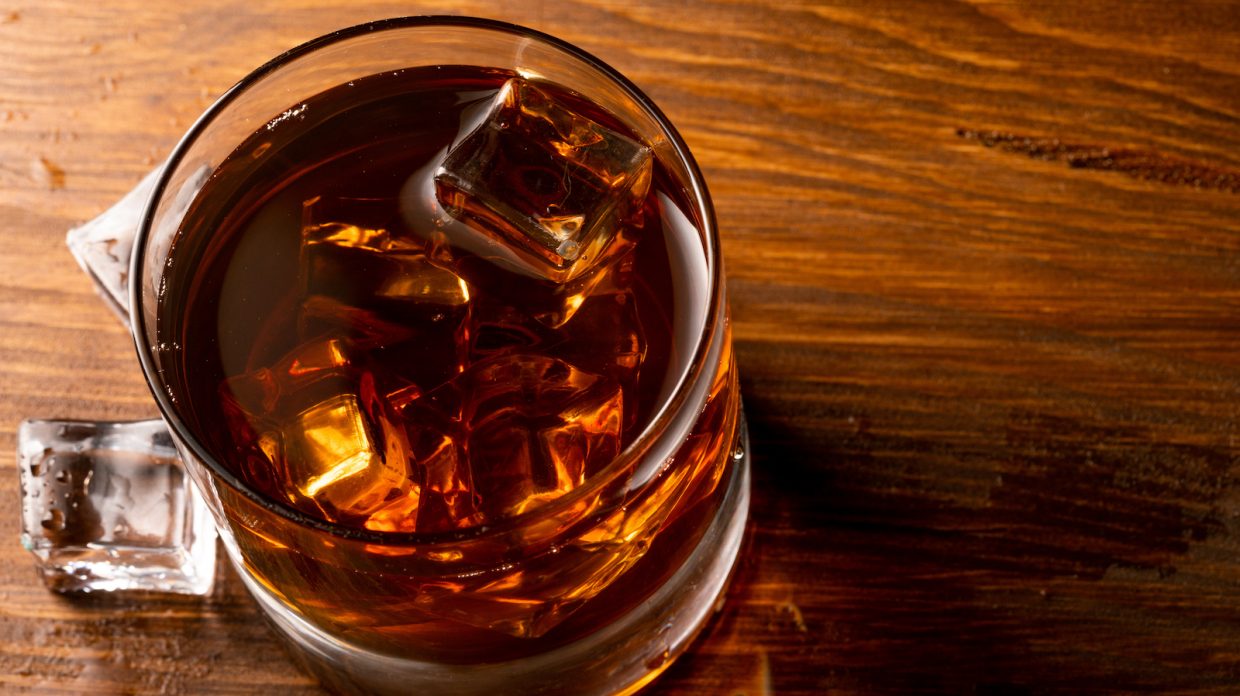 Old Overholt is raising its proof from 40% to 43% ABV, and going non-chill filtered to boot. (Photo by iStock/banusevim)

These are uncertain times for many, but the certainty that whisky will continue being made offers some reassurance, no?

Let’s start with St. Patrick’s Day, coming up on Tuesday. If you’re looking to try a new bottle, check out our recommendations. On top of the newcomers, familiar whiskeys will be sporting new looks. Powers is rolling out a redesigned bottle of its Gold Label Irish Whiskey in the U.S., hitting shelves now. Powers  John’s Lane and Three Swallow—which earned the No.-18 spot in our 2019 Top 20—will receive similar updates later in the year. In addition, Jameson is releasing a limited-edition St. Patrick’s Day label that features a design by Stephen Heffernan, also known as Hephee, a Dublin-based graphic designer. Fans can scan the QR code on the bottle to remix the label and enter to win prizes.

If you spurn Irish in favor of American whiskey, there’s something new for you too. Old Overholt has raised its proof and switched to being non-chill filtered, adding a few subtle packaging updates along with the change. The price, however, is almost unchanged, going up by $1 to $18.

The Port Askaig brand is offering a single-cask 18 year old solely to the U.S. market. The cask-strength single malt scotch goes for $265, with just 250 bottles available.

Elixir Distillers’ Single Malts of Scotland is launching several single casks in the U.S. The lineup ranges in age, proof, and price, with offerings coming from Islay, Speyside, and the Highlands and Islands.

Johnnie Walker will offer its latest limited edition at global travel retail and in international markets. Johnnie Walker Master’s Ruby Reserve is £15,000 ($18,694), and only 398 bottles are available. 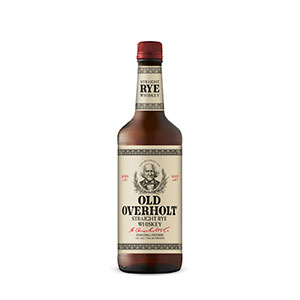 Old Overholt is coming out at a higher proof. Although the liquid in the bottle hasn’t substantially changed, you may notice some subtle flavor and mouthfeel differences now that it’s bottled at 43% ABV rather than 40%, and because it’s no longer chill-filtered. Updated packaging will indicate that you’ve found the revamped whiskey: Look for a red cap and a “slightly grumpier” portrait of Abraham Overholt on the label. The price is going up by $1. Old Overholt is also doing away with chill-filtration for its bottled in bond expression, whose price is going up from $24 to $25.

Raising the proof and dropping chill-filtration will make Old Overholt a richer, more textured whiskey—something I can only applaud. If you aren’t sure what chill-filtration is or why it might matter, check out this explainer, and hear from the distillers who opt to use it, or not.

Also, if you don’t know the true story of Old Overholt—originally a Pennsylvania rye, now made in Kentucky—it’s time for a whiskey history lesson.

There will be more to come from Old Overholt this year, with plans for limited-release 57% ABV 4 year old and 46.3% ABV 11 year old ryes. 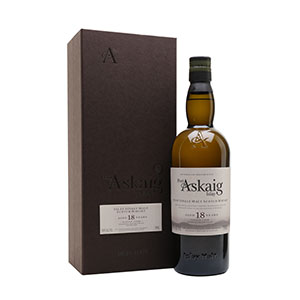 This single-cask whisky was bottled from a bourbon barrel by Elixir Distillers, owner of the Port Askaig brand, exclusively for the U.S. market. The single malt comes from the distillery on Islay’s northeast shore, closest to the town of Port Askaig.

Port Askaig’s importer, ImpEx Beverages, decided to bring in this whisky—and set the retail price—before the tariffs were announced last fall. Company president Sam Filmus—who has spoken out against the tariffs for their potential to harm businesses like his, as well as the small distilleries he works with—says he’s sticking with the original price in an effort to look out for consumers. It’s a noble endeavor, but if the tariffs persist for much longer, every scotch producer, importer, and retailer is going to have to raise prices. 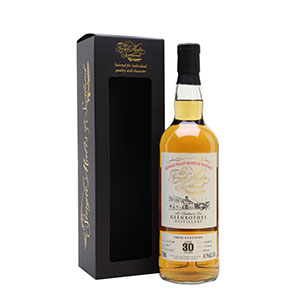 We’re big fans of independently bottled scotch, as these whiskies can offer something different from mainstream releases. They’re often cask-strength and non-chill filtered, and, if single casks, their flavors can vary from what’s usually bottled by a distillery. The downside? Single casks are, by their nature, super limited—once the whisky is drunk, there’s no replacing it with the exact same thing. That’s a trade I’m willing to make though. 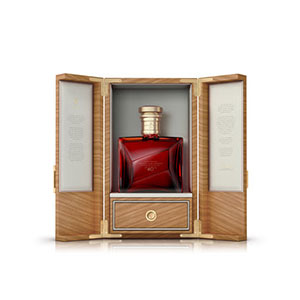 This blend is comprised of eight whiskies—from grain whiskies from Cambus and Carsebridge and malts from Pittyvaich, Port Ellen, Talisker, Royal Lochnagar, Glendullan, and Cragganmore—selected by Johnnie Walker Master Blender Jim Beveridge. Each whisky is at least 40 years old, and the blend is bottled in a Baccarat crystal decanter. It’s for sale in a number of global markets across Europe, Asia, Africa, Australia and Mexico, as well as in global travel retail.

Johnnie Walker is releasing this limited-edition blend to celebrate Beveridge’s 40th year with the brand—the ruby anniversary. Supplies are already extremely limited, but to add to the rarity, four of the distilleries that supplied whisky for the blend—Cambus, Carsebridge, Pittyvaich, and Port Ellen—have been closed for over 20 years. Beveridge’s 40th year with Johnnie Walker coincides with the brand’s 200th anniversary. 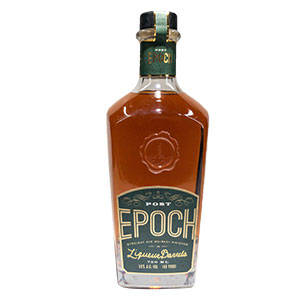 Baltimore Spirits Co. finished its flagship Epoch Straight rye in a barrel that previously held the distillery’s Singularities #1 liqueur—hence the “Post” part of the whiskey name. Bottle sales at the distillery start tomorrow, March 14, from noon to 6 p.m.

Baltimore Spirits Co. (BSC) makes a number of different spirits and cross-pollinates its rye and liqueur here to make an entirely new one. Singularities #1, what the distillery calls “Bort,” was distilled from fermented wort from neighboring Union Craft Brewing’s seasonal Snow Pants Stout. BSC then added unfermented Snow Pants Stout wort back to the distillate and let the spirit age for more than two years in oak barrels. After bottling, the liqueur barrel was refilled with 2 year old rye for a yearlong finish.

You can read more about Baltimore Spirits Co., Union Craft Brewing, and the entire Baltimore whiskey scene in the Spring 2020 issue of Whisky Advocate, on newsstands April 14. 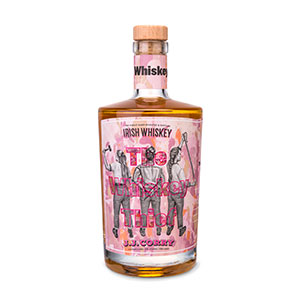 Made by Chapel Gate Whiskey Co., this is a blend of Irish grain whiskeys ranging in age from 4 to 9 years old. The bottle was designed in collaboration with Jill & Gill. You can only buy The Whiskey Thief through Celtic Whiskey Auction, from March 16 through 30. The reserve price is €75.

All proceeds from the sale of this whiskey will support Dress for Success Dublin, a nonprofit that promotes women’s economic independence. An entrepreneur herself, Chapelgate Whiskey Co. founder Louise McGuane aims to celebrate women working in the drinks industry and beyond. 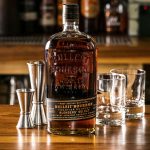 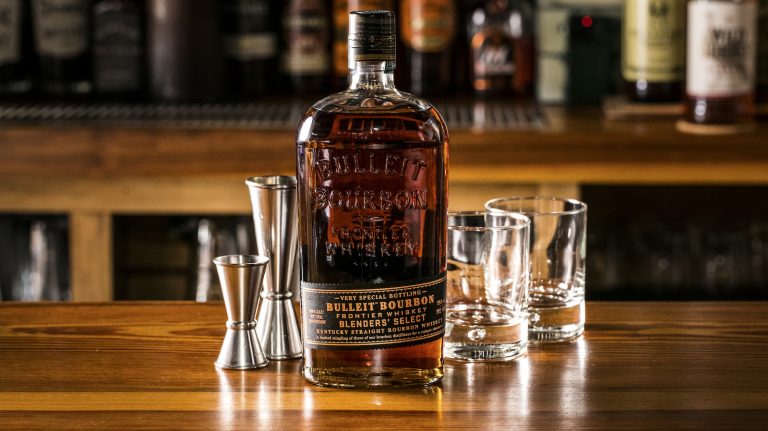 Plus, the latest Dewar’s is finished in mezcal casks, Redbreast launches a super-aged single pot still, and new whiskies from India, Kentucky, and New York debut.