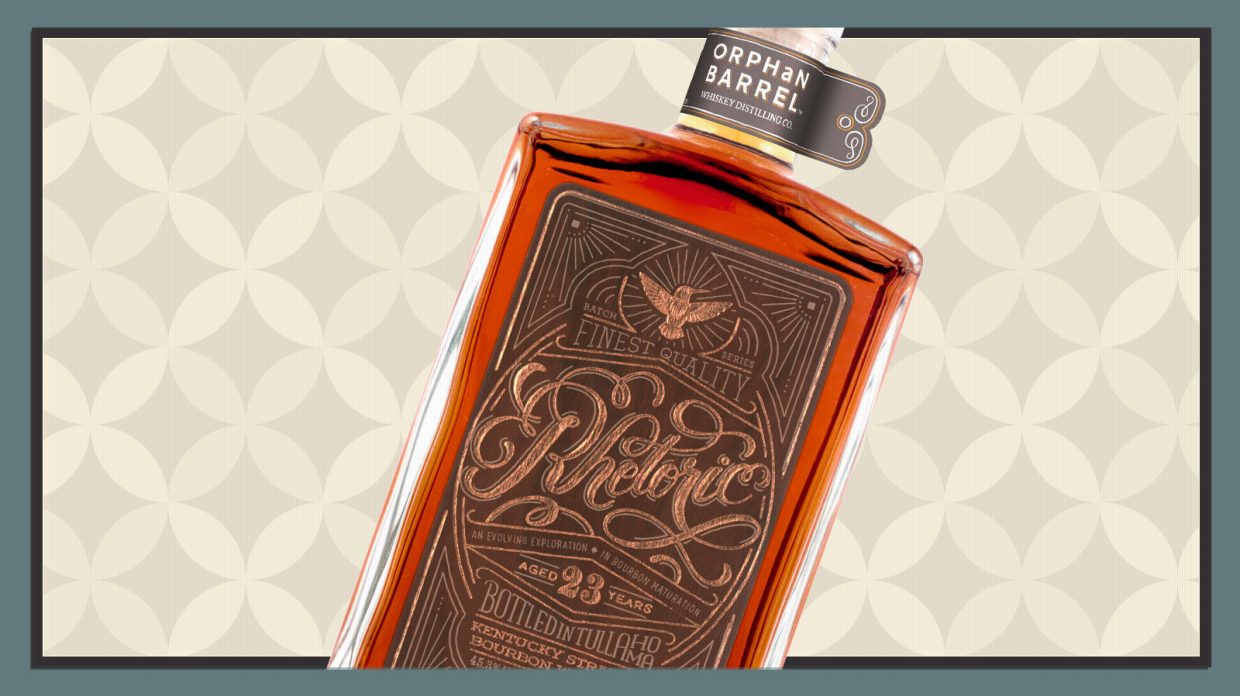 If you’re a fan of long-aged bourbon, you probably enjoy the Orphan Barrel line. The series from Diageo—which also includes Gifted Horse, Barterhouse, Forged Oak, and Lost Prophet—ostensibly rescues old, forgotten barrels of whiskey and bottles whatever remains (after two decades of angels’ share, that’s not a lot).

Rhetoric debuted three years ago as a 20 year old Kentucky straight bourbon and returned in 2015 and 2016 with an extra year of age each time. Add another trip around the sun and now Rhetoric 23 year old is here. There’s enough stock for two more releases—a 24 year old next year and a 25 year old in 2019.

Like the other bottlings, Rhetoric 23 year old was made at the old Bernheim Distillery and matured for at least part of its life at the warehouses of Stitzel-Weller Distillery. The bourbon’s mash bill is 86% corn, 8% barley, and 6% rye. With an ABV of 45.3%, it’s stronger than previous releases and will set you back $120—though as in years past, there’s not much to go around.