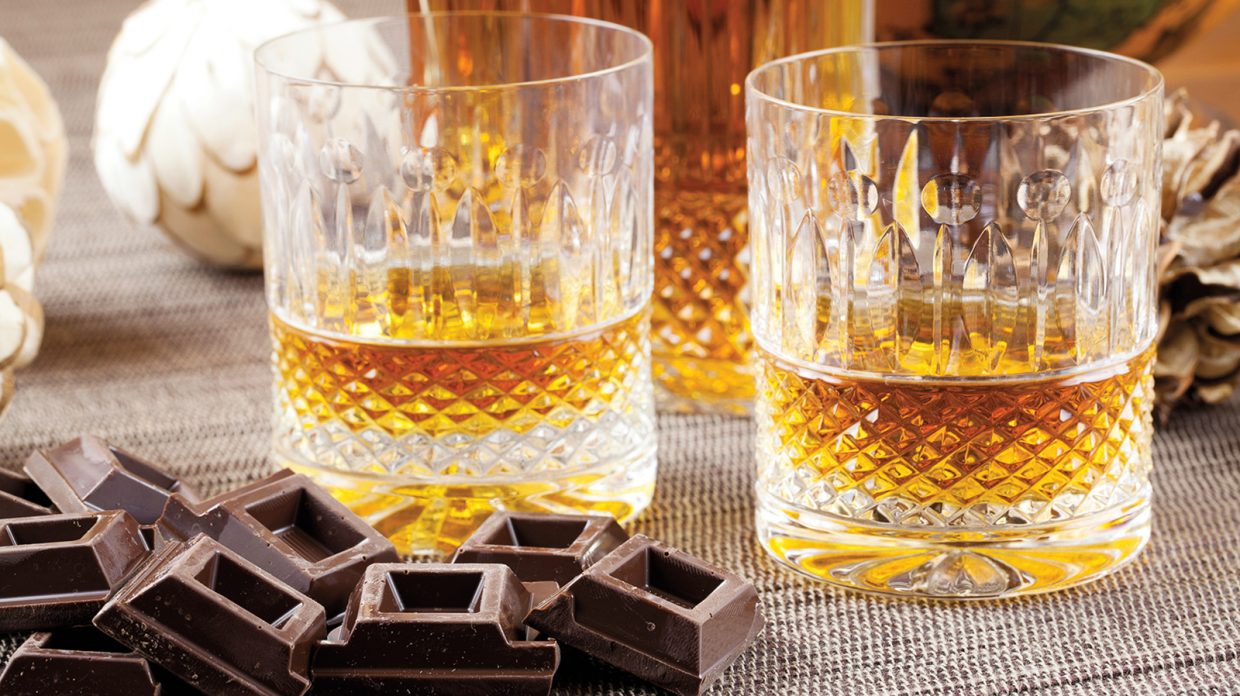 Pairing chocolate and whisky is easy and rewarding. (Photo by iStock)

Consider a single piece of chocolate. Like the generic “glass of whisky” you are sometimes offered at a party, it can take several forms and flavors, from intense and complex to simple and sweet. It can cause your eyes to close in rapture or send you searching for a polite way to dispose of it.

And that’s not all chocolate has in common with whisky, since one can also be an ideal gastronomic partner for the other. The key resides in picking the right combinations from among the myriad possibilities, beginning with a few of the things that make one chocolate much different from another.

First, the chocolate that purists will tell you isn’t really chocolate at all: white chocolate is made with cocoa butter and typically contains none of the cocoa solids that make chocolate taste so chocolaty, instead being juiced up with sugar and vanilla. Its spiritual cousin is milk chocolate, with still quite modest cocoa content (sometimes expressed as “cacao content”), typically in the high single digits but sometimes as high as 30 or 40%, buttressed by milk or cream, and sugar.

After white and milk chocolate, we start to get into what many consider more serious chocolate, ones of progressively greater darkness and cocoa content, occasionally with a designation of origin attached. These tend to start at about 60% cocoa content and can get as high as 90%, with higher percentages indicating greater concentration of pure cocoa flavor and increased bitterness.

Beyond these basics, of course, chocolate artisans incorporate countless fillings, flavors, and combinations of ingredients. Understand that high-cocoa content tends to offer lower levels of sweetness and vanilla impact. Also, keep in mind that milk and white chocolates are generally softer and more unctuous on the palate due to their cocoa butter content, however, and flavorings become more accents to be played with when pairing.

On the spirituous side, the oak effect is the most important attribute to consider when partnering your whisky with chocolate.

Bourbon has prolonged contact with new, charred oak barrels, which yield a vanilla-esque compound called vanillin. Given that most chocolate has added vanilla, even the gourmet, high-cocoa content kind, this is a handy commonality to use when partnering the two. Balance the rounded character of a particularly rich whiskey, like Elijah Craig or Knob Creek, with the more pronounced vanilla of a chocolate with lower cocoa content, such as a quality milk chocolate with a relatively robust cocoa content—around 40%—rather than checkout-aisle candy bars. The smooth richness of white chocolate, on the other hand, provides a contrast that can temper the sharpness of a punchier bourbon such as Jim Beam Black.

Where less charred wood influence is felt, as with second or third-use barrels, vanilla notes in chocolate can be disruptive rather than complementary. So for sweet and lean Irish whiskeys like Tullamore D.E.W., look for a medium-cocoa content in the 60-70% range that will yield a still sweetish but less vanilla-forward flavor, and if a little salted caramel works its way into the mix, so much the better.

With their broad array of expressions, Scotch whiskies offer great breadth where pairings are concerned. Here the fruitiness of many chocolates—single origin chocolates from Venezuela and Madagascar tend toward notable fruitiness—can be a handy guide. Match lighter, fruity chocolates with minimally peated whiskies, especially ones that have spent time in sherry barrels, such as Glenrothes.  Less fruity, high-cocoa content chocolate—Dominican Republic chocolate— works well with bolder, smokier spirits such as Ardbeg and Caol Ila.

In general, given all the permutations and combinations that exist in both worlds, the true joy of whisky and chocolate matching lies in the playground it presents, and its greatest pleasures reside in assembling a proverbial sampler box of each from which to mix and match. 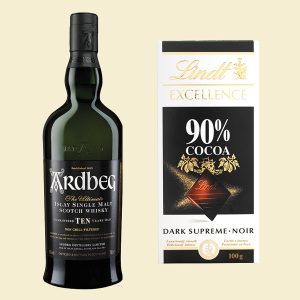 Dried leaf and espresso notes from the chocolate line up beautifully alongside the famed Islay peatiness.

This 40% cocoa content milk chocolate with moderate vanilla matches well with the body of this spicy, not too rich bourbon, while pecans bring a taste of the South. 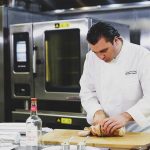 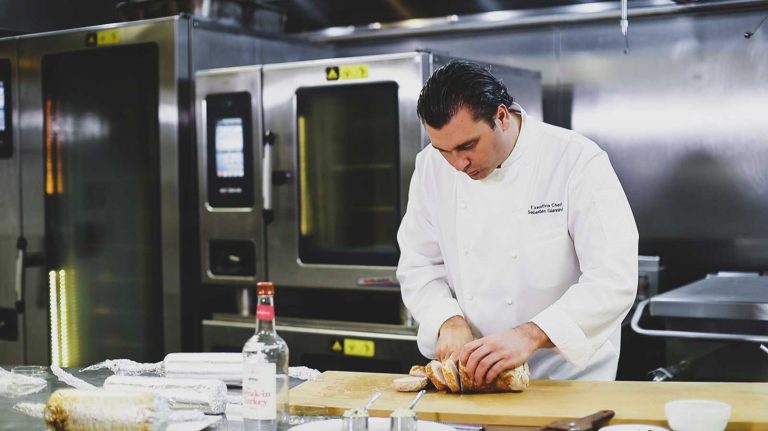 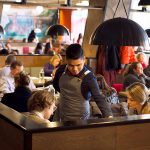 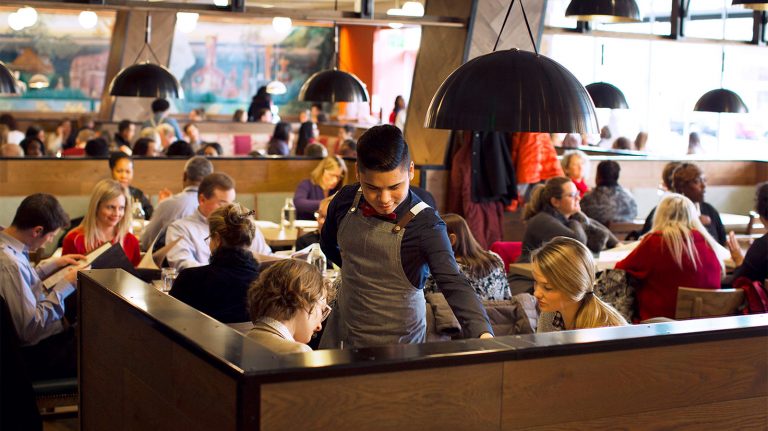 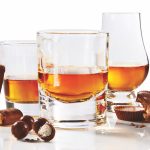 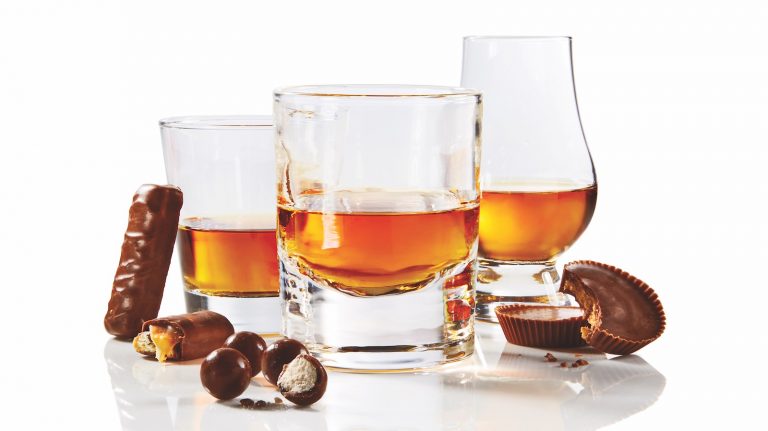