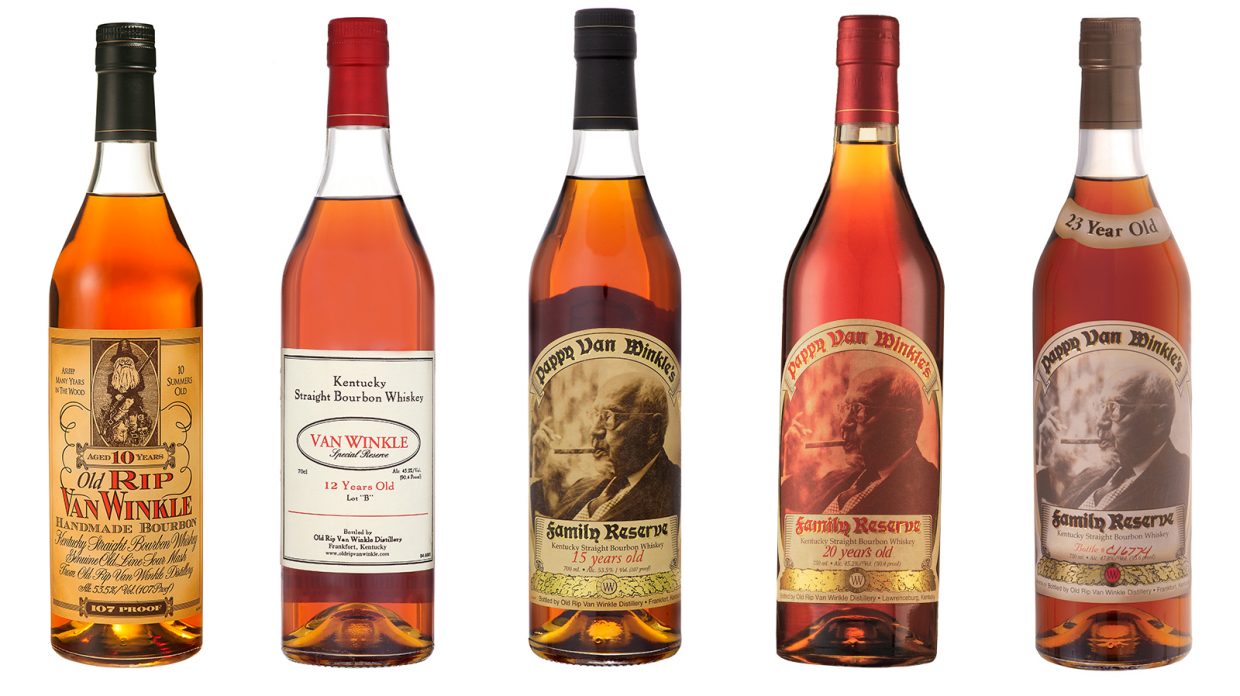 While this year's Van Winkle collection produced a higher yield, price and accessibility will inevitably vary.

The 2017 release of the most coveted whiskeys in the world has arrived: the annual allocation of Pappy Van Winkle and Old Rip Van Winkle will be available for sale starting this month, although the exact timing will vary by state and you’ll have a tough time finding them on the shelf at most stores anyway. The 2017 lineup for Pappy and Old Rip Van Winkle, which are both made at the Buffalo Trace distillery, is as follows, with recommended retail prices noted:

Buffalo Trace doesn’t release the number of bottles available, but the distillery noted in a press release that “yields are a bit higher” for the 10, 15, and 23 year old bourbons. Due to a gap in inventory, there won’t be a Van Winkle 13 year old rye available this year.

Regardless of how much is available, the bottles are sure to sell out before they even make it onto the sales floor—and unless you are incredibly lucky, you won’t see them at the official prices suggested above. Even non-whisky drinkers know the name Van Winkle, and the demand to buy them far outstrips supply year after year. Stores have dealt with this problem in different ways. Some offer lotteries to buy Van Winkle whiskeys, or only offer them to their most loyal customers. Other store owners elevate the price many times above suggested retail—meaning it’s possible to find the whiskey on the shelf, but well out of reach of most budgets.

All is not lost, however. Van Winkle whiskeys are regularly poured at WhiskyFest events, including the upcoming WhiskyFest New York. You can try the full range (though the 23 year old is for VIP ticket holders only). So if you’re thirsting for a taste, buy your tickets now. And if you’re trying to buy a whole bottle, good luck.