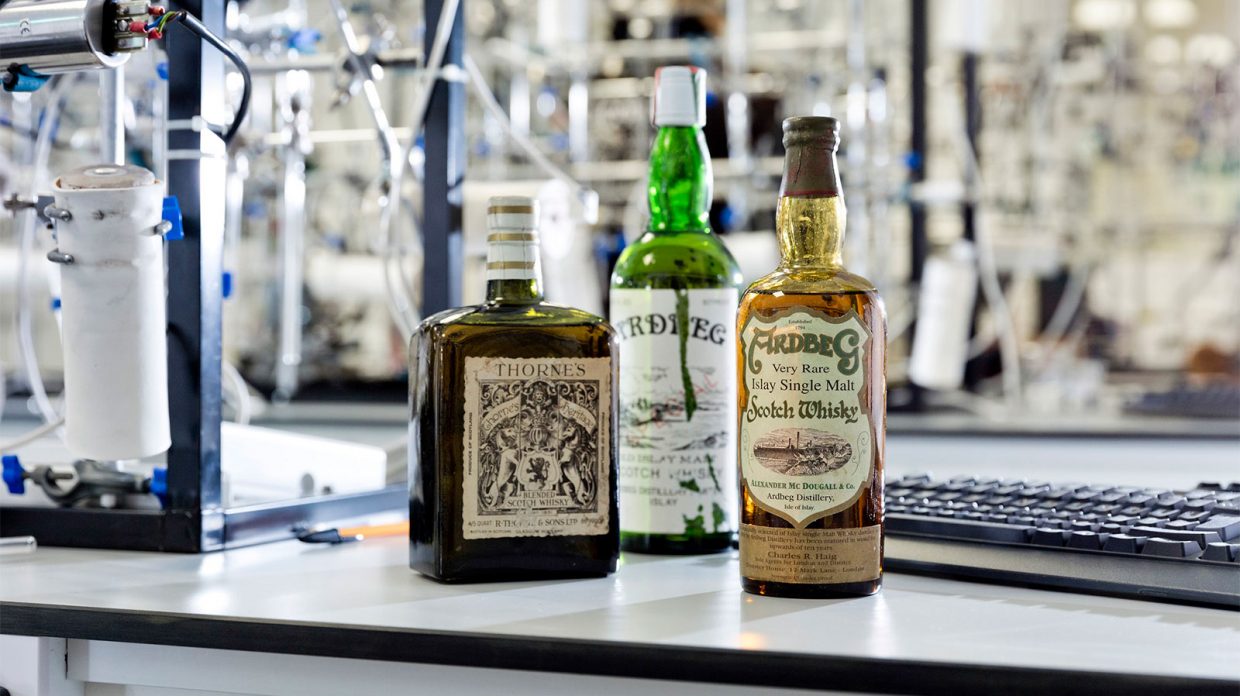 These antique bottles may look legit but lab testing proved each of them to be fake. (Photo by Iain McLean)

Fake whisky is a very real problem, one Whisky Advocate covered in-depth in our Fall 2017 issue. Common forgeries include real bottles that have been refilled and resealed, as well as fake bottles made to look like the real thing. But how much phony rare whisky is actually on the market? According to recent laboratory tests, the answer may be more than you think.

The Scottish Universities Environmental Research Centre (SUERC) performed radiocarbon dating tests on 21 different bottles of rare scotch, determining every one of them to be fake. If the whiskies were authentic, the bottles’ worth would be be around £635,000 or $803,106.

How to Spot a Fake Whisky

Taking these results further, brokerage and consulting firm Rare Whisky 101—who provided the geochemistry experts at SUERC with 55 bottles of scotch to sample, test, and analyze—estimates that approximately £41 million (around $54 million) in forged whisky is currently on the secondary market or held in private collections. That figure overshadows the value of the entire UK whisky auction market, which is predicted to exceed £36 million by the end of this year.

Among the bottles tested were several malt whiskies alleged to have been distilled around or before 1900. Every single one of these was proven to be a forgery, leading Rare Whisky 101 co-founder David Robertson to recommend that all bottles of pre-1900 scotch “should be assumed fake until proven genuine.” 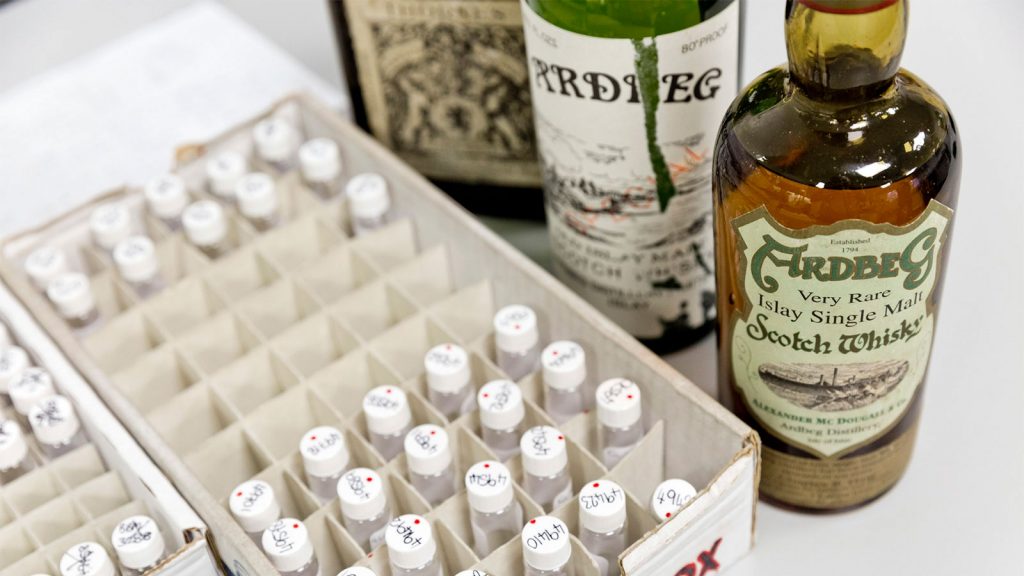 The channels for acquiring rare whiskies don’t guarantee their provenance, as proven by three bottles that were tested: an Ardbeg from 1885 acquired from a private owner, an early 20th-century Thorne’s Heritage blended whisky purchased from an auctioneer, and an Ardbeg supposedly bottled in the 1960s and bought at retail. All were found to be fake.

These are all concerning revelations for hunters of rare and expensive whisky, particularly as auction records at Christie’s, Sotheby’s, and Bonhams continue to soar. In 2017, scandal erupted when a Swiss hotel sold a $10,000 dram of 27 year old Macallan from 1878 that was later proven to be a fake, and a high-profile whisky forgery case in the UK is still going through the courts. There are ways to determine a bottle’s authenticity, such as examining the seal, reading the label closely, and studying the contents, but counterfeiters are increasingly savvy when passing off a forgery, with the findings at the SUERC confirming that trend. Rare Whisky 101 advises prospective purchasers of rare and antique whiskies to request absolute proof of authenticity before taking the plunge—and we agree. 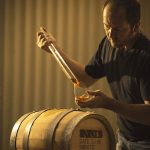 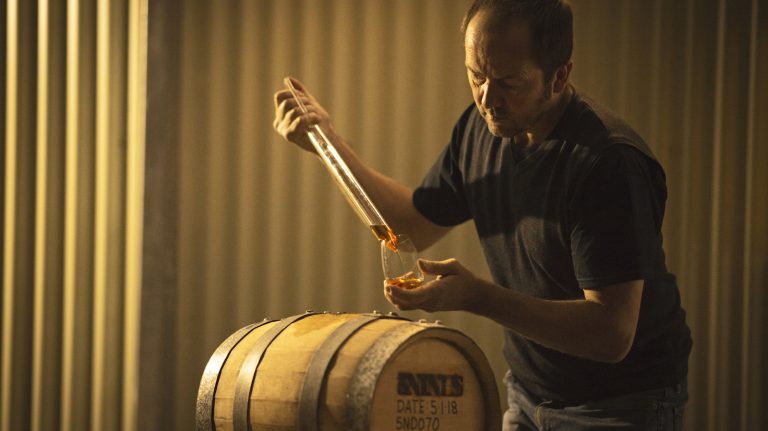 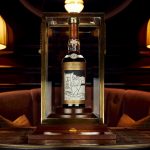 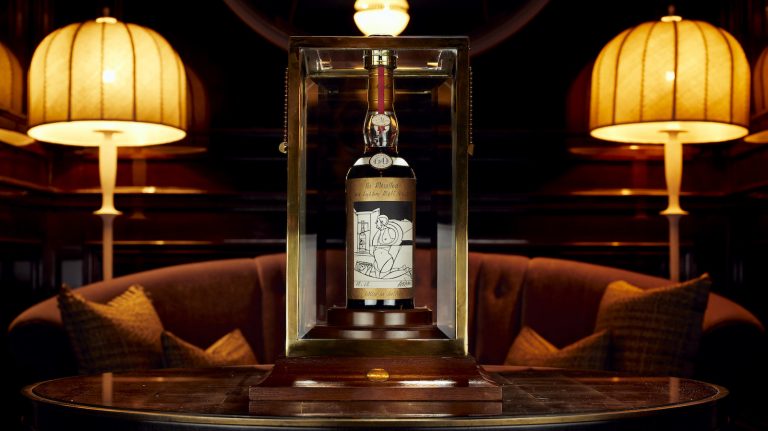 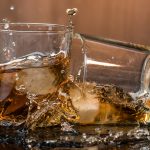 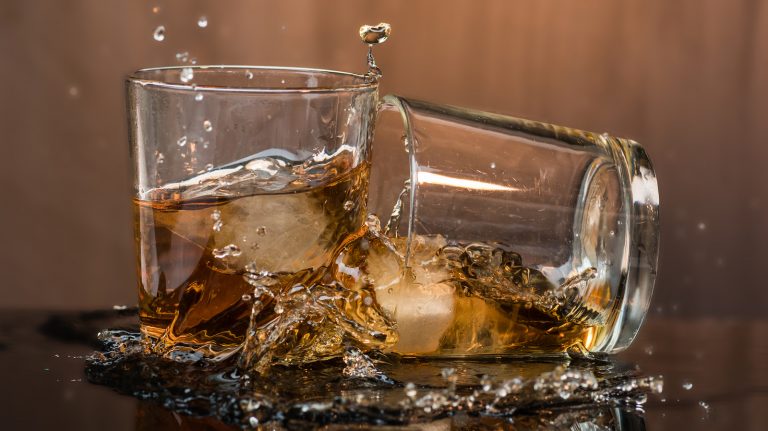