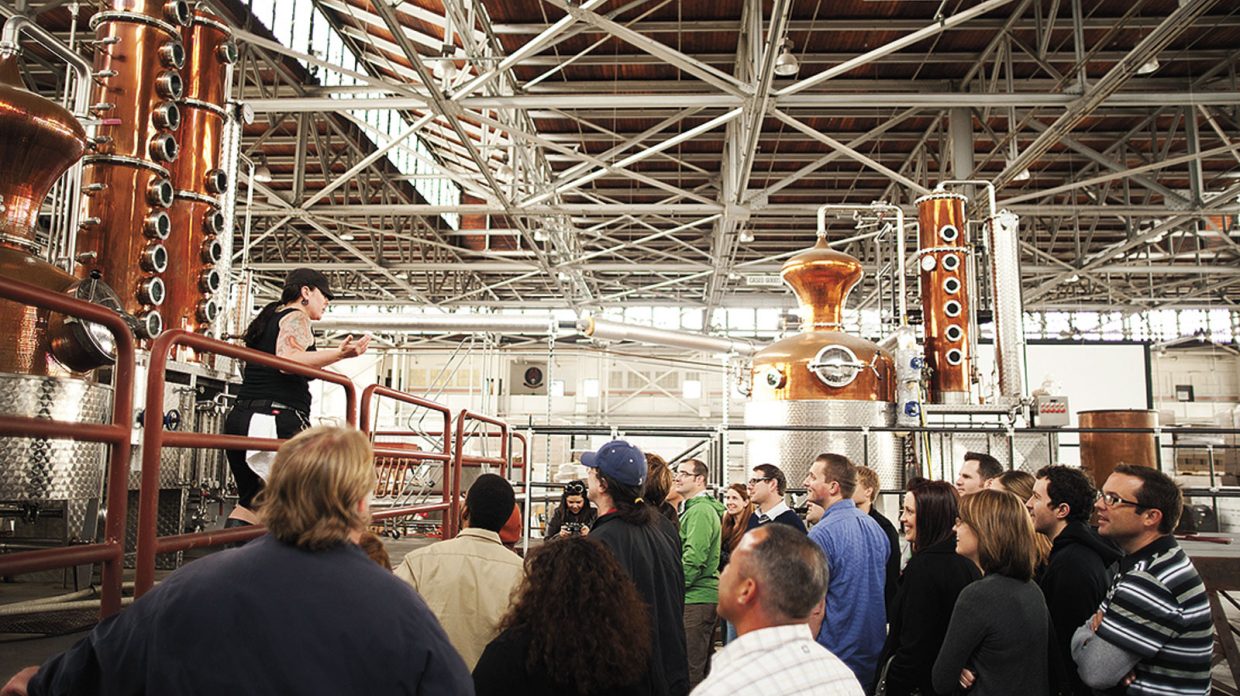 When Fritz Maytag, patriarch of San Francisco’s Anchor Brewing Company, felt the itch to make rye whiskey back in 1994, he unwittingly propelled a craft-distilling revolution. The distilling portion of Anchor has since been renamed Hotaling & Co., and although the tasting room is on hiatus until 2020, that in no way affects San Fran’s position as the birthplace of American craft whiskey. In fact, Maytag was preceded by a tiny operation, St. George Spirits, which now makes exquisite single malt in a former airplane hangar in Alameda, about fifteen miles from San Francisco. Newcomers like Seven Stills, which explores the intersection of beer and whiskey in a converted downtown warehouse, and Wright & Brown, currently aging rye and bourbon in Oakland, have joined in.

Fine wine flows through San Francisco, but so too does whisky. Along with some of the best dining in the U.S. are many of the finest whisky selections, notably Nihon Whisky Lounge, which was at the forefront of Japanese whisky discovery and offers the largest single malt selection on the West Coast. On the touristy Embarcadero, the swanky Hard Water has some surprisingly good values tucked high on its illuminated shelves of American whiskeys. Fans of traditional malt whisky are well served by The Whisky Shop, which also offers a fine selection of stately old single grain scotches. Even casual spots punch above their weight with whisky, like the historic saloon Elixir that helped catapult the city’s cocktail scene. If that’s not enough, San Francisco is an annual destination for Whisky Advocate’s WhiskyFest.

Elixir
A historic saloon stocked with over 600 whiskies and specializing in finely crafted whisky cocktails.

Hard Water
Stylish bar on the Embarcadero impresses with its all-American whiskey list, many reasonably priced.

Nihon Whisky Lounge
Swanky izakaya with exceptional sushi and the largest array of Japanese whiskies in the nation. Whiskies purchased by the bottle can be stored in private lockers for future visits.

The Whisky Shop
Retailer specializing in Scotch malt whisky, along with global single malts, including a nice selection of independent bottlings.