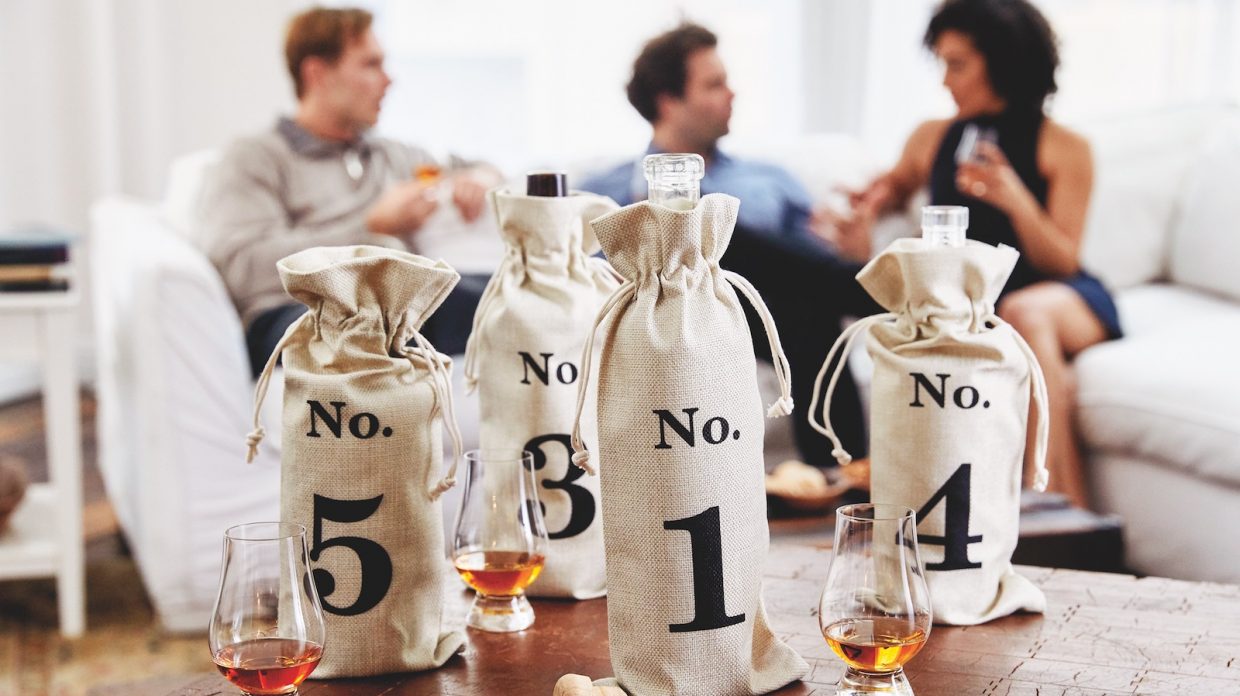 Tasting blind means experiencing whisky with no biases or expectations. After the tasting, it's time to compare notes and talk about the whiskies you tried. (Photo by Peter Garritano)

Being biased is part of being human, and that doesn’t exclude our taste in whisky. Some people may profess to dislike a certain brand or style based on an experience from long ago. The opposite can also be true; we tend to romanticize a whisky if our grandfather favored it or if we visited the distillery while on vacation. Tasting “blind” refers to tasting without knowledge of a whisky’s identity, and its main purpose is to negate these biases. Tasting blind is a great way to become a better taster, develop your senses, and learn more about your own whisky preferences.

It’s also true that most of us don’t taste very expensive whisky regularly, so we fall back on the price as our best indicator. A 1989 study by Akshay Rao and Kent Monroe titled “The Effect of Price, Brand Name, and Store Name on Buyers’ Perceptions of Product Quality” found that lack of familiarity will cause consumers to use price as an indication of quality. Simply put, if told one whisky is $500 and another is $50, a drinker would expect the expensive whisky to be of higher quality.

Marketers know that package design can affect our decisions to buy, but science suggests that merely looking at the bottle can directly affect our taste assessment. In 2011, Coca-Cola changed the color of its can from red to white, and consumers insisted that the formula had changed, even though it hadn’t. This is a real-life example of scientifically proven crossmodal interaction, where senses like sight and hearing impact the perception of taste. Blind tasting eliminates the opportunity for labels, bottles, or sometimes even color of the whisky to influence your assessment.

Of course, there are good reasons and occasions to not taste blind, such as listening to a whisky’s story as you sip it, sharing a dram with the person that made it, or in the company of family and friends, and certainly in casual settings non-blind tends to be the norm. But when assessing a whisky’s quality, it’s not enough to wish to be impartial. The only way to eliminate cognitive biases is to taste blind. 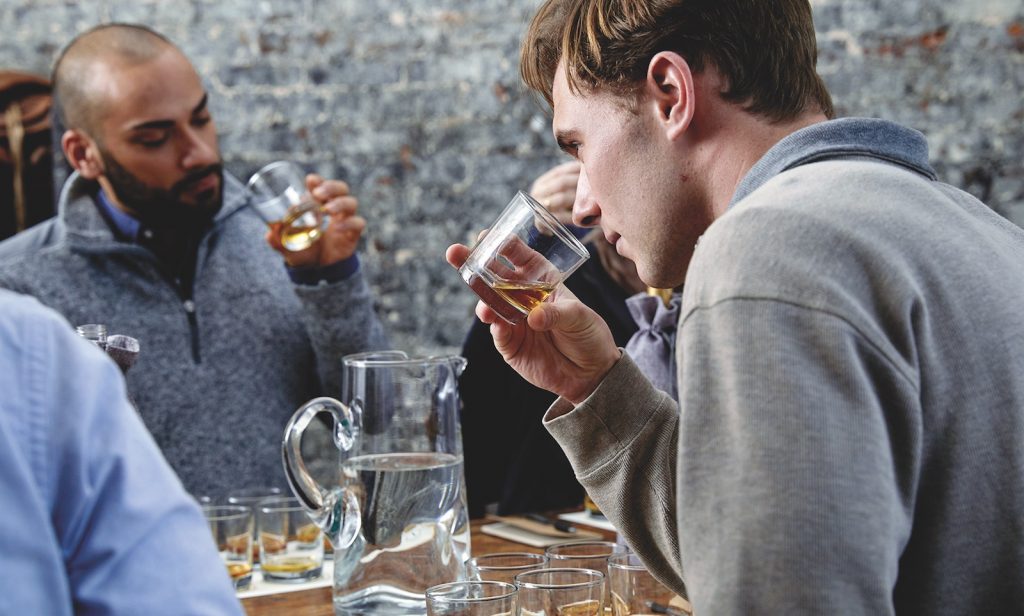 Tasting blind will make you and your group better tasters as you use your senses to asses a whisky’s quality and attributes. (Photo by Peter Garritano )

Make a Coordinated Effort
Whisky Advocate employs a tasting coordinator to assemble whisky flights in advance, revealing only the general style of whisky to the tasters. If you have a friend who wants to participate without tasting, let them prepare the tasting in a separate room. They’ll be the only one in the know while discussion takes place.

Approach the Bench
While it’s not critical, sometimes having at least one known whisky can provide a valuable benchmark to a blind tasting. Whisky Advocate tasters use this approach to assist in calibrating their palates across different tasting flights, considering how the blind whisky compares to the benchmark.

Shut Up and Taste
When tasting blind, it’s best to reserve discussion until everyone is finished. Members of the group can be easily influenced by obvious positive or negative reactions of fellow tasters, especially if there are various levels of knowledge and experience in the room. And, while it may be tempting, avoid verbalizing guesses of a whisky’s identity.

Fill in the Details
Now for the fun part. When it’s time to reveal the whiskies and open the discussion, be prepared with a handout that includes the date of the tasting, as well as the name, proof, price, and style of each whisky so tasters have all the information at their fingertips. This can be a helpful reference for their future tastings and purchasing decisions.

Don’t Believe Your Eyes
A study in the Journal of Consumer Research involving 60 to 150 undergraduate students in various experiments determined that when tasting orange juice, the color had a greater impact on taste than its actual sweetness. Since whiskies like scotch permit caramel coloring, consider using dark glasses to hide the color. 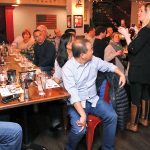 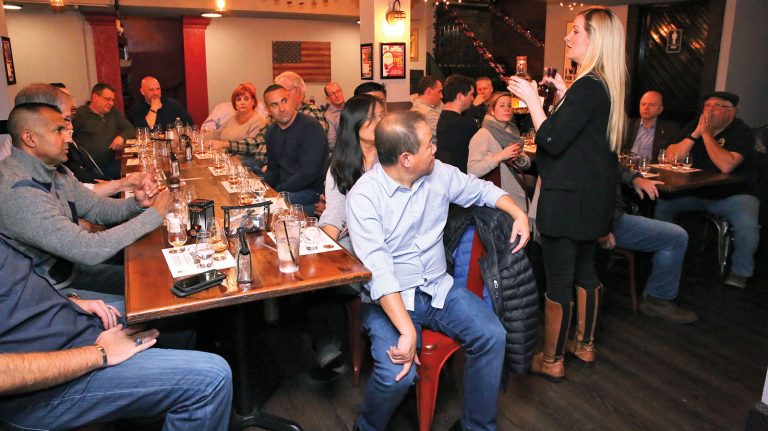 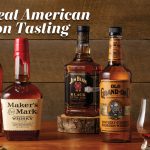 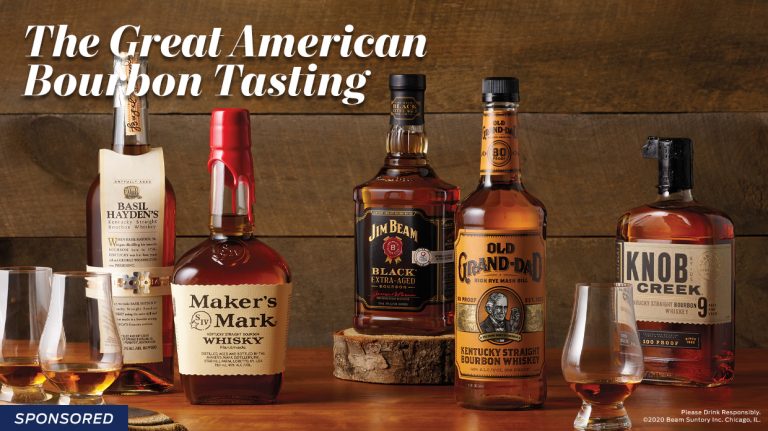 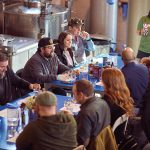 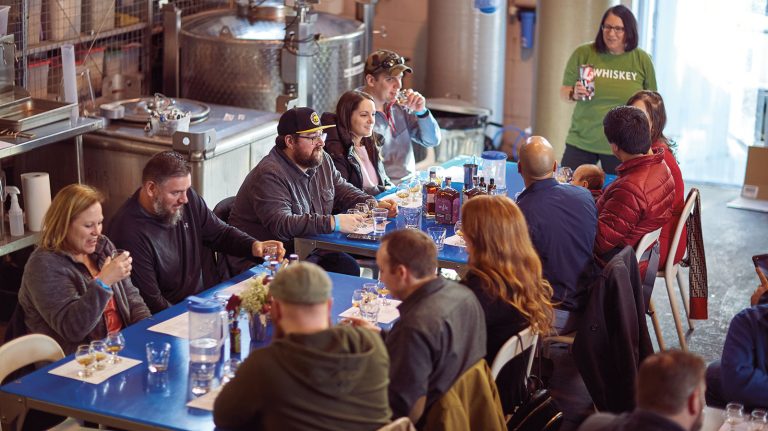