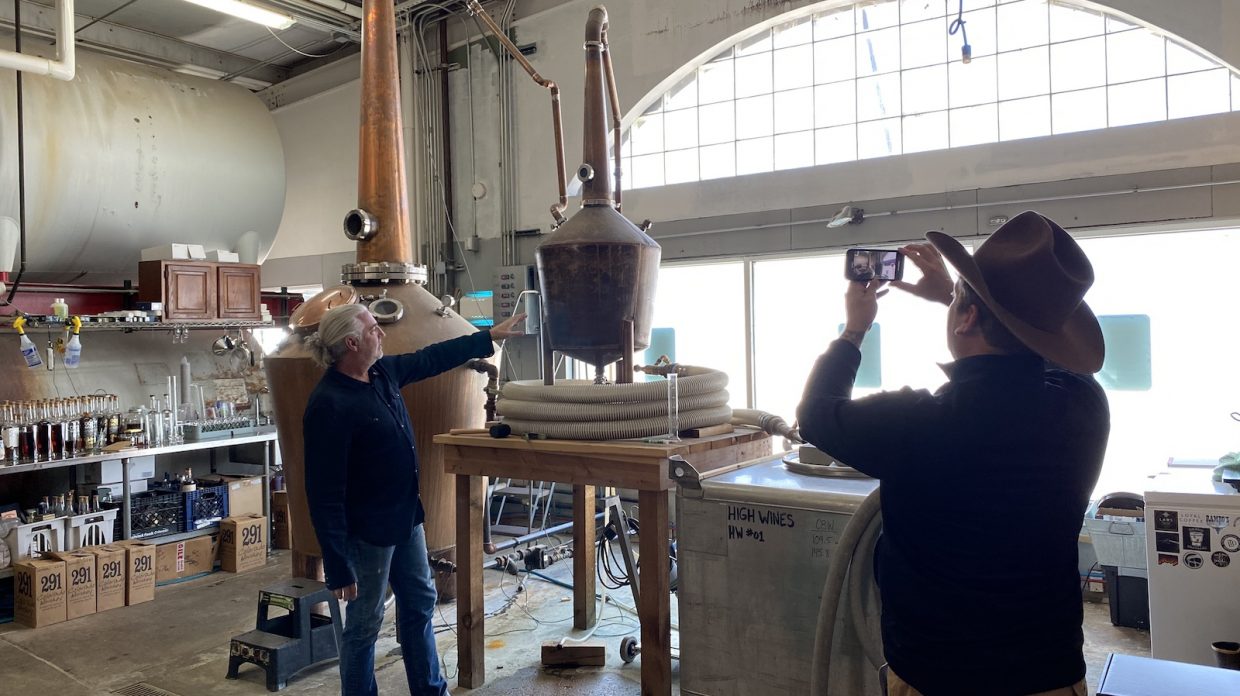 As the COVID-19 outbreak continues to increase within the U.S., many state and local governments are taking action. Within the past week, several state governments—including those with dense urban populations, such as California, Illinois, and New York—have ordered the closure of all non-essential businesses, which includes distillery visitor centers, in order to curb the spread of the virus. Distilleries may still be in production, and many have shifted to making hand sanitizer, since the crisis has created a shortage.

But the closure of visitor facilities strikes a blow to one of whisky’s greatest qualities: bringing people together. Fortunately, some distilleries are finding ways to foster a sense of community while maintaining social distance by offering virtual tours. Accessible over the internet, these tours allow whisky lovers to enter the distilleries from the comfort of their own homes. Kentucky’s Four Roses is among those taking the virtual leap; it closed its two visitor locations on March 14 and later suspended operations at the distillery on March 20.

“We have closed our visitor centers at both locations to protect the health of our employees and visitors,” master distiller Brent Elliott tells Whisky Advocate. “In lieu of seeing the process first-hand, we thought it would be nice to share a virtual tour with bourbon lovers everywhere and visitors who had to cancel trips to our facilities.” The Four Roses virtual tour is available on its website, a variety of photos sharing the distillery’s history and the bourbon-making process.

Colorado Springs, Colorado’s Distillery 291 started live-streaming virtual tours on Facebook as part of a social media initiative that also includes sharing cocktail recipes, music performances, and happy hours. “We know that people are having a hard time—I mean, everybody’s somewhat locked in their house or has very, very low contact with other people right now,” says founder Michael Myers. “So we just feel that it’s a way to help and entertain our community.”

We will continuously update this page. Is your distillery offering virtual tours? Let us know!

Annandale, which is based in Scotland, announced via Twitter that they “will be editing [their] library of videos to bring you a tour and tasting of sorts” on Friday, March 27 on its Facebook page and YouTube channel.

The London-based distillery announced via Twitter on March 20 that virtual distillery tours will be coming soon.

The Frankfort, Kentucky distillery closed its visitor center on March 16. It now offers a virtual tour on its website, which is accompanied by a trivia quiz to test your knowledge.

The first virtual tour was live-streamed on Facebook on March 21 and was hosted by distillery founder Michael Myers; additional live-streamed tours are planned.

This virtual tour consists of a series of photos and accompanying information that offer a behind-the-scenes look at the distillery and warehouse and bottling facility.

This Scottish distillery is using VisualizePro to allow fans to enjoy the distillery tour anytime on their computer at their own pace.

The single malt scotch distillery is inviting fans to get a full view of its Islay operations through its 360-degree distillery tour.

The Talisker Distillery on Skye is available to tour via Google Maps, offering fans a comprehensive view.