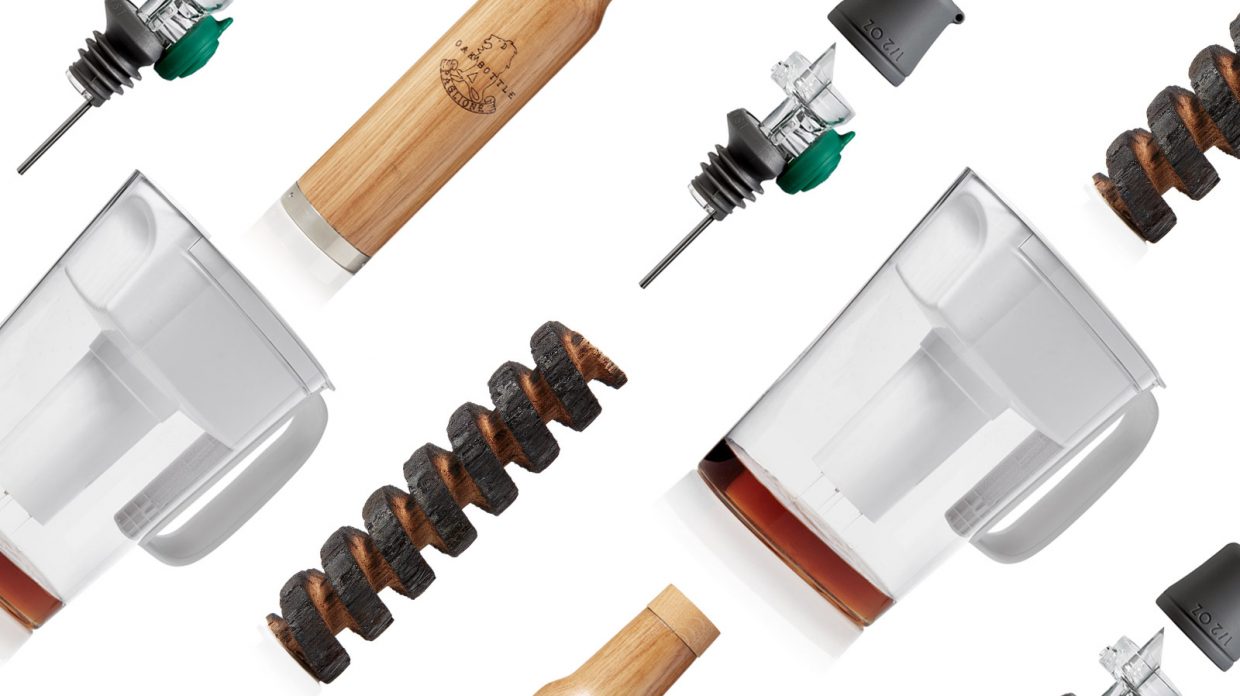 We put each of these devices to the test, curious if any were capable of elevating the profile of a standard American whiskey.

We normally equate devices that purport to improve our whisky with Ponzi schemes, snake oil, and the “Spanish Prisoner” ruse. However, would-be whisky alchemists continue to conjure up devices that pledge to work miracles. In the interest of science, our tasting panel put these products’ claims to the taste test with a basic bourbon and blended scotch, both priced around $20, and a $40 white whiskey.

The Barrel Mill Oak Infusion Spirals—$25/6 pack of 2.5 inch spirals
Promise: Forgo barrel aging as you “…achieve similar results directly in the bottle.” Intended for unaged whiskey, Oak Infusion Spirals come in a variety of sizes and char levels. We immersed a 2.5-inch American Oak Char #3 spiral in the white whiskey and sampled every week for five weeks.
Verdict: While it tasted in no way similar to barrel-aged whiskey as promised, the spicy oak layered atop a quality distillate made for an enjoyable experiment. Our panel found the sweet spot was at four weeks.

Brita Pitcher and Dispenser—$20
Promise: “…deliver great-tasting water.” Based strictly on internet rumor, we ran the bourbon and blended scotch through the Brita, tasting the results next to unfiltered versions of each. The spirits lost some character and edge, and were less hot on the finish.
Verdict: The softer, slightly muted character was less desirable to our panel of tasters. Leave the charcoal filtering to Tennessee.

The Oak Bottle 750ml—$90 and Oak Bottle Micro 150ml—$60
Promise: “Makes average wine and spirits taste like a top-shelf vintage in just hours.” The Oak Bottle comes in several sizes, has a mediumtoast char inside, and makes some of the most grandiose claims of any device. “Try adding years of oak aged smoothness to your bought spirit in just days,” suggests the manufacturer. We allowed the bourbon to sit for 24 hours, the recommended time for medium oak-aged whiskey, then tasted it alongside untreated whiskey.
Verdict: Wood flavors exceeded the panel’s preference, overshadowing this basic bourbon’s balance and character. 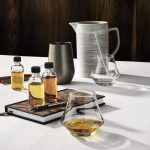 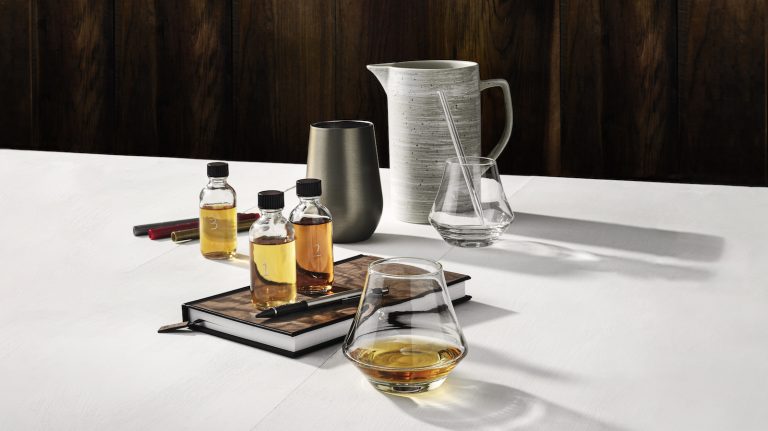 You need more than just the liquid to set up a successful whisky tasting. 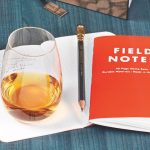 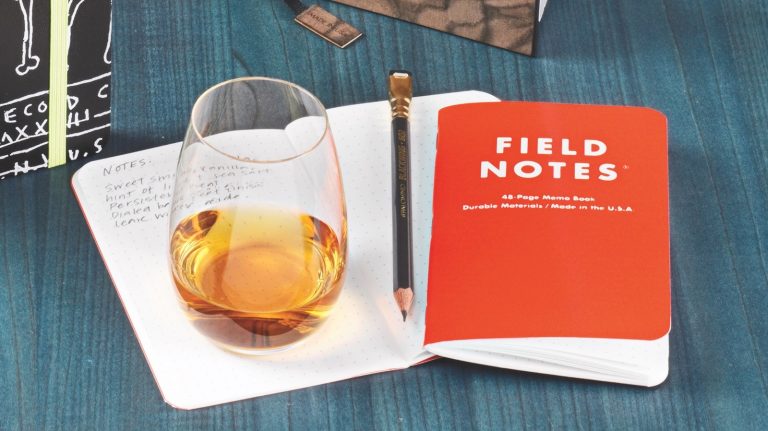 These notebooks ensure you’ll never forget what you drank—or how much you enjoyed it.