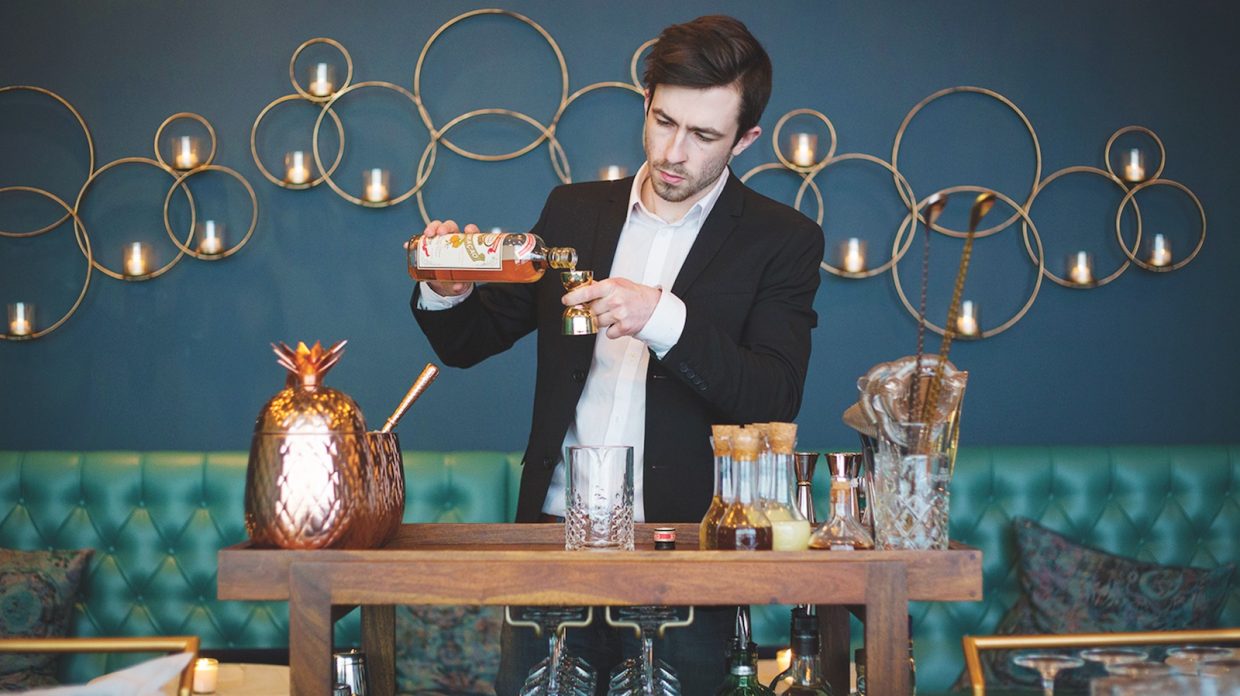 Kansas City, Missouri is at once historic and modern, both sophisticated in its tastes and irreverent in its maker-fueled energy. It’s the kind of place where distillers collaborate with farmers and brewers, and coffee roasters cross-pollinate with chefs and bartenders in all corners of the fifteen-county metropolitan area that’s anchored in Missouri and creeps into Kansas.

Every visit comes with risks, warns Ryan Maybee, co-founder of J. Rieger & Co. and owner of Manifesto, an intimate craft cocktail bar. “If you come to Kansas City, you’ll end up wanting to live here.”

Kansas City is a car town, but the KC Streetcar is a great alternative. The two-mile route puts you within easy walking distance of downtown’s attractions, plus it’s free.

It’s also handy to Hotel Phillips, an art deco gem that once housed former President Harry Truman’s haberdashery and now serves up cocktails and live music at P.S. Speakeasy. Truman often lunched at the nearby Savoy Hotel and Grill, which reopened last summer as 21c Museum Hotel and the Savoy at 21c. Contemporary art dictates the hotel’s style, but the lounge preserves details like an art nouveau stained glass dome.

Board the streetcar and head for coffee at Messenger Café, which roasts coffee and mills grain for the bread and pastries baked on-site. Or caffeinate yourself alongside local brewers, bartenders, and other creatives at Thou Mayest Coffee Roasters.

Then, ride the streetcar to its southern terminus and walk toward the massive column marking the National World War I Memorial and Museum for a taste of history before lunch.

Cut through Union Station and take the skywalk to Fiorella’s Jack Stack Barbecue in the Freight House for an upscale introduction to Kansas City barbecue, a regional style of dry-rubbed meat defined by a thick, sweet, and sometimes spicy tomato-based sauce. 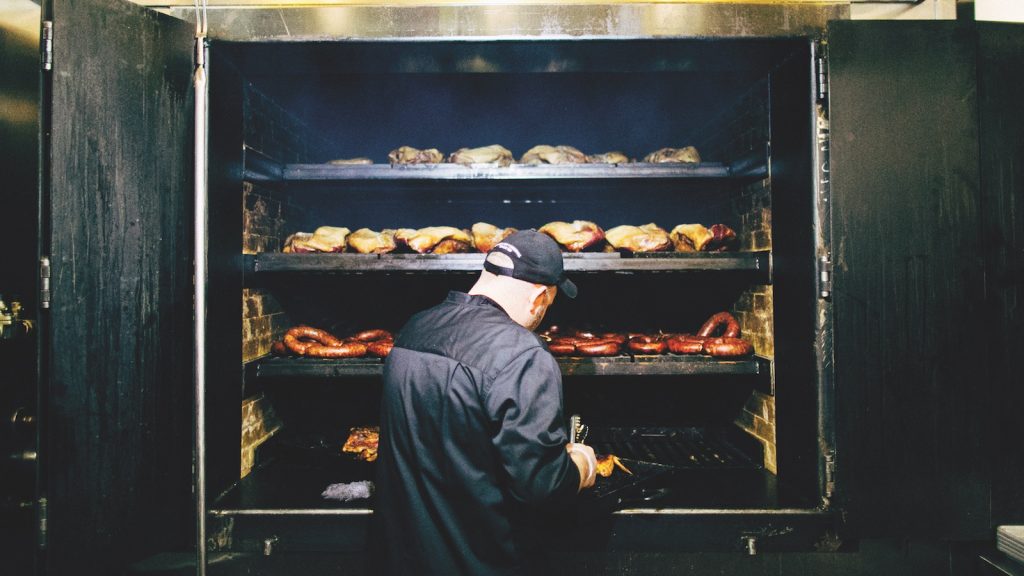 The streetcar stops in front of Tom’s Town Distilling Co., named for “Boss” Tom Pendergast, whose political machine once controlled Kansas City. Pendergast’s Royal Gold is a sourced bourbon finished at the distillery in port casks. They also offer gin and vodka, and like the other local distilleries, bottles are available for purchase.

From there, continue along 17th Street to Lifted Spirits Distillery, which transforms wheat from a single Kansas farm into a 100-percent wheat whiskey; their line-up also include gin, vodka, and absinthe. Spirits can be sampled or savored in cocktails in the tasting room. Bonus: the tours here are free.

Having worked up an appetite, head to The Rieger for dinner, where the commitment to local ingredients is as delicious as it is genuine. Try a Horsefeather cocktail while you’re there—the whiskey, bitters, and ginger beer combo is said to have originated in nearby Lawrence, Kansas. Be sure to also reserve a seat downstairs at Manifesto, and order the Smokin’ Choke cocktail—applewood-smoked Four Roses bourbon, maple syrup, Cynar, and Peychaud’s bitters.

For a different smoke-whiskey pairing, buy a one-night membership ($25 admits four) to The Pendergast Cigar Club, on The Majestic Restaurant’s second floor, where you can puff away while sipping one of over 250 whiskies. Feeling a bit honky-tonk? Harry’s Country Club is the spot. When the band takes a break, Johnny Cash fills in on the jukebox, and the staff can walk you through their nearly 300 whiskies and highlight rarities like Pappy Van Winkle Family Reserve 23 year old or Macallan 30 year old, featured in the “Medicine Cabinet.”

You’ll need a car on day two (Uber and Lyft are fine options). On the first Saturday of the month, Browne’s Irish Market, home to a selection of over 70 Irish whiskeys, serves a full Irish breakfast guaranteed to fill your belly.

Those in a day-tripping mood can drive 45 minutes north through former tobacco-growing country to the Holladay Distillery in Weston, Mo., which plans to release its first bourbon in 2021. Revitalized in 2015, distillers have been drawn to its limestone spring water starting back in 1856. After your tour, fortify yourself at Green Dirt Farm Creamery. Try a sandwich made with the farm’s sheep’s milk cheeses. 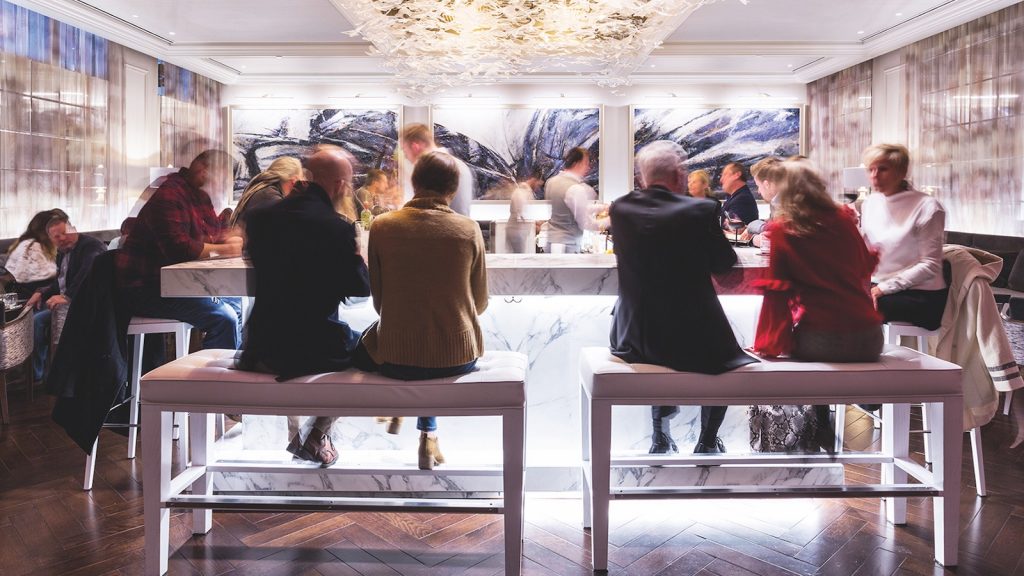 Continue on to Celtic Ranch, where you can buy drams or bottles in the store’s Whiskey Snug. Members can reserve a whiskey locker and smoke cigars upstairs; day memberships will be available.

On your way back to K.C., wind your way through Parkville, Mo.’s commercial cave complex for a tour of S.D. Strong Distilling, which produces bourbon, rye, gin, barrel-aged gin, and vodka 65 feet below the Earth’s surface.

Staying close to the city’s heart is equally appealing. You can explore the Negro Leagues Baseball Museum, Kemper Museum of Contemporary Art, and Nelson-Atkins Museum of Art, or just devote yourself to the abundance of barbecue.

Gritty classics include Arthur Bryant’s Barbecue and LC’s Bar-B-Q, while new-school establishments like Joe’s Kansas City Bar-B-Que, Q39, and Char Bar Smoked Meats & Amusements are notable for their inventiveness and wider selections of craft beers and cocktails. Whatever you do, don’t leave town without trying burnt ends—charred savory tidbits trimmed off the thin end of the brisket, with Jones BBQ highly ranked for the specialty.

You can also order the smoked pork “pigwich” at The Local Pig, a restaurant and meat market on the streetcar route, just two blocks from Harry’s Country Club, that was previously a food truck permanently parked next door to J. Rieger & Co. The distillery, currently undergoing expansion, produces Kansas City whiskey (blended whiskey dosed with 15 year old oloroso sherry), gin, vodka, and Caffé Amaro coffee liqueur, which are all widely available. Harder to come by is its Monogram whiskey, a blend finished in century-old oloroso sherry botas.

Gomer’s Fine Wines and Spirits’ midtown location is a good place to shop, given that it carries over 700 whiskies from almost every country that makes it. Julep Cocktail Club has a similarly deep collection, with almost 500 whiskies from the U.S., Canada, Scotland, Ireland, Japan, India, and Taiwan. Sit at the bar or slip into the back-room speakeasy Soft Conspiracy for a top-shelf cocktail.

A short walk from The Fontaine and The Raphael Hotel on the Country Club Plaza, the Tuscan-themed JJ’s Restaurant is the recipient of Wine Spectator’s Best of Award of Excellence since 2015 for its wine list, and its whisky collection keeps pace with more than 150 selections. The swank Monarch Cocktail Bar & Lounge offers 60 cocktail options to tempt you for a nightcap. Its Parlour bar beckons with rare spirits like Johnnie Walker Blue Label Ghost and Rare. 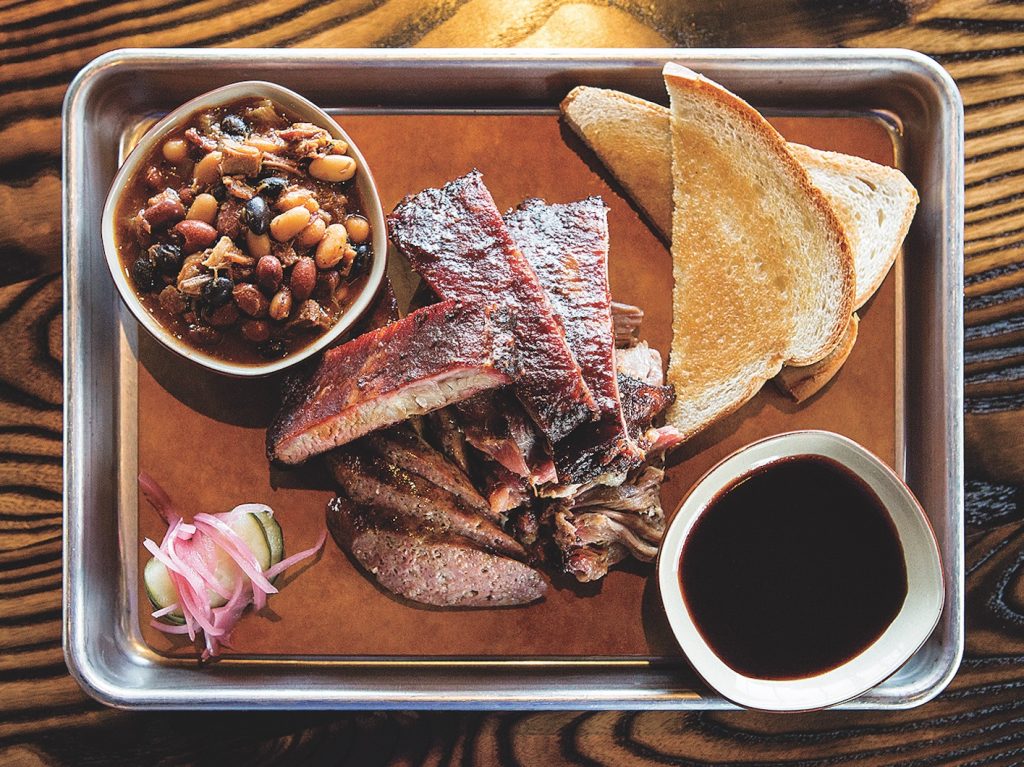 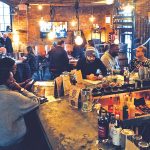 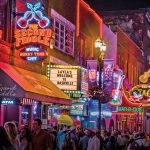 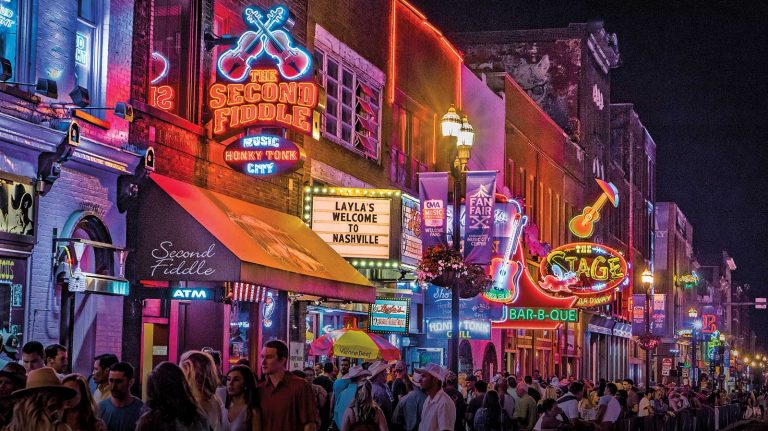 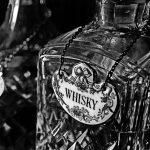 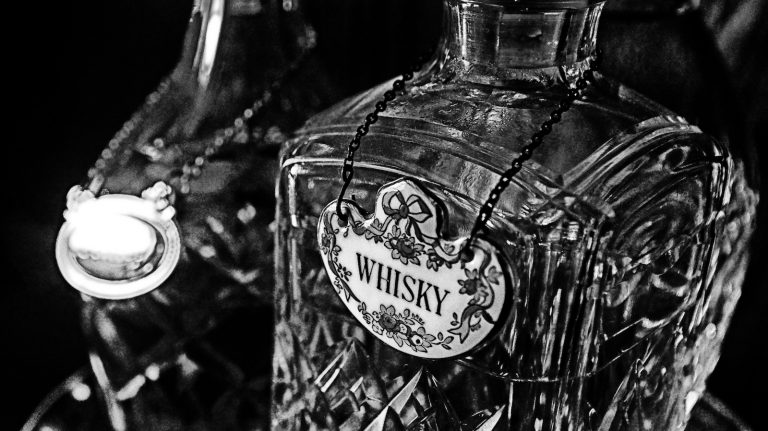 These watering holes are serving up a different kind of spirit alongside whisky.