10 Whiskies On a Rebellious Streak

There are some rebel whiskies out there. Whiskies with a reputation. Bristling with bravado, they carry a certain swagger and command everyone's undivided attention. Some cause a ruckus, throw a punch or two around, and ruffle a few feathers. Some flagrantly disregard the rules and become embroiled in the glare of a scandal, while the lucky ones emerge as accidental heroes. The fate of a rebel whisky can be condemnation, judged by the mocking commentaries to be heinous, abject failure, while others capitalize on the notoriety, ensuring fame propels them into the heavenly realm of legends. You can't argue with the fact that some rebel whiskies are just effortlessly cool.

The year was 2005 and John Glaser released a vatted malt whisky mellowed in casks lined with inner staves of heavily-toasted French oak, provoking the ire of the Scotch Whisky Association (SWA). The practice was deemed non-traditional, leading to an effective ban, which in hindsight handed Compass Box a brilliant publicity coup.

A 2006 quadrupled distilled spirit so rock ‘n' roll it could make a race car howl along the roads of Islay at top speed. It was rocket fuel; consumption of this widow maker was akin to walking a quivering tightrope between immortality and death. Uncompromising? You bet. Live fast, die young.

Before the release of Pure Malt in 2003, Cardhu was a single malt whisky. Blending with other single malts to make Pure Malt resulted in the mind-boggling concept of a blended malt whisky bewilderingly named and packaged like a single malt. A riddle, wrapped in a mystery, inside an enigma? Nope, a capricious short-cut to satisfy the thirst of Spanish drinkers as stock pressures began to bite. What followed was an all too public spat through the SWA between Cardhu owners Diageo and William Grant & Sons, leading to the expeditious demise of this category-contorting beverage. Gone, but not forgotten.

In 2010, when most companies were relishing the prospect of their own 40 year old whisky, nobody was expecting the Elgin whisky specialist to raise the bar this high. The quixotic pursuit of hyper-aged whiskies paid off handsomely. Audacious, peerless, undeniably luxurious, and in retrospect, not nearly expensive enough. 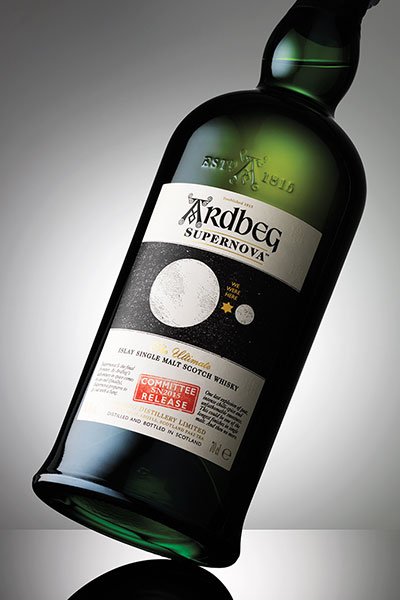 Known as the “Black Whisky,” this liquid coal was made at Mannochmore distillery in 1997 using casks with an incredibly heavy toast. Just imagine the blackened, blistered, charred carbon surfaces of those poor scorched staves. Michael Jackson rated it a 70. ‘Nuff said.

Just to prove to the SWA that you can't win ‘em all. The SWA pursued Glenora distillery for seven years through the courts over concerns that the inclusion of ‘Glen” in a trademark could only refer to a scotch. Heaven forbid, drinkers showing a lackadaisical approach to basic geography might mistakenly order Canadian whisky! This bottle, released in 2010, from Nova Scotia was the mischievous and victorious last word on the matter.

Utah-based blending maverick David Perkins had some folks hollering foul when he picked up a craft whiskey award in 2010 for his delicious blend of sourced mature bourbon and straight rye whiskeys. Nobody could fault Perkins for his consistent honesty and transparency: he was the blender of the bottle with the jackalope label, just not the distiller. Within a year, Perkins picked up the Whisky Advocate Pioneer of the Year award.

Looks can be deceiving. In 1996 the distillery began recreating the Macallan of yore in a popular series of releases straddling the millennium. The impetus was the company's surprising run of good fortune at auction, purchasing bottle after bottle of 19th century Macallan. Except it wasn't 19th century Macallan. No siree Bob. They were nearly all fakes. Don't dismiss them, however, the Replicas contain some darn tasty Macallan.

This 2009 bottling kicked sand in the face of its feebly peated challengers and strutted around packing the kind of raw machismo you only get with peating levels north of 100 parts per million. This act hurled down the gauntlet in the opening salvo of the peat race, and the rest, as they say, is astronomy.

When Morrison Bowmore was cool, back in 1993. Actually, before they were cool. It's the Daddy. Always has been, always will be.