12 Films Shot on Location Across Scotland

The stunning landscapes and picturesque cities of Scotland have inspired filmmakers from around the world to shoot movies there. Presented below are 12 films of various genres that were shot in Scotland.

AVENGERS: ENDGAME (2019)
This epic superhero film directed by the Russo brothers wrapped up many of the storylines from the first three phases of the Marvel Cinematic Universe, including a rousing final battle with Thanos and his minions. A memorable sequence in the film has the Hulk and Rocket Raccoon traveling to New Asgard in Norway to recruit a now-depressed and overweight Thor to join the quest to travel in time and find the Infinity Stones. But it was actually the small fishing village of St Abbs on the southeastern coast of Scotland (now a popular site for scuba divers) that stood in for Norway. Avengers assemble!

BRAVEHEART (1995)
This Oscar winner for Best Picture was directed by Mel Gibson, who stars as William Wallace, the late-13th century warrior who led his fellow Scots against King Edward I of England in the First War of Scottish Independence. The film was shot on location in Scotland over three weeks, with the sweeping landscapes of the Highlands around Loch Leven and Glen Coe as backdrops. The village of Lanark, where Wallace grows up, was constructed in the Glen Nevis Valley at the foot of Ben Nevis, the highest mountain peak in Scotland (and Britain). 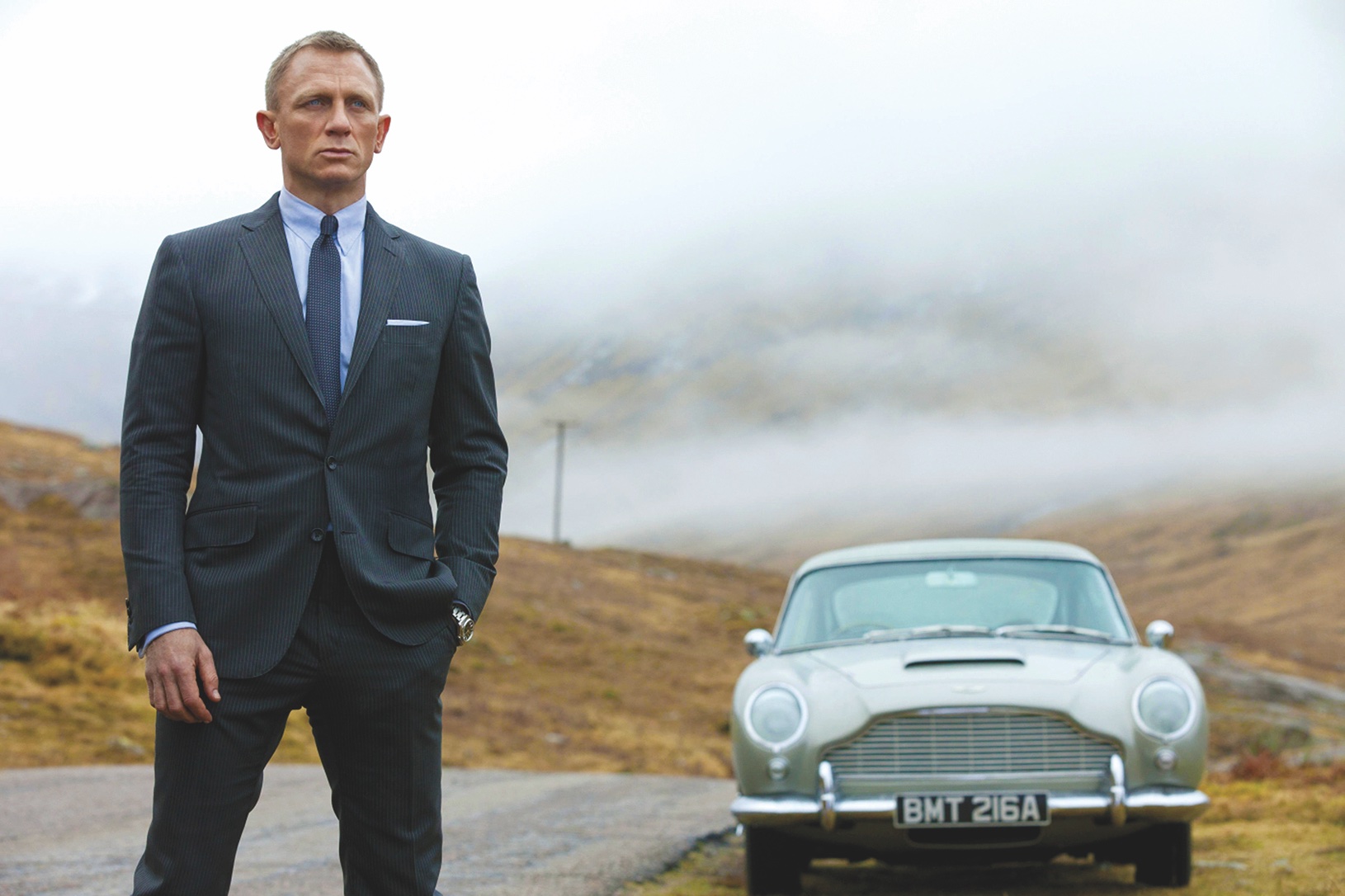 SKYFALL (2012)
Daniel Craig’s third go-round as superspy James Bond is one of the best in the series. Directed by Sam Mendes, the film features Javier Bardem as the villain and Judi Dench in her last appearance as M. The scenes where Bond returns to his family home, Skyfall Lodge, were filmed in Glen Coe (as well as in nearby Glen Etive). Bond also drives his famous Aston Martin through the Highlands near the impressive peaks of Buachaille Etive Mòr and Buachaille Etive Beag. Trivia note: Bond creator Ian Fleming was so impressed by Sean Connery’s portrayal of 007 in “Dr. No” (1962) that he added a Scottish ancestry to the character in future books.

HARRY POTTER series (2001-2011)
In her phenomenally popular Harry Potter books, author J.K. Rowling writes about students of magic attending the fantastic Hogwarts school, which she always imagined was located in Scotland. So it makes sense that many scenes from the various film adaptations were shot on location there. Some of these include the Jacobite Steam Train (which is the Hogwarts Express in the movies), the Glenfinnan Viaduct (best seen in the flying car sequence in “Chamber of Secrets”), Steall Falls (seen during the Triwizard Tournament in “Goblet of Fire”), and frequent film locale Glen Coe Valley, among others. Tours of “Harry Potter” filming locations are available for amateur wizards and muggles alike.

LOCH NESS (1996)
No discussion of Scotland and its movies would be complete without mentioning the country’s most famous resident—the Loch Ness Monster! This 1996 family film stars Ted Danson as an American zoologist brought in to dispel the myth of the lake monster only to find that it may actually exist. Exterior scenes were shot at Loch Ness, with the hotel and village scenes filmed in Lower Diabaig. The mockumentary “Incident At Loch Ness” (2004) starring Werner Herzog was also filmed there (of course). By the way, the first film ever made about Nessie is the creaky 1934 British-produced “The Secret of the Loch” that used blown-up footage of a lizard to represent the monster.

ROB ROY (1995)
Liam Neeson headlines this biographical drama playing Rob Roy MacGregor, an 18th-century Scottish clan chief battling a sadistic nobleman and becoming a legend in his own lifetime. The film was shot entirely in Scotland—mostly in the Highlands—where some of the locations were so remote they could only be reached by helicopter. Loch Morar stood in for Loch Lomond (where Rob Roy lived) and Castle Tioram in Loch Moidart was used for scenes set at the Duke of Argyll’s estate.

MONTY PYTHON AND THE HOLY GRAIL (1975)
Shot mostly on location in Scotland, this hilariously silly take-off of “King Arthur and the Knights of the Round Table” was written and performed by the Python troupe, which includes John Cleese, Eric Idle, and Michael Palin. The film was directed by Terry Jones and Terry Southern and features vignettes where our heroes encounter the Knights who say “Ni,” a savage rabbit, a questioning bridge keeper, and a knight who refuses to surrender even as he loses his limbs. (“It’s just a flesh wound!”) Different angles of Doune Castle represented various castles in the film, while Castle Stalker in Loch Laich was used in the final scenes where French soldier Cleese taunts Graham Chapman from the battlements.

TRAINSPOTTING (1996)
At times darkly comic, Danny Boyle’s drama starring Ewan McGregor, Jonny Lee Miller, and Robert Carlyle follows the sometimes harrowing, sometimes hallucinatory lives of heroin-addicted friends in Edinburgh. Though set there, the film was mostly shot in Glasgow with the crew working out of an abandoned cigarette factory (the opening scenes were filmed in Edinburgh near Regent Bridge). Boyle returned to Rouken Glen Park in Giffnock, which was used for the gravesite in his previous film “Shallow Grave” (1994), for the scene where Sick Boy and Renton discuss Sean Connery’s movies. 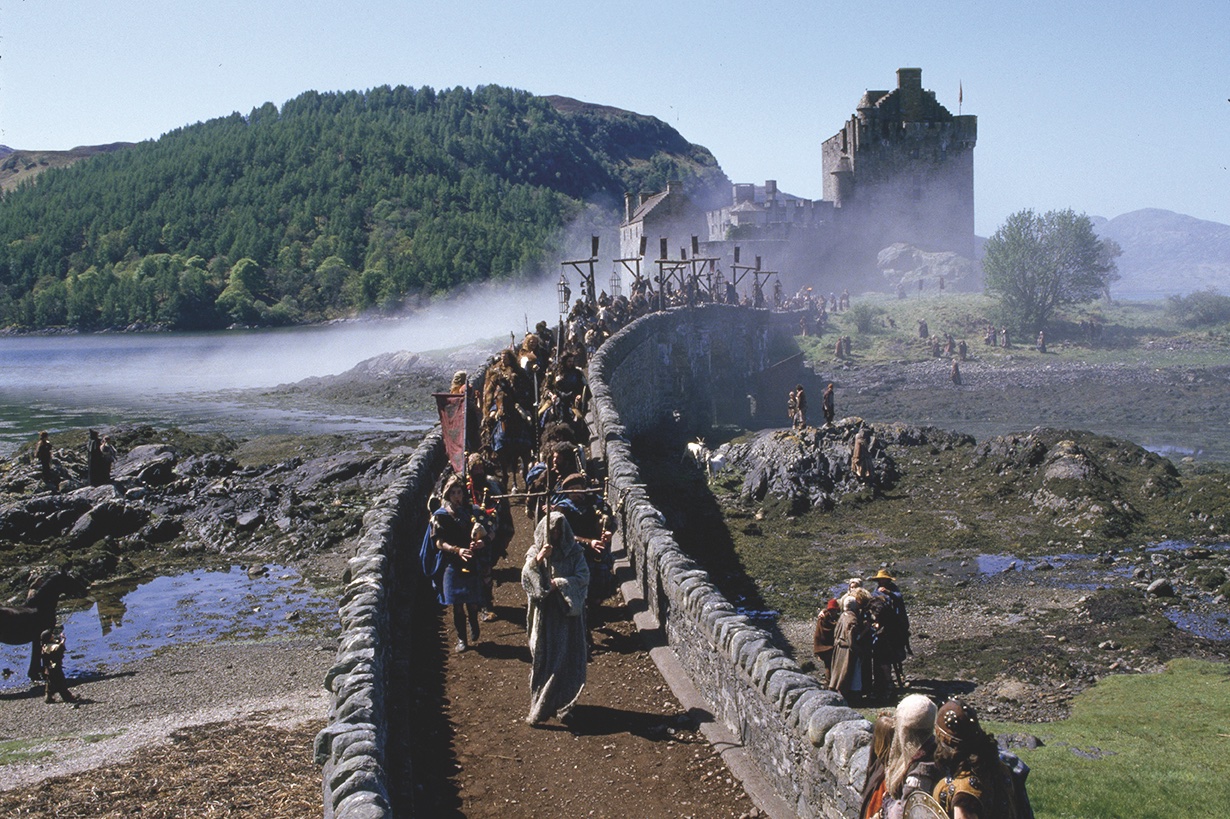 HIGHLANDER (1986)
Director Russell Mulcahy’s fantasy actioner starring Christopher Lambert and Sean Connery as invincible immortals fighting an age-old war launched an entire franchise of sequels and television series. Described as a “real visual treat for Scottish Highlands scenery,” the filmmakers used Eilean Donan Castle and its bridge on the shore of Loch Duich at the start of the picture. Later scenes were shot at Loch Shiel, Glen Coe, and Rannoch Moor, among other locales. There are even special tours that take visitors to many of the film’s shooting sites.

WHISKY GALORE (1949)
Wartime rationing has left the residents of the Scottish island of Todday thirsty until a ship with 50,000 cases of whisky wrecks off the coast. The villagers scheme to rescue the whisky, bringing them into conflict with the authorities. This classic Ealing Studios comedy directed by Alexander Mackendrick was shot mostly on the island of Barra, located near Outer Hebrides. A remake of this must-see for whisky lovers was released in 2016, and is well worth a watch. 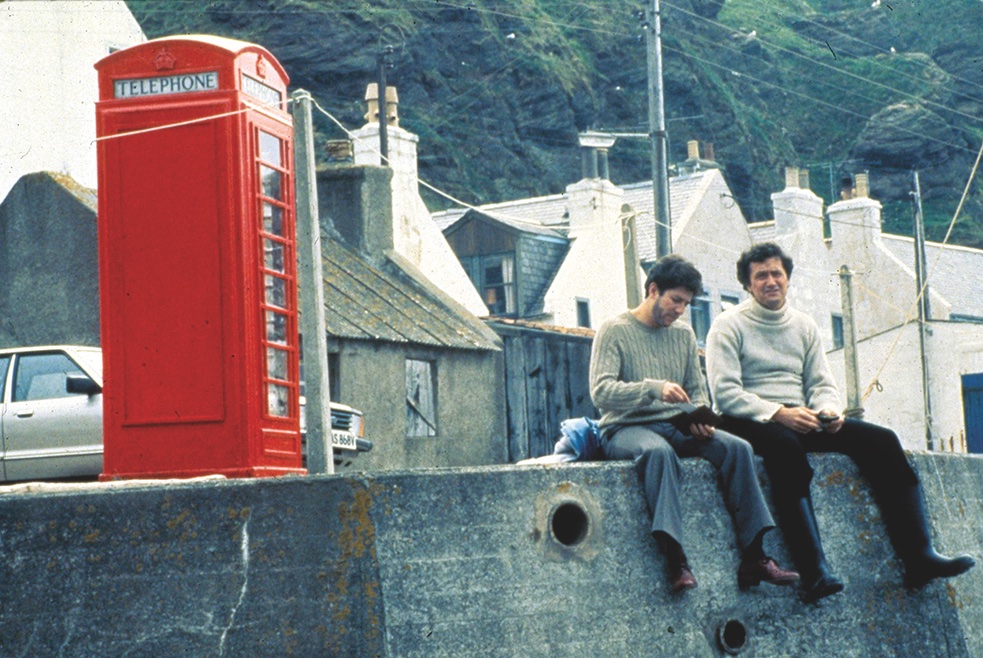 LOCAL HERO (1983)
This quirky Bill Forsyth dramedy starring Peter Riegert and Burt Lancaster has a cult following. Set in a fictional Scottish village, it tells the story of an oil company representative who comes to buy the town and the outlying land but falls in love with the quaint area and eccentric locals. The movie was filmed in several locations around Scotland, with the village scenes shot in Pennan on the Aberdeenshire coast and the beach scenes at Morar and Arisaig on the west coast.

THE WICKER MAN (1973)
This cult horror film starring Edward Woodward and Christopher Lee and directed by Robin Hardy still packs a punch, especially the unforgettable finale. Woodward plays a religious conservative police constable searching for a missing girl on the island of Summerisle, where the residents have reverted to paganism. The film was shot in various Scottish towns and villages including Stranraer, Plockton, Anwoth, and Gatehouse of Fleet. The filmmakers also took advantage of the Culzean Castle in Ayrshire and the Isle of Whithorn, where locals were used as extras in some scenes. Avoid the Nicolas Cage remake!