Scotch whisky distilleries traditionally were fairly spartan experiences— and certainly not places for culinary or cocktail flair. Some pioneers like Glenfiddich have long offered food amenities, but those examples were few and far between. Today, that scenario no longer applies: Distilleries across Scotland now have a variety of whisky-and-food experiences, often presented to stunning effect.

In the Highlands, Glenmorangie offers the standard Original Tour, which includes a tour and two drams in an hour-long experience. But you can have a far more elaborate time at Glenmorangie House, the distillery’s guest quarters. Here, everything from afternoon tea, drams before dinner (with canapés, of course), and a four-course meal are on offer, as well as breakfast the next morning. But dinner is what really sets it apart. 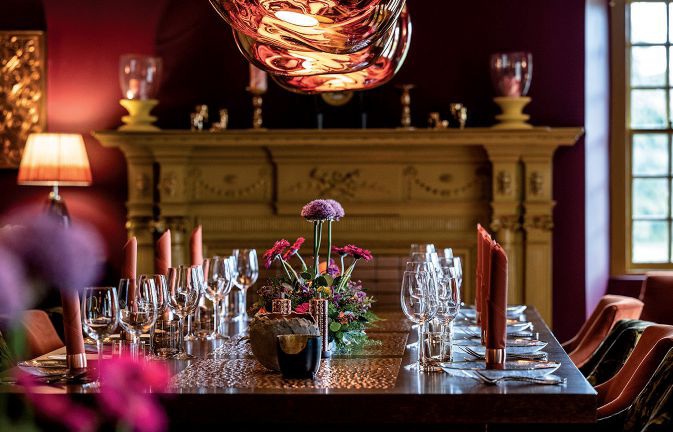 “Dining is a central part of the experience at Glenmorangie House, and we create a new menu every night that echoes the ambition that goes into the whiskies,” says head chef John Wilson. His basic rule of thumb is to use ingredients that bring the whisky’s flavors to life. “You don’t have to serve a whisky with every course—it can also be used in the cooking process,” he says.

The result is a whole new way of understanding how scotch whisky can meld with the dining experience. “Quite often,” Wilson adds, “we will use our whiskies as a curing agent—we make a scallop ceviche using Quinta Ruban—or in sauces. An example of this would be when we recently created a menu around one of our releases, Glenmorangie A Tale of Winter. For our second course, we served a baked fillet of halibut, and to connect with the winter theme, served it with a very delicate ‘Hot Toddy’ [a la] nage, which had just a touch of Glenmorangie Original to underpin the citrus flavors.” They also offer cocktails reimagined with their whiskies, showcasing the versatility of single malt scotch in mixology. 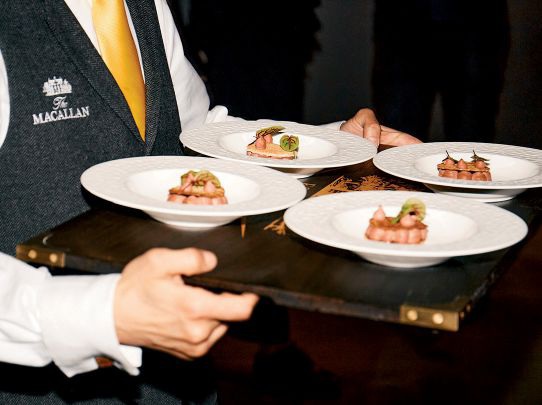 Such creativity allows visitors to engage with whisky in new ways. At Glenturret, also in the Highlands, guests can learn about its history and whisky through a distillery tour and tasting, but the food pairing fun can be found at The Glenturret Lalique Restaurant, a six-table dinner-only venue, which recently earned its first Michelin star. (Swiss-based crystal maker Lalique is Glenturret’s owner.) It’s not just the intersection of whisky and food that’s so important, but also the message that such pairings can be equally as exciting as wine dinners. Local flavors like malted barley sourdough bread served with house-cultured butter are found side by side with more creative riffs like Sika deer with hay-smoked celeriac and sour quince, plus countless options in between.

In Speyside, Elchies Brasserie at The Macallan Estate offers a five-star dining experience that’s centered around local ingredients. “Scotland produces some of the world’s best lamb, langoustines, and seafood,” says the estate’s general manager Stuart Cassells. “We’re on a mission to raise Speyside’s position as a must-visit culinary destination, in the same way it is famous for its whisky.”

This past spring, The Macallan Estate hosted a whisky-paired dinner as part of the region’s annual Spirit of Speyside Whisky Festival. Created by head chef Pawel Sowa, the menu enhanced the flavors of haggis ravioli, peas, mint, and goat ham with a tasting of Macallan Sherry Oak 12 year old. A dessert of rhubarb semifreddo, pistachio cream, and whisky madeleines was paired with a Macallan Triple Cask 12 year old, which Sowa chose for its notes of lemon citrus, vanilla, light toasted oak, and nutmeg 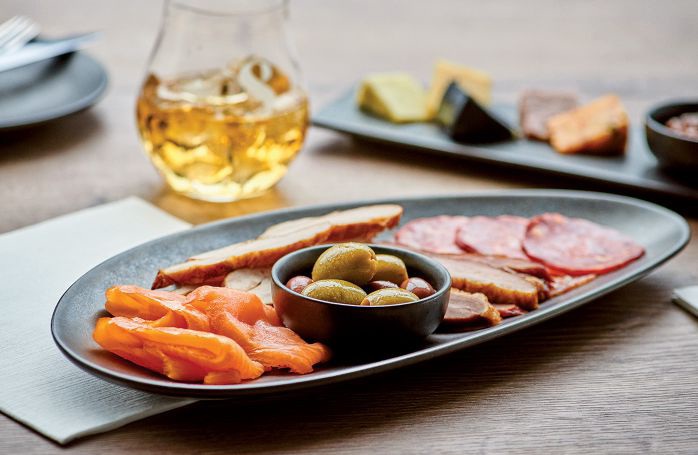 Of course, guests don’t have to commit to a full sit-down dinner to make the most of Macallan’s food and whisky options. The distillery has an excellent bar on-site, as well as classic tours. It also offers a morning-long fishing experience on the River Spey, complete with barbecue lunch and—of course—whisky. And The Macallan Estate Pioneers Experience doesn’t just include whisky to enjoy alongside a picnic lunch, but also the company of actors portraying key figures in the history of the distillery.

On Islay, Ardbeg owns a converted Airstream— the “ARDstream Trailer”—from which guests can buy whisky-friendly snacks to go with their precious liquid. What’s better than “griddled meats” alongside a dram of Ardbeg? (The distillery’s beloved Old Kiln Bistro closed due to the pandemic and is currently undergoing renovations, with a plan to reopen later this year. At the time of writing, it was still closed, but check their website for the most up-to-date opening information.)

In the Lowlands, Bladnoch boasts Café Melba, where lunch after a tour and tasting is just what you need to refuel…and, if you’re smart, to enjoy a bit of cake with another dram (cake and whisky are natural partners, especially if the former isn’t overly sweet). 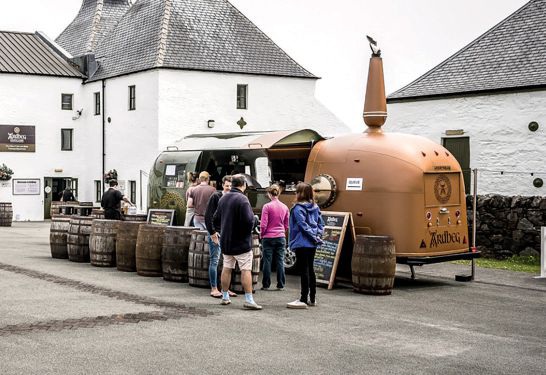 At Arran Distillery on the Isle of Arran, you can take a deep dive into pairing scones and other freshly baked treats with single malt scotch. And back in Speyside, The Mash Tun, while not on the grounds of any one distillery, is a magnet for whisky and food lovers from around the world. The half-pound “Big Mash” burger practically demands to be paired with a dram from the Glenfarclas Family Cask Collection, of which the Mash Tun has a range going back to 1952.

In the Highlands, GlenDronach Distillery offers artisan chocolate pairings. “You can be more adventurous in today’s single malt scotch environment, compared to the obligatory oat cake that would have historically been offered with your dram,” notes Stewart Buchanan, global brand ambassador for GlenDronach, Benriach, and Glenglassaugh. Indeed, with all that Scotland’s distilleries offer today, whisky lovers can find many new ways to enjoy their favorite whiskies—at the table and in cocktails