The Whisky Auction Leaders of the Year

Welcome to our 2022 list of the world’s 20 leading auction houses—ranked by their most expensive bottle of whisky sold in 2022. The rules are simple; hammer prices of the winning bids for a single bottle are shown without buyer’s premiums, and cask sales and multi-bottle lots are excluded. Prices are converted to U.S dollars using xe.com exchange rates from the date of each auction.

There were hundreds of top-flight whisky auctions across the world in 2022, but competition was intense and several major auction houses simply didn’t make the cut. In terms of specific whiskies, the list includes 11 scotch whiskies (including 9 entries for Macallan), 6 Japanese whiskies, 2 American whiskeys, and one Irish whiskey. During the year, auction houses had to deal with global economic volatility that had an impact on bidding, such as the strong dollar and weak pound, and we saw a growing number of unsold bottles. Our previous lists from 2021 and 2020 are available for comparison to help collectors determine which auction houses are handling the world’s most coveted whisky collectibles.

THE 20 MOST EXPENSIVE WHISKIES BY AUCTION HOUSE IN 2022 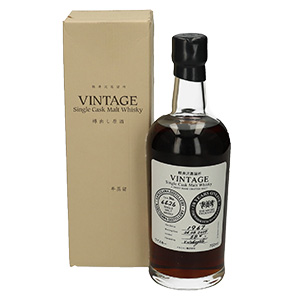 20. Whiskyauction.com: Karuizawa Vintage Cask 1967 The Whisky Exchange 10 Years Online
Sold on: October 15
Hammer price: $23,840
A renowned 42 year old expression of Karuizawa from 2009, released to celebrate the 10th anniversary of UK retailer The Whisky Exchange, which was founded in 1999 by entrepreneurs Sukhinder and Rajbir Singh, owners of Elixir Distillers. (Elixir sold The Whisky Exchange to French spirits and wine giant Pernod Ricard in 2021.) 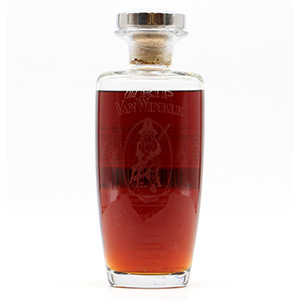 19. Hart Davis Hart: Old Rip Van Winkle 25 year old
Sold on: April 1
Hammer price: $26,000
This upscale decanter was released in 2017 for $1,800, and contains bourbon distilled in 1989 at the Stitzel-Weller Distillery. The liquid had been held in stainless steel since 2014 to prevent further maturation. 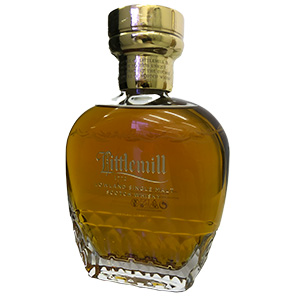 17. Speyside Whisky Auctions: Macallan 40 year old Sherry Oak 2016 Release
Sold on: April 5
Hammer price: $30,136
Part of a 500-bottle release by former Macallan whisky maker Bob Dalgarno, this 40 year old precedes the modern Macallan Red Collection 40 year old releases. This expression has an ABV of 45% and the label records a color tint of 40, as measured by the colorimeter in the Macallan blending lab. 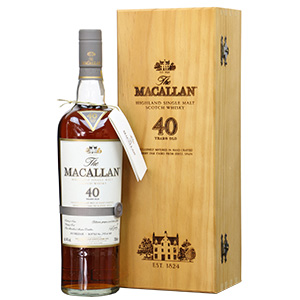 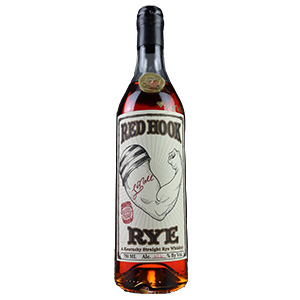 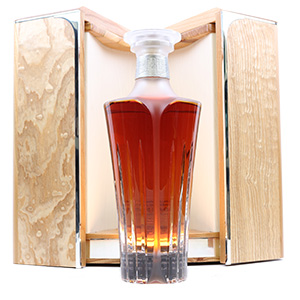 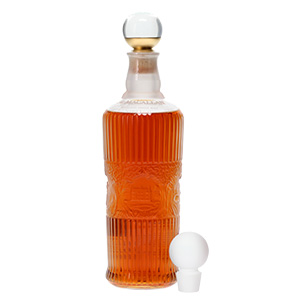 11. WVA Whisky Auctions: Macallan 1950 Tales of the Macallan Volume 1
Sold on: August 1
Hammer price: $93,289
This exquisite bottle of single malt released in late 2021 ticks a lot of boxes for collectors; it’s Macallan, it’s Lalique, it’s the first in a new series, and it was distilled in 1950. It was one of the last releases by Sarah Burgess, the former Macallan lead whisky maker who left the company in early 2022. 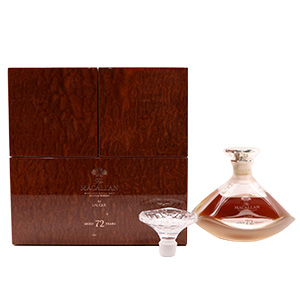 10. Scotch Whisky Auctions: Macallan in Lalique 72 year old
Sold on: November 13
Hammer price: $94,686
This remarkable looking decanter was part of a 600-bottle release in 2018 that extended the partnership between Macallan and Lalique. It was also the highest-selling bottle at Scotch Whisky Auctions in 2021, though this year’s hammer price was $14,469 higher. 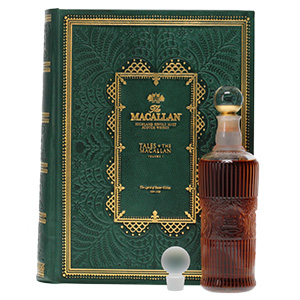 9. Grand Whisky Auction: Macallan 1950 Tales of The Macallan Volume 1
Sold on: January 24
Hammer price: $102,211
Bottled at over 70 years old with an intricate Lalique bottle design, this series is shaping up to be the natural successor to Macallan’s Six Pillar collection. 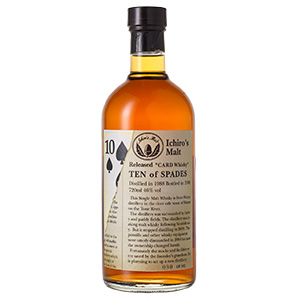 8. Christie's: Hanyu Ichiro’s Malt Card Series Ten of Spades
Sold on: September 9
Hammer price: $127,401
Christie’s, Hong Kong sold this rare bottle of Hanyu from Ichiro Akuto as part of an impressive collection of rare Japanese whisky. It was distilled in 1988 and bottled in 2006 in a release of only 202 bottles. 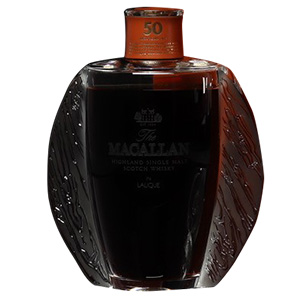 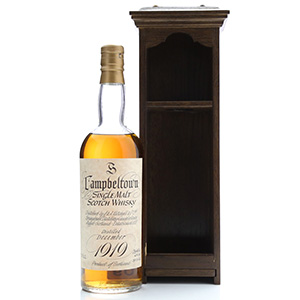 6. Whisky Auctioneer: Springbank 1919 50 year old
Sold on: January 10
Hammer price: $162,820
After two consecutive years in the top slot, Whisky Auctioneer drops to 6th place with this venerable old Springbank. Distilled more than a century ago, it provides a direct link back to Campbeltown’s glory days, and represents the earliest distillation date to make the list this year. Only 24 bottles were released; notably, Whisky Auctioneer’s hammer price for bottle #12 was $31,680 lower than Christie’s sale of bottle #4 in December 2021. 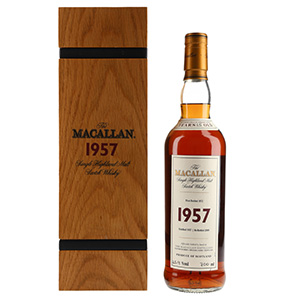 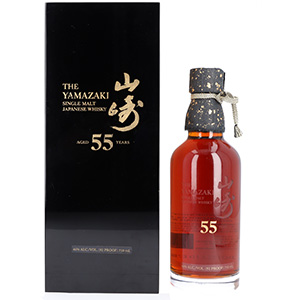 4. Zachys: Yamazaki 55 year old
Sold on: Oct 17
Hammer price: $320,000
Two years after its release, the allure of this rare Japanese single malt means it can still command its place as the leading bottle whenever it appears, though the auction record still stands from when it first went under the hammer. 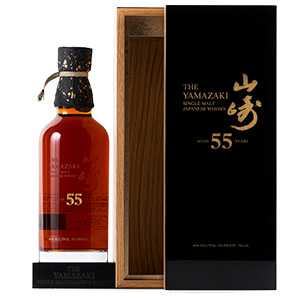 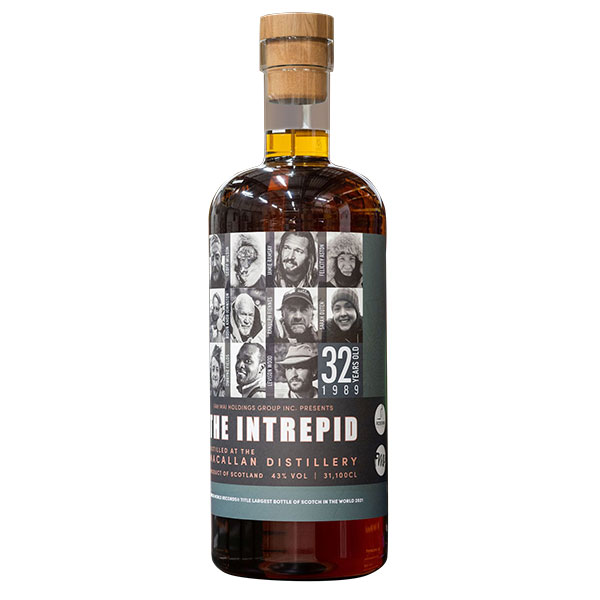 1. Lyon & Turnbull: The Intrepid Macallan 1989 32 year old
Sold on: May 25
Hammer price: $1,128,665
This year’s winner is Lyon & Turnbull with its sale of this record-breaking bottle of whisky – officially, the largest ever bottled. It’s the first time an independent bottler has topped this chart. Standing 5’ 11” high and containing 311 liters of Macallan 32 year old from two casks, it was bottled by Duncan Taylor Scotch Whisky in recognition of 11 intrepid explorers.