Wheat may be a major staple in American agriculture, but it has maintained a low profile in the national whiskey space. While widely used as a secondary grain in wheated bourbons and rye whiskeys, wheat is not often showcased by domestic whiskey makers. But some distillers are taking the plunge, exploring wheat’s many varieties and signature flavors. 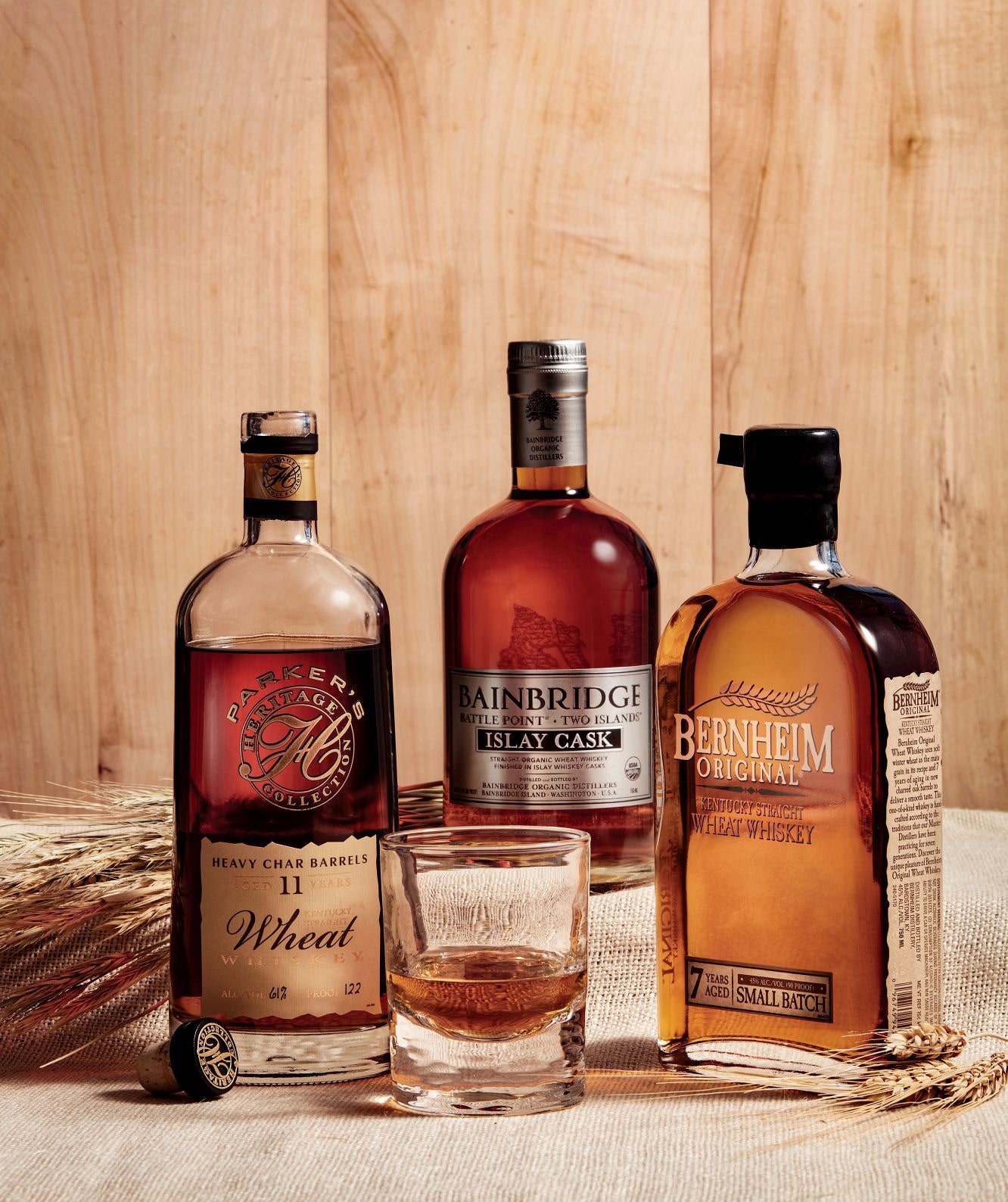 A wheat whiskey must include at least 51% wheat in the mashbill, with maturation in charred new American oak barrels. A wheated whiskey, on the other hand, is one where wheat is the major secondary grain—behind corn in the case of wheated bourbons, for example. Well-known “wheaters” include popular names like Van Winkle, W.L. Weller, Maker’s Mark, and Larceny.

But actual wheat whiskeys are rare birds indeed. Historically, it was never a popular grain for whiskey making, primarily because it was more expensive than corn or rye. The situation wasn’t helped by some early attempts that resulted in overly oaked, fiery whiskeys—partly because the commitment to quality was not always there, with some distillers using wheat malt extract instead of actual grain. When Al Laws founded Laws Whiskey House in Denver, Colorado nearly a decade ago, he set out to craft heritage-grain whiskeys with a sense of terroir. He released his first batch of wheat whiskey in 2016, aged 3 ½ years. Today Laws’s wheat whiskeys are closer to 6 years in age, with a mashbill made from soft white Centennial spring wheat sourced from a family farm in southern Colorado’s San Luis Valley.

Laws whiskey lineup includes Four Grain wheated bourbons and ryes, plus a limited-release malt expression. But each summer, the distillery rolls out its Centennial bonded wheat whiskey. “We took our Four Grain and wanted to make sure people could taste all four American mother grains in every sip,” says Laws. “We wanted to pull it apart—deconstruct it, if you will.” The team at Laws has since learned how to tame the fiery notes often found in young Centennial wheat whiskey, to achieve balanced flavors of baking spice and doughiness. “It was grain-forward at first, but as it got older, we realized that it was great whiskey, and it just happened to be made from wheat,” says Laws. Bernheim Original is probably the most recognizable wheat whiskey today, named for Heaven Hill’s Bernheim Distillery in Louisville. Heaven Hill introduced the expression in 2006 after master distiller Parker Beam created it from some leftover red winter wheat. At the time, it was Heaven Hill’s first new whiskey since Prohibition. As the distillery began to see how well this wheat whiskey aged, in 2014 it placed a 7 year age statement on Bernheim, in total opposition to the industry practice of eliminating age statements on other brands. With its lighter, softer taste profile, Bernheim wheat whiskey is very sippable—but alas, still largely underappreciated.

Columbus, Ohio-based Middle West Spirits, founded in 2008, is also blazing a path in wheat whiskey with its grain-to-glass focus. “Soft red winter wheat is produced a lot here in Ohio, so wheat whiskey was the first thing we focused on,” says Middle West co-founder and CEO Ryan Lang. Working with the Agricultural Technical Institute at Ohio State University, the distillery has delved deep into Ohio wheat—and in particular that soft red winter variety, which is used in all Middle West spirits, including its vodka and gin.

Looking to experiment with barrel aging, Middle West used oloroso barrels from Meier’s Wine Cellars in Cincinnati and released its Double Cask Collection Oloroso wheat whiskey. Middle West now works with Speyside Bourbon Cooperage, located in Jackson, Ohio. That partnership allows it to experiment with wine and sherry barrels for wheat whiskeys, which will be released in a few years. “Ohio wheat is our backbone,” says Lang. “Pennsylvania has rye, and Kentucky has corn. Wheat, too, has its place.”

Many see wheat whiskey as a sleeper style whose day will come. “There are just not a lot of well-aged, 100% wheat whiskeys on the market, but wheat is a natural transition to the flavor profile of traditional American whiskey,” says Laws. With its soft mouthfeel and approachable flavor, wheat whiskey may gain attention as more new expressions emerge. 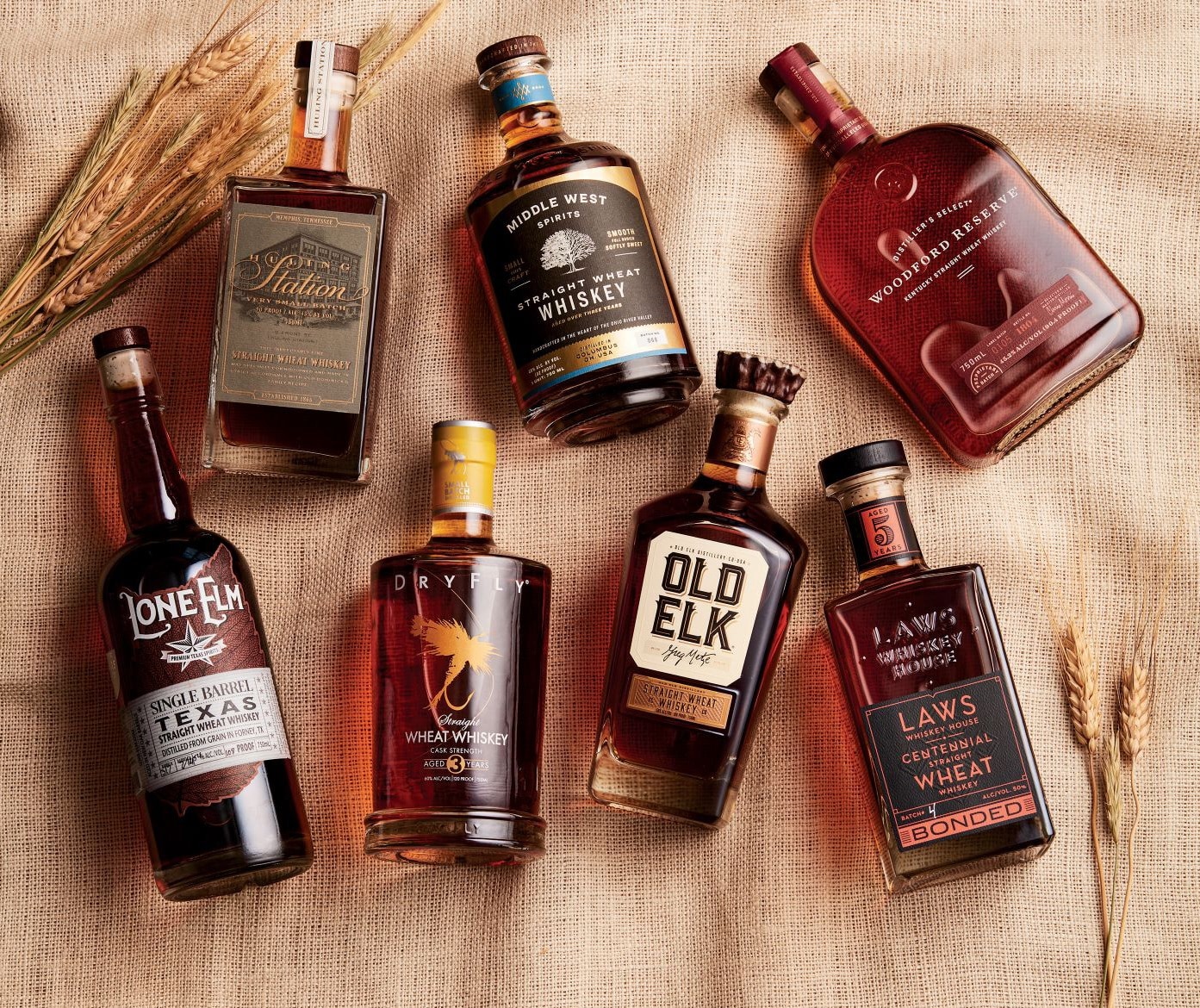 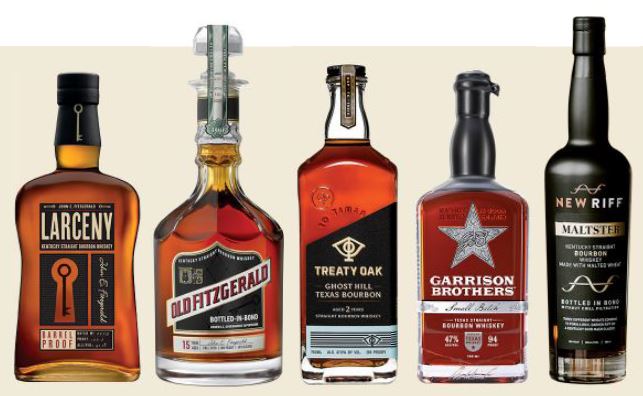 Not to be confused with wheat whiskey, wheated bourbons maintain a majority corn mashbill complemented by a heavy dose of wheat as a secondary ingredient. Wheat can be added to create a four-grain mashbill, or it can replace rye as the second ingredient after corn, creating a softer, slightly sweeter flavor profile.

While everyone knows the iconic Van Winkles and W.L. Weller, there are many other wheated bourbons to try in endless styles. As distillers become more familiar with what wheat has to offer in a bourbon, innovations in barrel finishes and charring provide whiskey fans plenty of opportunities to explore.