While Buffalo Trace Distillery announced the 2019 release of the Old Rip Van Winkle whiskeys yesterday, the real new product upset of the week was Glenlivet's cocktail pods—an innovation that isn't even coming to retail shelves, but nevertheless caused quite a stir. My take? Do not fear the scotch pods.

Beyond the unobtainable, there are plenty of new whiskies to look for now. Jim Beam has revealed an overhaul of its Baker's brand. The bourbon will remain at least 7 years old and 107 proof, but is now bottled as a single barrel for $70. In addition, there's a limited-edition 13 year old Baker's available in small amounts for $100.

Beam's Kentucky neighbor, Heaven Hill, has debuted Larceny Barrel Proof. The cask-strength version of the distillery's wheated bourbon is priced at $50 and will be released in three batches a year.

Balvenie Distillery is rolling out Batch 6 of Tun 1509. The limited-edition single malt costs $400.

Wyoming Whiskey is bringing back Outryder at 7 years old. The combination of high-rye bourbon and a whiskey made with 48% rye is priced at $75, with just over 3,400 bottles available.

Templeton is releasing a rye finished in maple syrup casks. Priced at $40, there are 24,000 bottles of Templeton Maple Cask-Finished for sale.

Also under the maple influence: Graverobber Unholy Rye from New Hampshire's Tamworth Distilling. The whiskey is flavored with maple syrup tapped from a tree growing in a cemetery. There are limited amounts, selling for $69 for 200 ml.

Finally, Washington, D.C.'s Republic Restoratives has unveiled the third batch of Borough bourbon. The whiskey is sourced from MGP and finished in armagnac casks, priced at $49. 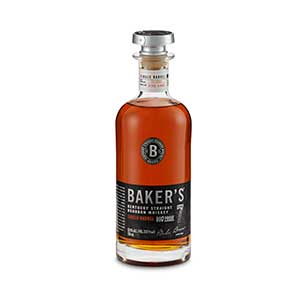 Jim Beam is making a change to Baker's bourbon: Previously a batched whiskey, it will be bottled as a single-barrel bourbon from now on. The proof (53.5% ABV) and minimum age (7 years) will remain the same, although some of the single barrels may be even older. The bottle's neck label indicates the barreling date, age, warehouse, and serial number of each barrel. The price is rising however— from around $50 to $70. 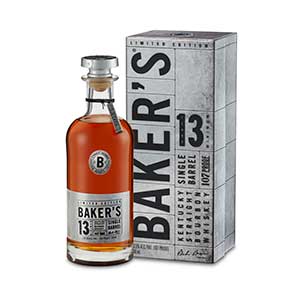 The first-ever limited edition for Baker's, this is a straight bourbon aged for 13 years.

Jim Beam master distiller Fred Noe came to New York on Tuesday to launch the new Baker's, and he told me that the 83 year old Baker Beam himself—former distiller at Jim Beam's Clermont distillery, and cousin of Booker Noe, who created the Baker's brand—selected and approved several single barrels in this initial rollout. Jim Beam will continue expanding on the Baker's line in the coming years, potentially through wood finishes. 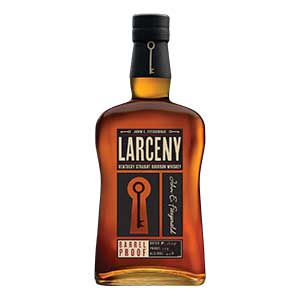 It's exactly what it sounds like: a barrel-proof version of Larceny, a wheated bourbon made by Heaven Hill Brands. Three batches will be released per year in January, May, and September, with each batch designated by a code similar to that used for Elijah Craig Barrel Proof: a letter indicating which of the three batches it is, followed by three numbers—month and year. So the first release will be A120—A for the first batch, 1 for January, 20 for 2020.

While it was previously available as a barrel pick for the Kentucky Bourbon Affair and sold at Heaven Hill's Bourbon Heritage Center, Larceny Barrel Proof is finally going to be distributed everywhere. Heaven Hill says that the batches for each release will be 200 barrels or less; bottle counts will vary based on the barrels' yield. 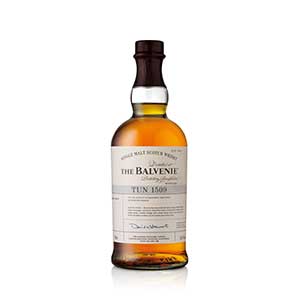 David Stewart has been working at Balvenie for over 50 years, and he knows the whisky better than anyone else—and it shows in these Tun 1509 releases, which allow him to play with a variety of casks and liquids. His masterful skill is on full display, indicated by scores for past batches—91 points for Batch 1 and Batch 3, and 92 points for Batch 5. 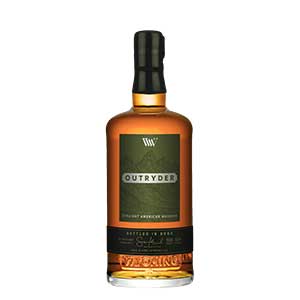 Wyoming Whiskey's original distiller, Steve Nally, was tasked with making rye early in his tenure. Apparently not a fan of the style, he stubbornly refused to do so, instead distilling a whiskey whose mash didn't quite qualify it as rye, as well as a high-rye bourbon (Wyoming's main bourbon recipe uses wheat as the secondary grain). So when the whiskey was mature several years later, Wyoming had to release it as just whiskey, not rye. It seems to have turned out okay, though, because after an initial release a few years ago, Outryder is back again, and at an older age. Look for a review in an upcoming issue of Whisky Advocate! 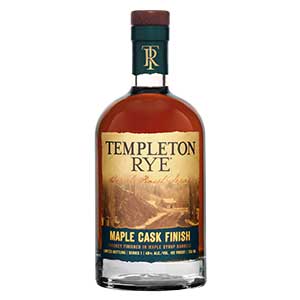 Templeton filled 80 of its once-used barrels with Wood's Vermont Syrup Co. maple syrup; once emptied, the casks were filled with mature rye whiskey for a 2-month finishing period.

Unlike the whiskey below, this isn't a flavored whiskey because no maple syrup was added—it was simply finished in barrels that previously held maple syrup. Because, however, it wasn't only matured in new charred oak, it's also not a straight whiskey. Whatever it technically is, we look forward to tasting it and publishing a review in an upcoming issue of Whisky Advocate. Stay tuned! 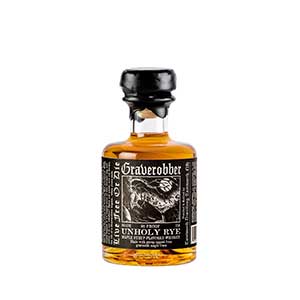 According to Tamworth, there's a New England superstition about maple trees in cemeteries; the fear is that if the trees are tapped for syrup, it'll disturb the dead. Sounds spooky, and totally appropriate to drink in these haunted bars. 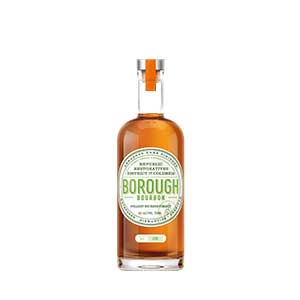 This is the third batch of Republic Restoratives' Borough bourbon, a high-rye bourbon distilled at MGP and finished in Washington, D.C. in armagnac casks.

Each batch of Borough bourbon is deliberately different; for example, Batch 2 featuring wheated bourbon finished in rum casks. Republic Restoratives sources the whiskey for Borough but is also distilling and aging at its Washington, D.C. facility.