A shake-up in the American whiskey world went down earlier this week, when it was announced that Rob Dietrich—formerly master distiller at Stranahan's—is taking on the role of master distiller and blender at Blackened, the whiskey brand co-founded by Metallica and the late, great Dave Pickerell. Dietrich has big shoes to fill, and we look forward to watching his progress.

In the meantime, there's plenty of new whisky to look for now. Basil Hayden's has released its latest boundary-crossing expression, a blend of rye whiskeys and rum. Basil Hayden's Caribbean Reserve Rye is available for a limited time, priced at $45.

Macallan is adding a new whisky to its core lineup. Made from barley grown on the distillery's Easter Elchies estate, Macallan Estate has a price of $250 and will be widely available.

Templeton is rolling out the 2019 batch of its Barrel Strength Straight rye. Coming at 57.9% ABV this year, the rye is priced at $60, with just over 20,000 bottles available worldwide. 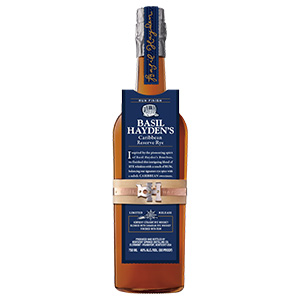 This "whiskey" is a blend of 8 year old Kentucky straight rye, 4 year old Canadian rye, and an unspecified amount of blackstrap molasses rum from the Caribbean.

Basil Hayden's has been releasing a lot of whisky variations in recent years, starting with a standard rye and including offerings like Two by Two Rye (blending Kentucky and Canadian ryes) and Dark Rye (a blend of Kentucky and Canadian rye with added port). This release is definitely in the vein of Dark Rye; the addition of rum will render the liquid sweeter and likely round out the mouthfeel. Although legally, non-straight rye can have up to 2.5% added flavoring and/or coloring, this "whiskey" is classified as a distilled spirits specialty—by law, technically not a whiskey at all. 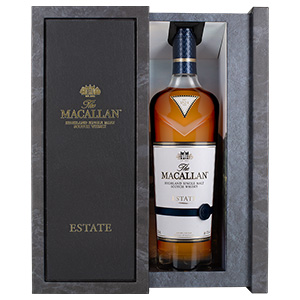 For one week each year, Macallan distills barley that was grown on the distillery's 485-acre Easter Elchies estate. Previously blended into limited-edition whiskies, the liquid is now being released as a single malt all on its own. It will be part of Macallan's core lineup.

Many distillers are exploring the idea that where grain is grown can impact the flavor of the whiskey made from it. Some refer to this concept as terroir, others as provenance. When it comes to applying these principles to malt whisky, examples include Bruichladdich's Islay Barley series, the single farm single malts being made at Ireland's Waterford Distillery, and any number of ongoing projects at Westland Distillery. Will you be able to taste a difference in this new Macallan compared to others made with barley grown beyond the distillery's property? Try it, and then let us know. 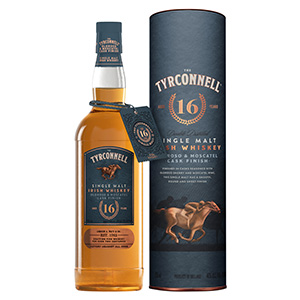 This double-distilled Irish single malt whiskey was initially aged in bourbon barrels and then finished in specially seasoned wine casks. The casks had first held oloroso sherry and later moscatel wine before being used to finish the whiskey.

Tyrconnell has had great success with several of its cask-finished whiskeys in the past, like the 15 year old Madeira Cask Finish (89 points) and 10 year old Sherry Cask Finish (91 points). And the core Tyrconnell 16 year old was named number 16 in Whisky Advocate's 2017 Top 20. 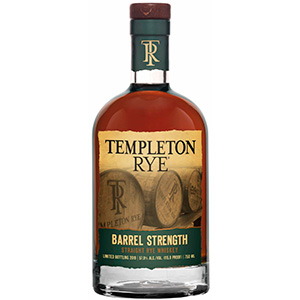 Following up on last year's debut of a barrel-proof straight rye, Templeton is releasing a new batch for 2019. The whiskey is sourced from MGP Distillery and uses its 95% rye-5% malted barley mashbill. This year's release is available in the U.S. and select international markets.

Did you read the details above about legally allowable flavorings and colorings in rye whiskey? Templeton's regular rye uses this methodology. The barrel-proof version, however, does not; it is a straight rye, with nothing added. 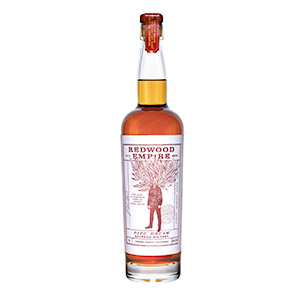 This whiskey combines bourbon made at Sonoma County's Graton Distilling Co. with bourbons from Kentucky, Indiana, and Tennessee, all ranging in age from 4 to 12 years. It's named for the 14th tallest tree on earth, a giant redwood close to the California distillery. 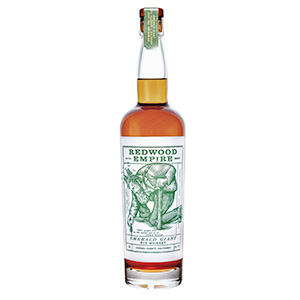 Origin: Multiple (CA and IN)

A combination of 3-5 year old ryes made at Graton Distilling and MGP Distillery, this whiskey is named for another famous redwood tree.

Located in the heart of redwood country, Graton Distilling Co. names its whiskeys after famous redwood trees. Even the brand name, Redwood Empire, refers to a stretch of land that's home to numerous indigenous, impressive trees. In addition to this new bourbon and rye, Redwood Empire's line includes an American whiskey—now being relaunched with the name Lost Monarch—which blends Graton's own rye with sourced whiskeys from MGP.

In addition to the new releases, the company has announced a partnership with Trees for the Future (TREES), a non-profit that plants trees and supports sustainable agriculture through initiatives like forest gardens. For every bottle of whiskey sold, Redwood Empire will sponsor the planting of a tree.