It's that time of year again—our Top 20 whiskies of 2021 have been revealed! This year the list is led by a single malt Scotch, Lagavulin 11 year old Offerman Edition Guinness Cask Finish, a whisky we first included in this very roundup back in May. The rest of the list spans the globe, offering up a little something for everyone.

There are plenty of new releases to enjoy alongside these gems. Booker's unveils its final release of the year, Barrell Craft Spirits adds some older bourbon and rye to its Stellum line, and Cascade Hollow debuts a 13 year old rye in its Moon series. Read on for full details. 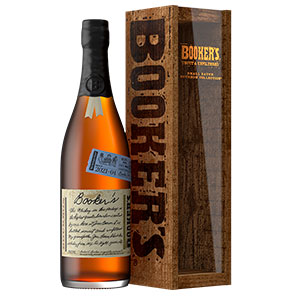 The fourth and final batch of Booker's for 2021 celebrates Booker Noe's social nature. It is said that the 6th generation Beam master distiller could turn any stranger into a friend, and often invited newfound friends to share a meal.

“Noe Strangers Batch” comes just a few months after 2021-03 “Bardstown Batch,” released in late October. As is the case with all batches, Booker's son Fred selected the bourbon for this release personally in an effort to uphold his father's standards. The Booker's releases reviewed since 2018 have consistently scored 90 points or above. 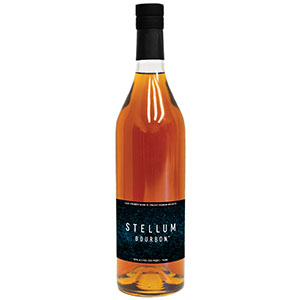 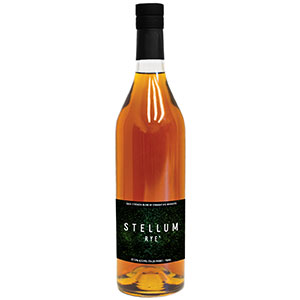 After first launching Stellum in April, Barrell Craft Spirits is releasing these new expressions that takes the same blend and adds older reserve barrels. Both of these whiskeys will be highly limited.

While Barrell releases its bourbon in batches, with the recipe always changing, Stellum is meant to be a more uniform, consistent blend. It also carries a lower price point ($55). These upscale Stellum expressions are more expensive, reflecting the cost of including those older stocks. We spoke to Barrell founder Joe Beatriceabout how a bit of older whiskey can go a long way in a blend, and we look forward to tasting them and sharing our review. 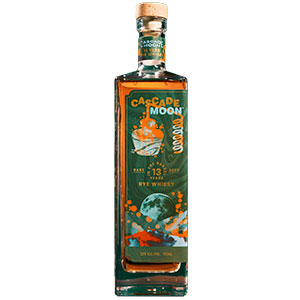 From Cascade Hollow Distilling in Tullahoma, Tennessee, home of George Dickel, this is the third Cascade Moon bottling—following the October 2020 release of a gose beer-inspired blendthat scored 88 points, and a no age statement Tennessee whiskeyintroduced last December, which scored 92 points.

A 13 year old whiskey from Cascade Hollow general manager and distiller Nicole Austin proofed to 50% ABV: Where have we seen that before? Sounds like our 2019 Whisky of the Year George Dickel Bottled in Bond. The key difference is that this new whiskey is an Indiana-made rye and costs nearly 10 times more. If you are looking for price-friendly releases from Cascade Hollow, try our No. 5 whisky of 2021, George Dickel 8 year old bourbon. 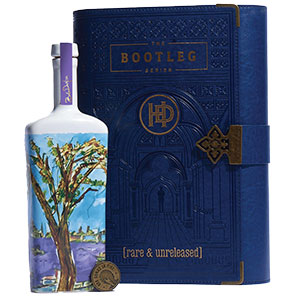 The latest edition in the Heaven's Door Bootleg lineup is a cask strength, 13 year old bourbon that received a secondary finish in vino de naranja (wine matured alongside bitter orange peel) casks, which are native to southern Spain.

As with the previous two Bootleg releases, Volume III is specially packaged in a ceramic bottle, this one featuring Dylan's own “Sunday Afternoon” painting. This whiskey is 13 years old, but it's the youngest Bootleg yet. Volume II, a finished Tennessee whiskey, was 15 years old, while Volume I was a 26 year old Canadian whisky. 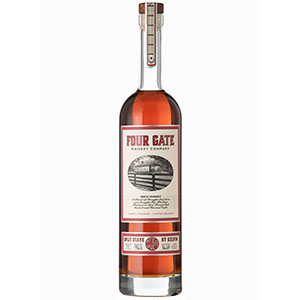 Batch 17 marks the third release of Split Stave by Kelvin—a series of whiskeys that use proprietary casks made for Four Gate by Louisville's Kevin Cooperage. This whiskey is a blend of 6 and 7 year old Kentucky straight bourbons, 9 year old Indiana straight bourbon, and 8 year old Indiana straight rye (prompting the name “BRRYE”). The Split Stave casks themselves are made by breaking down toasted and charred barrels, then reassembling them by alternating toasted and charred staves; these casks were unique in that they made use of French oak, as opposed to American.

Four Gate has released Split Stave rye and bourbon whiskeys before, so this new blended release feels like a natural progression within the range. We're routinely impressed by the distillery's efforts—all Four Gate whiskeys have scored 90 points or above—so we'll be eager to give Batch 17 a taste. 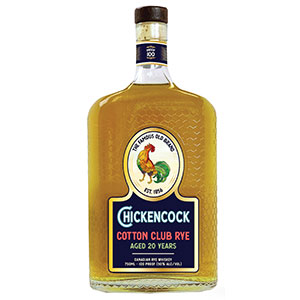 Made from a mashbill of 90 % rye and 10% malted barley, this whiskey comes in an apothecary-style bottle. It is named for the legendary New York City nightclub The Cotton Club, where Chicken Cock was served illicitly during Prohibition.

The anniversary of Repeal Day, or the day that Prohibition came to an end, was celebrated this past weekend, and Chicken Cock is among a number of brands to mark that period in American history through specialty bottlings. This whiskey comes in a tin can similar to the look Chicken Cock had when being poured at the Cotton Club during its speakeasy days. 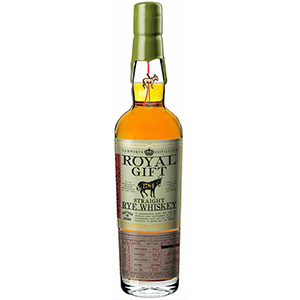 This single barrel, straight rye whiskey is made with 55.2% organic hazlet rye, supplemented by 35.1% organic hybrid flint/dent corn, and 9.7% non-GMO malted barley. Royal Gift also qualifies as bottled in bond, though it was aged for slightly longer than the 4 year minimum.

This is Tamworth's most limited release to date, with just 24 bottles. While the expression is sold out at the distillery, bottles are still available at seelbachs.com.