Brad Paisley's road to both music and whiskey starts in the small-town bars of West Virginia. He describes a place called the Warsaw as a house that simply hung a sign out front. There was also the Hayloft, a second-floor bar in Moundsville, which neighbors his hometown of Glen Dale. In a state famous for moonshine production and consumption, he observed local drinking culture at an early age.

“I wouldn't have legally been allowed in there, but I was in the band so I get to play. And I never ever had a drink. In fact, it turned me off, being around it,” Paisley says. “It sort of made me a teetotaler for the first part of my career just where I was real serious about doing this right.”

It's a surprising background for a country music superstar who has built a fully functional English-style pub in his house, and who launched his own whiskey brand, American Highway Reserve, in November 2021. Add to that his 2004 song “Whisky Lullaby”, which is certified double platinum. However, while those early bar-playing days exposed Paisley to overconsumption, they also showed him what he calls the good side of alcohol—the joy and camaraderie that filled those bars were what inspired him to build his own. “Some of my fondest memories are of playing in a bar,” he says. “And so, I wanted to make sure that we created that environment in the best possible way here at the house.”

In that respect, Paisley is a whiskey drinker deeply in tune with what it means to share the wealth. As he toured the country over the years, Paisley received bottles from venues looking to show their appreciation, and his collection grew. Oftentimes, at-home recording sessions would lead to drinks, with Paisley offering his social space for guests to relax and rejoice rather than simply head home. He's hosted the likes of Mick Jagger, William Shatner, Clayton Kershaw, and Mark Kelly at his home bar, and recalls one instance in which he, Tim McGraw, Darius Rucker, and Jimmie Allen passed a bottle of whiskey around while singing Hank Williams Jr. songs late into the night. “Those are the things that happen when you build one of these,” he says. “It's such a warm, wonderful place.” 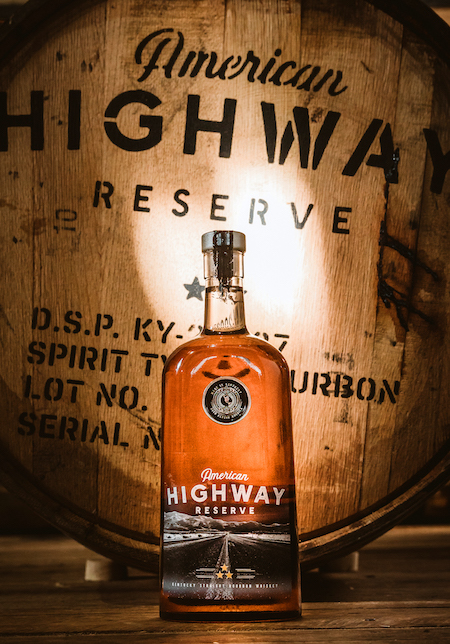 With a robust collection of bottles spanning many styles, Paisley was able to develop his palate through comparative tastings. “There's no frame of reference, I think, when you sit down and just have that bourbon for enjoyment,” he says. “Your situation that day influences everything about the way you experience it, but to be able to do a flight and to be able to compare and contrast a bunch of these great things. That's been one of the more fun things about having this collection.”

Over time, he befriended master distillers like Wes Henderson of Angel's Envy, Brent Elliott of Four Roses, and Trey Zoeller of Jefferson's. So it was perhaps a natural evolution for Paisley to develop a bourbon of his own. American Highway Reserve is made in collaboration with Kentucky's Bardstown Bourbon Company, with a portion of the whiskey coming from barrels that followed Paisley on tour on a 53-foot semi-tractor trailer for 11 months in 2019. Paisley loves classic Kentucky bourbons, but for this ongoing release, he wanted to try something new—taking a page from Jefferson's Ocean, which ages barrels at sea to encourage the whiskey's interaction with the wood.

“I know there's probably a few people that are a little skeptical of some of the things that are being tried creatively, but I love it,” he says. “It's an amazing thing to think about: Okay, what can we do that does not violate the terms of what makes something a bourbon, but [is] something unique that no one else has ever had.”

When Paisley first conceived of the idea, he admits that he didn't fully understand the logistical complexities, first proposing that they attach a barrel to the bottom of his tour bus. “That's how naive I was,” he says. Instead, the semi-truck had to be bonded in Kentucky and sealed for the entire time it traveled. “They padlock it and seal it with tape and everything,” Paisley says. “Then, we're not transporting it illegally to another state to be sold or anything. It's basically just going on this journey and then comes back.”

That means the whiskey couldn't be sampled until they returned to Kentucky, with Paisley saying that the tailgate smelled like a rickhouse—but thankfully there were no barrel leaks. In total, this whiskey truck traveled 7,314 miles across 25 states with approximately 90 barrels in tow. “We have pictures of it everywhere, from California to Maine,” Paisley says. 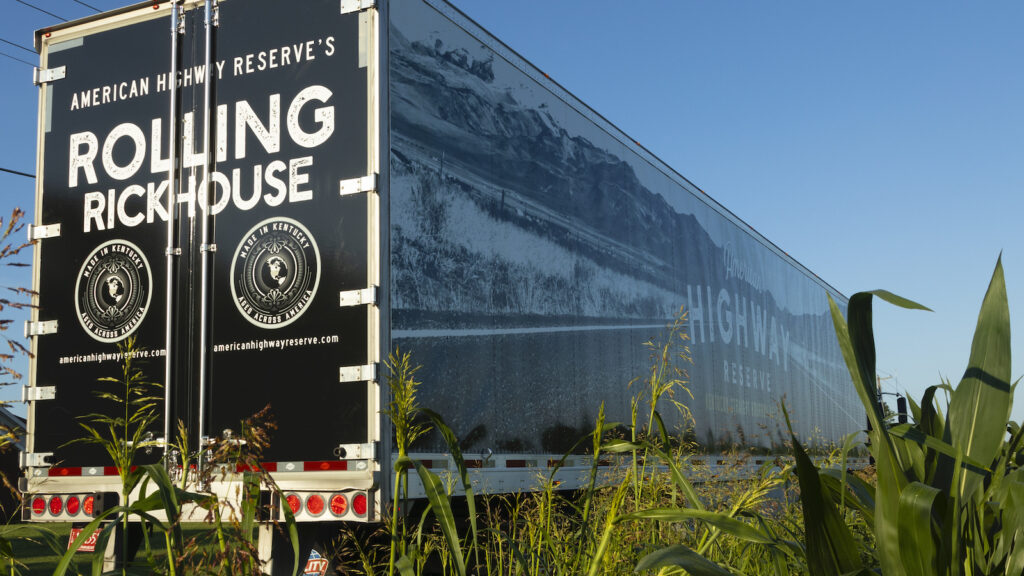 As for his own taste, Paisley values a whiskey that has a strong nose, demonstrates a solid spice character, and changes over time in the glass or with water added. The second batch of American Highway followed Paisley on tour in 2021 and has already returned from its journey. “I'm really anxious to see what this year's trip did,” he says.

While the whiskey's name refers to the very highways that a portion of the barrels traveled, there's additional meaning for Paisley. Being on the road has played a significant role in his whiskey discovery, and just as travel changes a person, it has changed the whiskey as well. “I've always seen that highway going off in the distance, disappearing over the horizon, as an immense possibility,” he says. “What's fun about this whiskey, I think, and why we call it this is because it's had this adventure and now you are drinking that. And I love that about bourbon. Every bourbon is its own story.”