In 2007, Bryan Nolt was an exhausted physician fly-fishing with another doctor friend in Breckenridge. “I was standing in the water, and a light went on,” Nolt says. “There weren't many craft distilleries at the time. I had no idea if you could even cash-flow the idea, but I was working myself into a grave; if I could make this work, it'd be my escape, my salvation.” In 2008 Nolt traded in his stressful medical career to become a distiller, and he began using that same water where he'd fished to make his own craft whiskey. He released his first bourbon three years later. That's the story behind Breckenridge Distillery, the highest distillery in the world, at 9,600 feet.

Five years ago, Breckenridge added a bar and restaurant, aiming to become a destination—a reason to come to Breckenridge, beyond the mountains. You can also set up various tours and tastings, and the best is The Founder's Experience. Combine the tour with a privately guided flight tasting, such as the Cask-Finished flight featuring five of its cask-finished whiskeys. 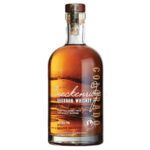 Eat this: Whiskey Star Breckenridge
A Texas-style BBQ smokehouse and bar with a plethora of cocktails and more than 160 whiskies on the menu.

Take a side trip: Take a fat-bike tour through town, guided by Ridden, that follows the Blue River Trail, with stops at Breckenridge Distillery and Broken Compass Brewery.