“Most drinks are created before they are named—but not the Brooklyn cocktail,” says Eric Felten, James Beard Award-winning author of How's Your Drink? Cocktails, Culture, and the Art of Drinking Well.

Seeing the success of the Manhattan, which debuted in the 1880s, and the Bronx, created in the early 1900s, other New York City boroughs wanted their own namesake drink. “The problem was that a string of terrible drinks were proposed to be named the Brooklyn cocktail,” Felten explains.

These included a rum-based drink at Gage & Tollner restaurant; a gin take on the Manhattan at Hotel Bossert; and a mix of rye, dry vermouth, and a dash each of maraschino liqueur and Amer Picon at Hotel St. George, he says. “Come the mid-1930s, there were about as many different drinks called the Brooklyn as there were bars in Brooklyn.”

So in 1934, the Brooklyn Daily Eagle newspaper tried to sort out the confusion with a contest. “The winner among hundreds of entries was a drink of gin, grapefruit juice, and grenadine,” Felten says, noting that the concoction was quickly forgotten. “The drink that survived is the one that was made at the St. George.”

And that drink actually dates back to 1908, when it was published in J. A. “Jack” Grohusko's Jack's Manual: On the Vintage and Production, Care, and Handling of Wines, Liquors, Etc. The recipe called for 1 dash amer picon bitters, 1 dash maraschino, 1 part rye whisky, and 1 part Italian (sweet) vermouth. Another similar recipe, also called the Brooklyn, was published in the Savoy Cocktail Book in 1930 as 1 dash amer picon bitters, 1 dash maraschino, and a mixture of ⅔Canadian Club whisky and ⅓ French (dry) vermouth.

The classic Brooklyn is made with rye whiskey. “The dry spice from the rye better counterbalances the amer picon and cuts any lingering sweetness from the maraschino, but it still has those trademark new American oak notes of coconut, vanilla, and toffee that work so well in Manhattan-style cocktails,” explains Tom Macy, co-owner and head bartender of Clover Club in Brooklyn.

Using any other style of whiskey will create an entirely different drink, he adds, so stick to American rye. Macy recommends something that's at least 3 to 4 years old and 90 to 100 proof. “If it's lower-proof than that, dial back on the maraschino or use more whiskey to avoid the drink coming off too sweet,” he says. 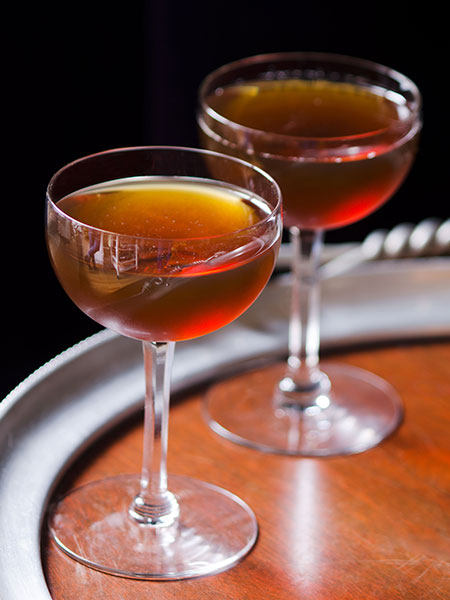 The key to an excellent Brooklyn is to use real amer picon, a bitter orange liqueur.

Combine ingredients in a mixing glass. Add ice and stir well until chilled. Strain into a chilled coupe glass.

*Modern variants of amer picon, or common substitutes, can vary in sweetness level; for the most balanced Brooklyn, choose an amer picon that is on the dry side.

Stir well
Stir all the ingredients together with ice until very cold. “Two minutes should do the trick,” Felten says.

Chill your glass
Brooklyns are best served very cold, so put your coupe in the freezer for about 30 minutes before you make your cocktail.

Use maraschino liqueur
“This is not syrup from a cherry jar, but a clear, sweetish liqueur made with marasca cherries,” Felten explains, suggesting Luxardo as a top choice.

Don't Neglect the amaro
Amer picon, a bitter orange liqueur, can be hard to hind in the U.S., says Felten, who recommends Torani Amer or Golden Moon Amer dit Picon as a substitute. Macy suggests CioCiaro or Ramazotti amaro (or a 50-50 blend of the two), plus a dash of orange bitters.