This week's crop of new whiskies includes a handful of ultra-aged expressions, among them an anniversary bottling of Caol Ila aged for 24 years and an 81 year old Macallan (distilled during WWII!). There's also the latest release of Amrut's Spectrum 004, and a new flagship bourbon from the revived Green River Distilling Co. in Kentucky. Read on for full details. 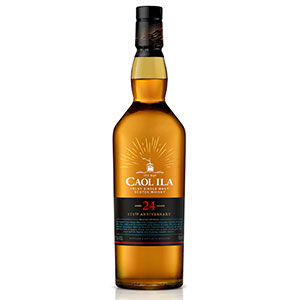 This special bottling—released in honor of the distillery's 175th anniversary last year—is being sold at specialist retailers, malts.com, and Lagavulin Distillery. Lagavulin was chosen as the distillery sales venue because Caol Ila is currently closed to the public while undergoing a major revamp of its visitors center.

Caol Ila is the workhorse of Islay, pumping out more whisky annually than any other distillery on the island. Much of its production is used as the peated component for the blended brands of its owner, Diageo—including Johnnie Walker, among numerous others. As a result, this rather unsung distillery rarely shares the spotlight with its more famous Ileach counterparts such as Lagavulin, Laphroaig, Ardbeg, and Bowmore. That scenario may start to change this summer, when Caol Ila unveils a newly overhauled visitor center as part of a multimillion-dollar transformation of Diageo's key Scottish visitor venues. 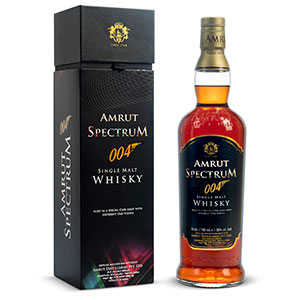 This single malt was initially matured in a bourbon barrel before being transferred to a specially made cask constructed of four oak varieties: American oak with level three charring, French oak with slight toasting, an oloroso sherry stave, and a Pedro Ximénez sherry stave.

This is the second release of Spectrum 004, which is part of Amrut's acclaimed Spectrum series (the original Spectrum won our World Whisky of the Year award in 2016). Every bottling of Spectrum features unique barrels—they're made with at least four oak types, though the premier Spectrum was made from five different woods. 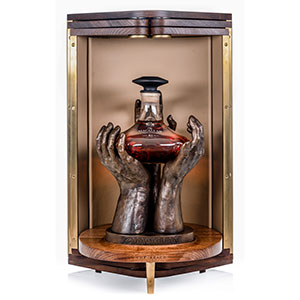 Distilled during World War II, this 81 year old Macallan is the oldest release from the distillery to date, and spent its entire maturation in a single sherry-seasoned oak cask.

Only 288 bottles of The Reach are available worldwide, making it just as rare as you'd expect an octogenarian whisky to be. The packaging is not just ornate, but meaningful too: The glass decanter itself is cradled within a bronze sculpture of three hands, each of which represents characters integral to Macallan's history. One honors the distillery workers of 1940, one celebrates one-time Macallan chairman Allan Shiach, whose grandfather headed the company when The Reach was consigned to its cask, and the third hand celebrates Macallan's current master whisky maker, Kirsteen Campbell. 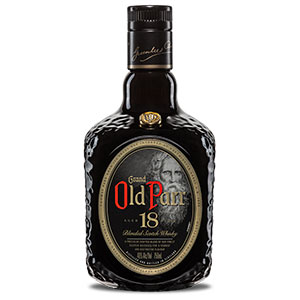 This is a permanent release for Old Parr, whose core label is its 12 year old. The key malt in Old Parr is Cragganmore, but this blend also includes numerous other Speyside and Islay whiskies.

Old Parr, whose full name is Grand Old Parr, was first launched in 1909 and was named for Englishman Thomas Parr, who was said to have lived to the ripe old age of 152. It was among the world-famous blended scotch names of the mid-20th century. Today it is no longer sold in the UK, and only has small sales volume in the U.S., but it still does very well in Latin America—particularly in Colombia, where it is wildly popular. 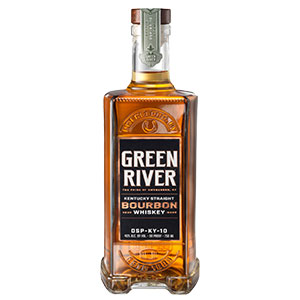 Availability: KY, with eventual distribution to FL, IN, MO, TN

Green River is in Owensboro, Kentucky, which lies in the western reaches of the state—relatively far from bourbon beacons Louisville, Bardstown, and Lexington. It was originally founded in 1885, but Prohibition and a distillery fire ultimately led to its demise. Following ownership switches and several name changes, the distillery was rechristened under its original name in 2020. This new bourbon serves as the revived Green River's flagship expression. Green River also does contract distilling, most notably producing Wheel Horse, which finished at No.-19 on Whisky Advocate's Top 20 list last year. 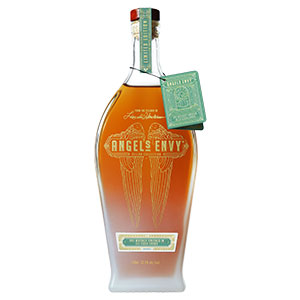 This 7 year old 95% rye whiskey was finished for just one day shy of a year in French oak ice cider barrels from Vermont's Eden Specialty Ciders. The ice cider was produced from tart Northern Spy apples that were naturally cold-concentrated before partial fermentation and aging. It takes Eden one to three years to produce its ice cider and over eight pounds of apples to produce one 375 ml bottle. This is the fourth release in Angel Envy's Cellar Collection and the first new finished rye offered by the distillery since 2013.

Beginning February 10th, a presale lottery was opened to Angel's Envy 500 Main members for a chance to win one of 500 bottles of this expression before it becomes available to the public on February 25th. Winners must pick up their bottle at the distillery. 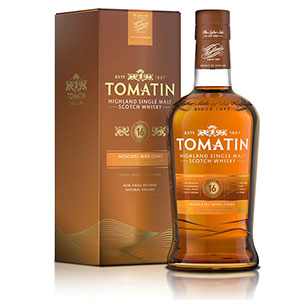 This one joins a Tomatin range that includes an 8 year old, 12 year old, 21 year old, and 40 year old. It's bottled in 700 ml bottles, in conformity with international packaging guidelines.