In case you missed Whisky Advocate's exclusive reports: New whiskeys are on the way from the likes of country star Lee Greenwood, Brough Brothers, and Kentucky's most mysterious producer. Though we'll have to wait a bit for those, there are new whiskies available now.

First up, a new 100% rye made at Kentucky Artisan Distillery is launching. Coalition rye includes three wine cask-finished variants (all $90) and a barrel-proof straight rye ($130). The whiskeys are available in several states.

The Isle of Skye's second distillery, Torabhaig, is making its debut with Legacy Series 2017 single malt. The scotch whisky is priced at $60, with 6,000 bottles available in the U.S.

The Family Jones in Colorado is set to offer a bottled in bond rye whose distillation and bottling dates are exactly four years apart—Jan. 20, Inauguration Day. There are just 380 bottles of the whiskey, priced at $80 each.

Westland Distillery has bottled two single casks for its annual Peat Week. Both single malt whiskies are priced at $100 and available in Washington only.

E-commerce site Flaviar is releasing the third iteration of its peated blended malt scotch. Son of a Peat The Redeemer is priced at $80, available only on the website.

Finally, Johnnie Walker is rolling out its Lunar New Year packaging for Blue Label. The limited-edition Year of the Ox is priced at $230. 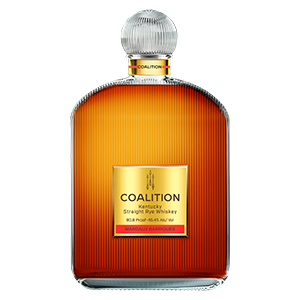 Made from 100% rye at Kentucky Artisan Distillery, this new brand has three core whiskeys, all finished in wine barriques from three areas of Bordeaux: Margaux (45.5% ABV), Pauillac (46.3% ABV), and Sauternes (47.1% ABV). 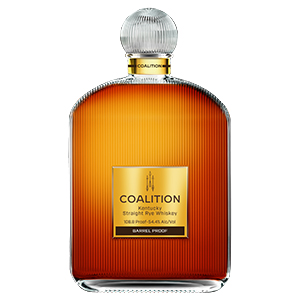 This is the base whiskey, made from 100% rye at Kentucky Artisan Distillery, used for Coalition's barrel-finished offerings, and bottled at barrel proof. 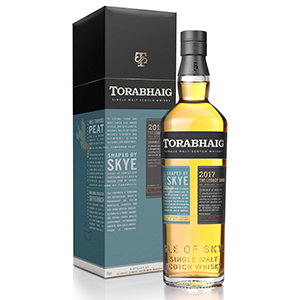 Distilled from heavily peated barley on the Isle of Skye, this is the first whisky from Torabhaig—barely legal at 3 years old.

Scotland's Isle of Skye is 639 square miles—far larger than the 239-square-mile Islay, which has nine whisky distilleries. But up until a few years ago, Skye had just one: Talisker. Torabhaig became the island's second distillery, dedicated to making a variety of single malt profiles using variations in malt, yeast, and other factors. And more whisky from Skye's environs is on the way, as the Isle of Raasay Distillery—located on a smaller island, just off Skye—is also filling casks. 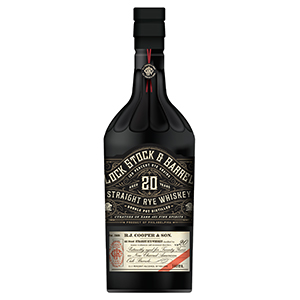 Made at Alberta Distillers from 100% rye, this whiskey follows Lock, Stock & Barrel's previous releases, stepping up in age from 13 to 16 to 18 and now 20 years old.

Past reviews for this whisky in the Buying Guide are positive: 91 points for the 13 year old, and 92 points for the 16 year old. More age doesn't necessarily mean the whisky has gotten better (especially for bourbon), but here, concerns about too much wood extraction are tempered by the fact that the liquid matured in a place that's very cold in winter and moderate in summer—meaning there was less intense interaction with the barrel. 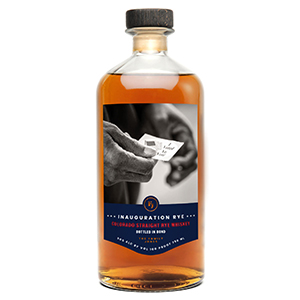 Political-themed whiskeys abound: Rodham rye from Republic Restoratives, and Proof and Wood Ventures'The Senator, The Ambassador, and The Presidential Dram. But this is the only whiskey distilled on the day of one inauguration and bottled on another, four years later. Any whiskey can be a great pour to toast the democratic process, but this one is extra special. 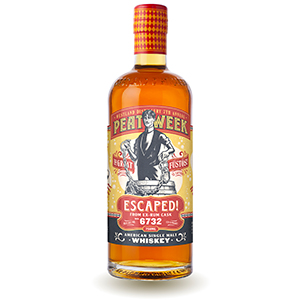 Availability: For sale at the distillery only

Cask No. 6732—60.8% ABV. Matured in a first-fill Buffalo Trace bourbon barrel and finished in a Mount Gay rum cask.

Peat Week takes place at the Seattle distillery every winter, but this year—like so many events—it's going online. The sample kit for the symposium event is already sold out, but Washington residents can participate in the cocktail competition, or just buy a bottle or two of the single malts, and Westland will ship it to them. 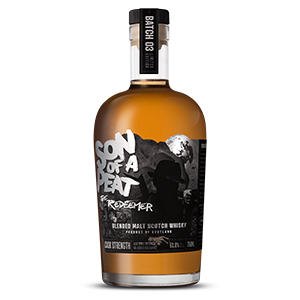 Son of a Peat The Redeemer

Availability: For sale on Flaviar

Combining 12 whiskies from Speyside, the Highlands and islands, and Islay, this blended malt is the third Son of a Peat release from spirits club Flaviar and is available to members only.

Although it's primarily a members-only club that delivers whisky and other spirits, Flaviar has moved into the producer space lately. Besides Son of a Peat, the company released a blend of straight bourbons called Corn Trooper, and also partnered with WhistlePig on the creation of HomeStock. 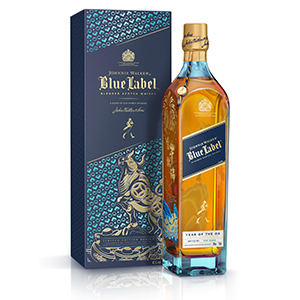 This is the regular Johnnie Walker Blue Label in a special-edition package designed by artist Shirley Gong to celebrate the Lunar New Year.

Johnnie Walker releases a Lunar New Year edition of Blue Label annually, as do other brands like Glenfiddich. The whisky inside doesn't change, but the beautifully designed packaging can offer a special touch for celebrations.