Bitter isn't a flavor most people seek out on its own, but when balanced with sweetness, it can be downright pleasurable. Many whiskies contain this duality: Think of how a mature bourbon marries together sweet caramel and vanilla flavors with notes of bitter oak and walnuts.

Amaro, a liqueur originally hailing from Europe, makes the interplay of bitter and sweet its focus. Amaro (Italian for “bitter”; plural amari) is made by steeping botanicals and spices in neutral spirit, which is then sweetened. Historically, amaro was made with local plants and intended for medicinal use, generally as a digestive aid. While salubrious applications have faded away, the allure of its richly layered bitter botanicals still attracts sophisticated palates.

Several American whiskey distillers are producing amari that showcase regional ingredients. “We really set out to make something that was of our place and not something that would just knock off Campari or Averna,” says Ann Marshall, co-founder of High Wire Distilling in Charleston, South Carolina, which makes Southern Amaro. Among its locally sourced botanicals are tea from a farm on Wadmalaw Island, Dancy tangerine, and yaupon holly, North America's only native caffeinated plant. “The yaupon holly counteracts the tea really well,” Marshall notes. “Without it, you'd get a sweet tea back-of-the-brain punch.” 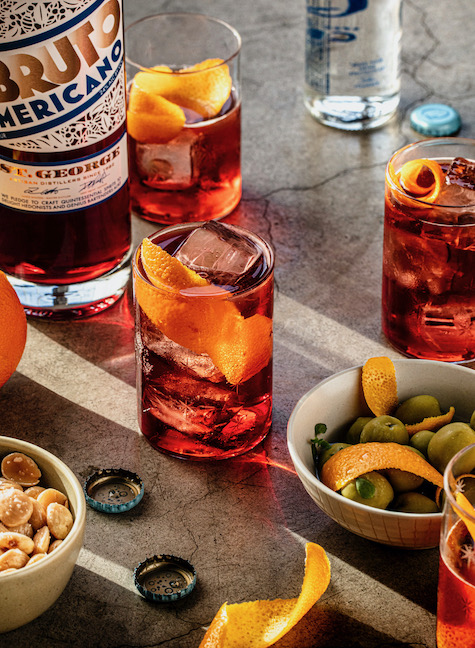 Other distillers take inspiration from cocktail culture. “Caffè Amaro was a direct result of my time as a bar owner and bartender,” says Ryan Maybee, co-founder and vice president of sales and hospitality at J. Rieger & Co. in Kansas City, Missouri. “I loved caffè corretto with Averna and espresso.” In some ways, expanding into amaro brought the Rieger name full circle. Prior to Prohibition, the original J. Rieger & Co. had produced over 100 different spirits, including fernet, a very bitter amaro.

As you would with whisky, try sipping amaro neat at first to get a feel for its flavor. When you're ready to mix it, start simple and try a 50-50 split of amaro and whisky; the interplay of both ingredients' inherent complexity generates exciting new flavors. Another customary way to enjoy amaro is well-chilled after a meal, which helps to subdue the bitterness. Or you might add some to your espresso, like Maybee.

Bitter is Better: Taste the Wide Range of American Amaro 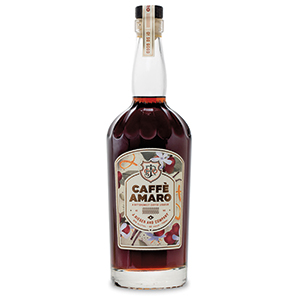 DARK & SAVORY
J. Rieger & Co. Caffè Amaro—31% ABV, $30
Made with Sumatra cold brew and seven botanicals, including cardamom, star anise, and spearmint.
Tastes like: A rich cuppa joe
Use it in: A Mint Julep made with 2 oz. Rieger's Kansas City whiskey and 1/4 oz. Caffè Amaro 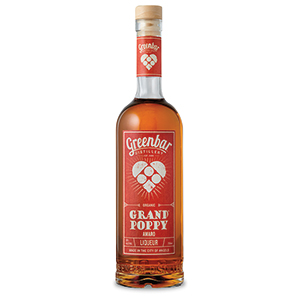 FLORAL & BRIGHT
Greenbar Distillery Grand Poppy Amaro—20% ABV, $32
Made with 15 organic botanicals inspired by hikes through California, including artichoke, dandelion, bay leaf, and poppy.
Tastes like: Flower petals and bracing citrus
Use it in: An Amaro Spritz garnished with grapefruit, lemon, or orange 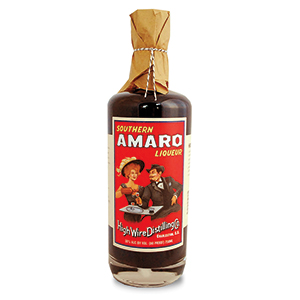 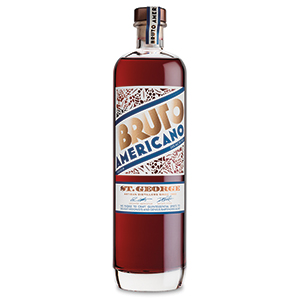 WOODSY & HERBAL
St. George Spirits Bruto Americano—24% ABV, $30
Made with a variety of botanicals, including locally grown Seville orange, balsam fir, and bark from the California buckthorn.
Tastes like: Balsam boughs, sandalwood, and rosemary
Use it in: A Boulevardier variation with St. George's Breaking & Entering whiskey 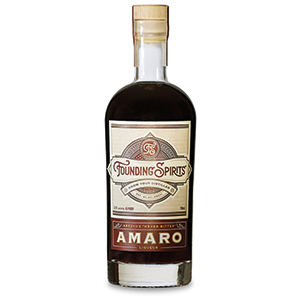 SWEET & SILKY
Founding Spirits Arroyo's Never Bitter Amaro—22.5% ABV, $38
Made with local honey and over 20 botanicals, including lavender, cardamom, and Vietnamese cinnamon.
Tastes like: Raisinets, mint, chamomile
Use it in: An Amaro Daiquiri, made with Founding Spirits' rye, lime juice, and orgeat 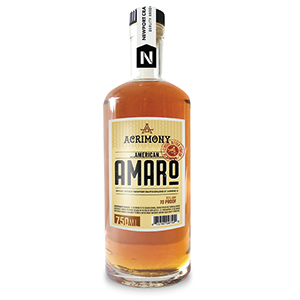 DRY & SPRIGHTLY
Newport Distilling Acrimony Amaro—35% ABV, $33
Made with 26 botanicals, including Galaxy hops, and aged for up to a year in Newport's Thomas Tew rum barrels.
Tastes like: Zingy peppercorn and zippy citrus
Use it in: A gin Martini, replacing the vermouth 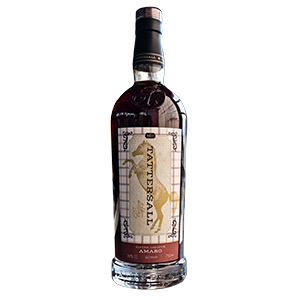 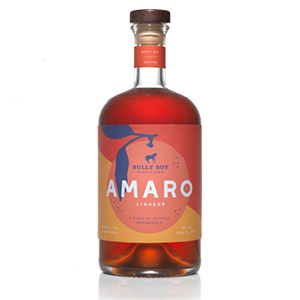