No matter what's going on in the world, the certainty that there will be new whiskies to look for stands firm. And so it is this week!

First up, Crown Royal is rolling out the latest release in the Noble Collection, a 16 year old rye. The limited-edition whisky is priced at $70.

Nikka has overhauled the recipe for Taketsuru Pure Malt while also updating the bottle. Priced at $80, the blended malt is widely available.

Widow Jane is offering a higher-proof version of its 10 year old blended straight bourbon, with proceeds going to support hospitality workers and their families. Called "You'll Never Walk Alone," the whiskey is priced at $90, with 3,300 bottles available.

Barrell has unveiled a Private Release series of single-cask bourbons, each with a unique microblend. The whiskeys are limited edition, with a recommended price of $110.

Independent bottler Single Malts of Scotland, part of Elixir Distillers, is releasing five single casks in the U.S. this winter. With prices ranging from $100 to $600, the lineup includes whiskies from Ardmore, Clynelish, "Orkney" (aka Highland Park), Imperial, and Ardbeg.

Alternative-aging company Bespoken Spirits has launched with a variety of whiskeys, including Original Batch ($30), Special Batch ($33), Bourbon ($35), Straight Bourbon ($40), and Rye ($35). The whiskeys are available in a handful of states.

A historic brand, Old Wm. Tarr, has been revived, and is debuting with 7 year old Manchester Reserve. The Kentucky straight bourbon is priced at $80 and for sale in Kentucky.

London's Bimber Distillery is making its first appearance in the U.S. with three single-cask single malts. The whiskies are limited edition, each priced at $100-$120.

Baltimore Spirits Co. is celebrating its fifth anniversary by releasing its first bottled in bond rye. There are less than 250 bottles, priced at $100 and available at the distillery.

San Jose, California's 10th Street Distillery is offering a cask-strength version of its port cask-finished single malt. The whiskey is for sale at the distillery, priced at $80.

Teeling has unveiled the world's first whiskey finished in ginger beer casks, priced at £45. U.S. customers can order it online.

Finally, the Singleton of Glen Ord is launching a 38 year old whisky. It's priced at £2,100, but not available in the U.S. 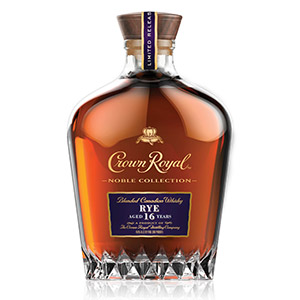 Made from 90% rye at Crown Royal's distillery in Gimli, Manitoba, this whisky was aged for 16 years.

Crown Royal releases a new whisky in the Noble Collection each year; this is its fifth. Some of the past releases have been exceptional, including 2018's13 year old Blenders' Mash and 2017's Wine Barrel Finished, which were both ranked in the Top 20 in their respective years. We're looking forward to tasting this new rye and bringing you a review in an upcoming Buying Guide! 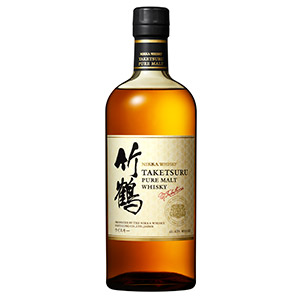 This "refined" recipe of Nikka's Taketsuru Pure Malt blends single malts from the Yoichi and Miyagikyo distilleries. Sherry-cask notes remain a key part of the profile, but the new version has boosted the Yoichi element, adding more smokiness and an enhanced mouthfeel.

Taketsuru Pure Malt has been available for several years, but you'll be able to tell if your bottle is the new version by checking the label, which has changed with this new release. Among other differences, it's now cream-colored instead of black. 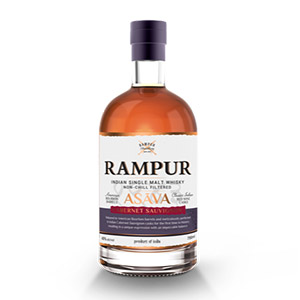 Made at Radico Khaitan Distillery in the foothills of the Himalayas, this single malt is initially matured in bourbon barrels and finished in Indian cabernet sauvignon casks.

Many savvy drinkers already know about India's single malt whisky makers, but how about the country's wine industry? It's still small, but Rampur is casting a unique spotlight on it through this whisky's use of homegrown cabernet sauvignon casks. Will there be a discernible difference between these versus casks from France or California? Maybe not. But the whisky itself is likely to impress; Rampur consistently scores well, and its debut single malt earned the No.-5 spot in our 2017 Top 20. 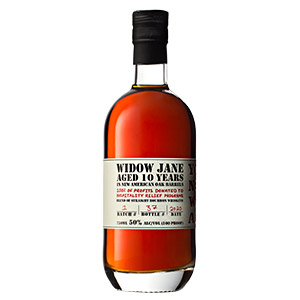 Proceeds from the sale of this limited-edition whiskey will be donated to the United States Bartenders' Guild and CORE: Children of Restaurant Employees, to benefit hospitality workers and their families who have been affected by the pandemic. Starting this month, Widow Jane's social media channels will feature the stories of bartenders who have struggled and persevered through the last several months. 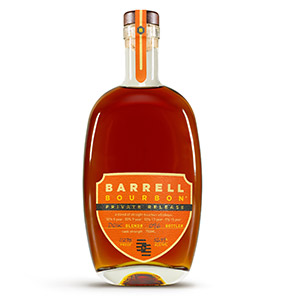 Released as single-barrel bottlings, each bourbon in the Private Release series is a unique "microblend" of four different straight bourbons, married in a used bourbon cask. The base bourbons will change continuously, ensuring that no Private Release recipe is ever repeated.

Earlier this year, Barrell debuted a Private Release series of whiskeys (not classed as bourbons), each a different microblend finished in a unique cask. The series is meant to offer retailers and whisky clubs a vast—potentially infinite—array of options for private bottlings. Unlike the Private Release whiskeys, however, Private Release bourbons will not be finished in a secondary cask, other than the used bourbon barrel employed in the marrying process. 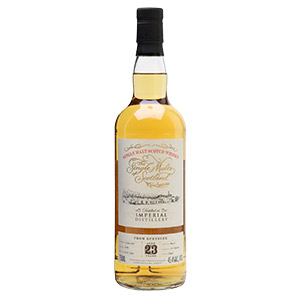 Although each of these whiskies is limited to a single cask's worth of bottles, they're worth seeking out if you're a fan of the distillery and want to go beyond the offerings that are widely available. We recently reviewed the first crop of U.S. bottlings from Single Malts of Scotland, and found them to be excellent. 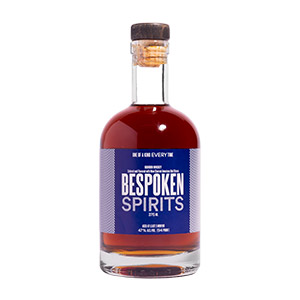 Bespoken Spirits offers an array of different whiskeys that all go through a proprietary alternative-aging process called the ACTivator (ACT = aroma, color, taste). All the spirit is distilled at MGP, and only the bourbons include some maturation time in traditional barrels, per legal requirements. The lineup includes:

Silicon Valley-based Bespoken Spirits made the news recently after raising $2.6 million in seed funding; investors include Baseball Hall of Famer and former New York Yankee Derek Jeter, who also serves as an advisor and ambassador for the company. Bespoken's ACTivation technology is meant to customize a whiskey's aroma, color, and taste without barrel aging. We previously covered alternative aging techniques in our Spring 2018 cover story, and while Bespoken is focused more on tailoring its spirits to desired flavor profiles than replicating advanced aging, this type of activity is another continuation of the trend. The company is both releasing its own line of spirits and working with distillers to bring their unaged stocks to market sooner. —Ted Simmons 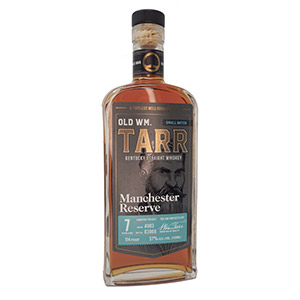 Availability: For sale in KY only

The Old Tarr and Wm. Tarr whiskey brands originated in the 1870s but had fallen out of use by the time Prohibition rolled around, and the original distillery has long since been dismantled. (Those Pre-Pro Whiskey Men has a comprehensive history of the brand.)

In its modern iteration, Wm. Tarr is located at the James E. Pepper Distillery in Lexington, Kentucky, and co-founders Jill Bakehorn and Barry Brinegar plan to open a tasting room, bar, and tour experience there in 2021 while contract-distilling at a larger facility. 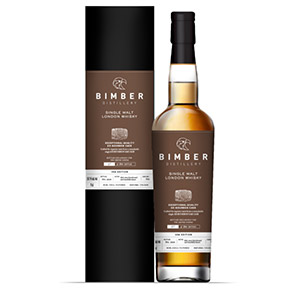 Bimber hasn't yet announced its importer, but aims to have the U.S.-exclusive bottles on shelves before the end of the year. This will be only the fourth English whisky available in the U.S., after The English Whisky Co., Cotswolds, and Adnams. 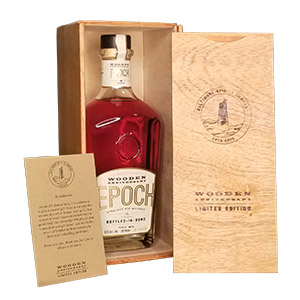 Availability: Less than 250 bottles; for sale at the distillery only

In celebration of its fifth anniversary, Baltimore Spirits Co. is releasing its first bottled in bond whiskey. It uses the same mashbill and production process as the distillery's Epoch rye.

This whiskey comes from a single barrel—the oldest in Baltimore Spirits Co.'s warehouse—and each bottle will be packaged in a wooden box, as wood is the traditional gift for the fifth anniversary. 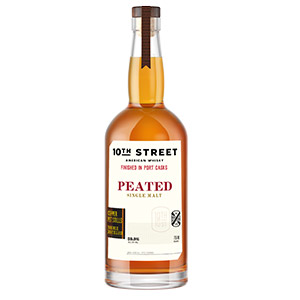 Availability: 120 bottles; for sale at the distillery only

This is a peated single malt aged first in bourbon casks and then finished in port-style wine casks from California. It's bottled at cask strength and available at the distillery only, although there's also a 42.5% ABV version that's for sale throughout California.

10th Street is among the most exciting up-and-coming distillers of American single malt, and its peated whiskey has impressed us with its balance and complex flavor even at a young age. In addition to this seasonal finished whiskey, 10th Street is offering a cask-strength single cask (61.9% ABV, $90) at its distillery and donating a gallon of hand sanitizer for every bottle sold. 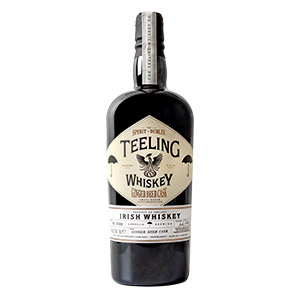 Dublin's Teeling Distillery partnered with English brewery/cidery Umbrella London to finish some of its Small Batch whiskey in ginger beer casks. The casks had previously been used to mature Teeling's whiskey, then filled with Umbrella's alcoholic ginger beer for two years, before returning to the distillery.

The Whiskey Ginger is an essential (and dead simple) whiskey cocktail, and could there be any more perfect combination than this Teeling whiskey with Umbrella London ginger beer? It's available as a single bottle and in a gift pack with the ginger beer. 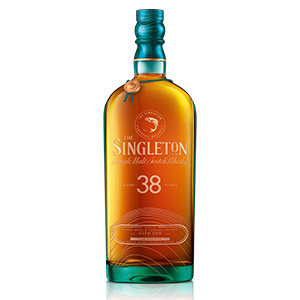 Made at Glen Ord Distillery, this whisky initially aged for 12 years in bourbon casks, and then underwent a 26-year secondary maturation in a number of additional casks: bourbon, virgin American oak, Pedro Ximénez sherry, and oloroso sherry.

There are three distilleries that supply the Singleton label—Glen Ord, Dufftown, and Glendullan—all owned by multinational spirits conglomerate Diageo. Each of the trio's whiskies are available only in certain markets; for example, the U.S. gets the Singleton of Glendullan, but not the other two. In that vein, this super-aged Glen Ord whisky is for sale overseas, but not here.