Everything You Need to Know About Peat in Whisky

Iodine. Coal tar. Asphalt. Bacon fat. Brine. Tarry rope. Soot. Campfire ash. Seaweed. Creosote. These are some signature flavors of peated whisky. It's hard to tell if we should drink it or use it to seal a leaky roof. Peated whiskies have an edgy reputation for being boisterous, pungent, antagonistic drinks. They invite you to take a slug at the end of an ocean pier, stretch out your arms, and let out a visceral, primal howl. And for the drinkers who love them, only peated whisky will do.

Peated whisky hasn't always been so popular. Most recently, peated whiskies roared back into fashion after the Millennium, igniting a smoldering passion that has engulfed wave after wave of whisky drinkers ever since. Sure, other spirits use cereal grains, yeast, and oak barrels, but peat smoke defines this exuberant style of whisky.

What Does PPM Mean?

An equation for peat might be written as flora plus death and water, minus oxygen, multiplied by pressure and time. In other words, peat is the decomposed remains of grasses, moss, sedges, and reeds that have been compressed over centuries in the oxygen-starved, waterlogged conditions of bogs in the colder climates of countries at higher latitudes. We're used to waiting for whisky to mature, but one foot of peat might take 300 years to form. If you've never handled the stuff, it's a truly wonderful tactile experience. Peat can be black as coal when dried or appear as dirty clods bristling with pale, straggly roots. When it's cut and lifted from the peat bank, it can be glisteningly moist. 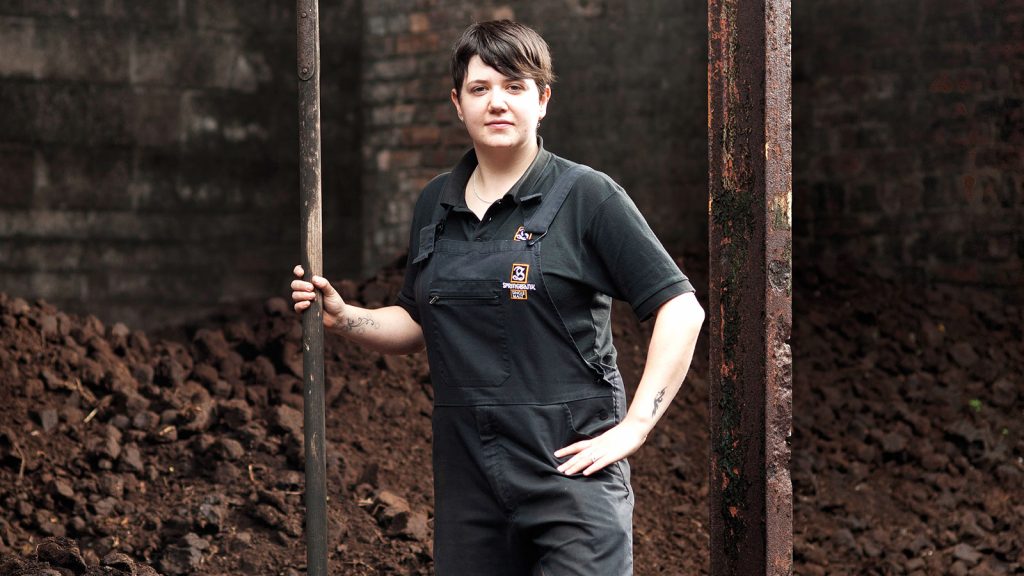 Peat has a presence in Longrow whisky from Springbank Distillery in Campbeltown.

Healthy peat bogs form important carbon stores to combat the effects of climate change and many habitats have protected status where peat removal is not permitted. Cutting peat sods vertically by hand is a laborious task, but the majority of peat used for whisky production is commercially harvested horizontally; using specialized tools dragged behind a tractor. Peat taken from nearer the surface is preferred in Scotland. Those disheveled chunks full of dangly strands of dead grasses produce more smoke when burnt in the kiln than the more uniform black-brown slabs of peat dug up and dried from the deeper layers; these are better tossed into the hearth for warmth on a frosty winter's night.

Mankind has been burning dried peat as a freely available source of fuel for thousands of years, predominantly to satisfy the need for heat and cooking. It's that same burning peat smoke that is revealed in peated whisky.

Peat is used during one stage of the whisky making process only: the kilning of the malt. Malting promotes germination, which converts the energy packed inside the grain, making it ready for fermentation into ethanol. On the perforated floor of the drying chamber beneath the distillery's pagoda roof, the malted barley is spread out and a fire is nurtured in the kiln below. Shovelfuls of aromatic, combustible peat are added to quell the flames; the objective is a thick rising cloud of pale gray peat smoke. The peat reek drapes layer upon smoky layer around the grain, the aromas absorbed onto the surface of the moist husks. At the Laphroaig Distillery maltings, they burn only peat in the kiln, 1.5 tons of the stuff every day. But Laphroaig is the exception: other fuels like coke are generally used in addition to peat to carefully control the final level of peat flavors. 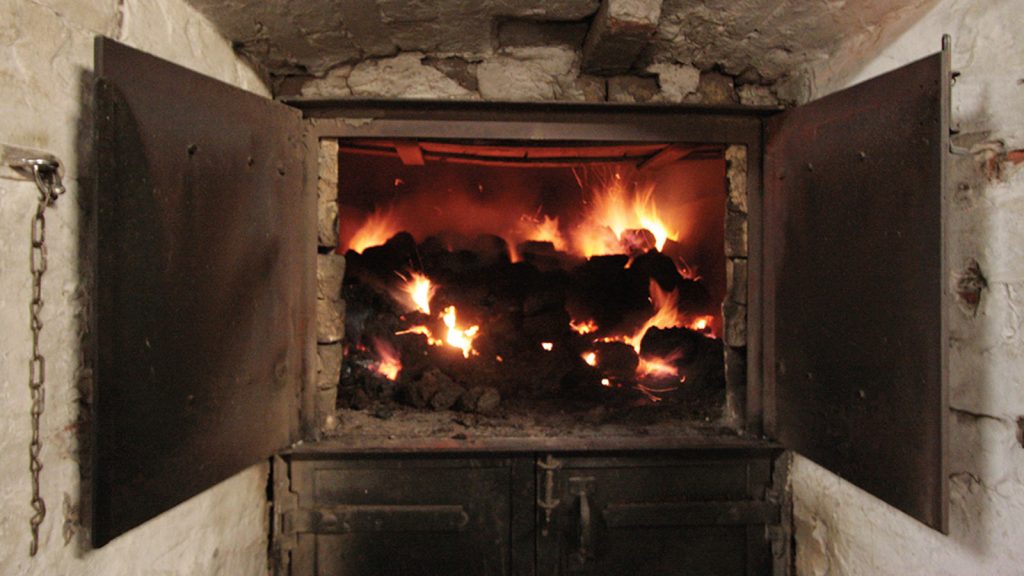 A kiln at Highland Park is stacked with glowing bricks of peat.

Peat is the most Scottish thing about scotch. You can overlook that the barley may have ripened in an English field and forget that Spanish coopers built the cask from European oak; it's peat that gives whisky its local accent.

How One Craft Distiller Is Making Single Malt With American Peat

Islay, the Hebridean island home of Ardbeg, Lagavulin, Kilchoman, and Caol Ila distilleries, is regarded as the burning heart of smoky whiskies. Yet, even here, peat presents a diversity of flavors, marrying smoke with the tropical fruits found in Bowmore, or the vanilla sweetness present in Laphroaig, compared with the heather honey exhibited by Highland Park on Orkney or the more delicate peated whiskies of Springbank in Campbeltown.

It's not just Scotland that makes peated whisky, but also the U.S., Japan, Ireland, Taiwan, India, England, Sweden, Australia, and a host of other countries. Those with their own peat sources may dig it up locally, if it's environmentally permissible; exactly what they do Mackmyra in Sweden, and Lark Distillery in Tasmania. Those without, like Japan, might import peat or peated malt from Scotland. There are distinct differences in the peat from Islay, Orkney, and the Scottish mainland, so imagine the breadth of characteristics peat from different parts of the U.S., Australia, or Sweden imparts on the whiskies.

Despite peat's colossal flavor impact, there are subtleties to appreciate and smoky nuances to observe from the whisky in your glass. Look at it this way; we accept that fire is hot and can burn, but concentrate deeply on a single candle flame and you will be able to discriminate between the white light, yellow and amber elements, deep reds, intense blue hues, and the black core in the same manner you can master the marks left on the whisky by peat. 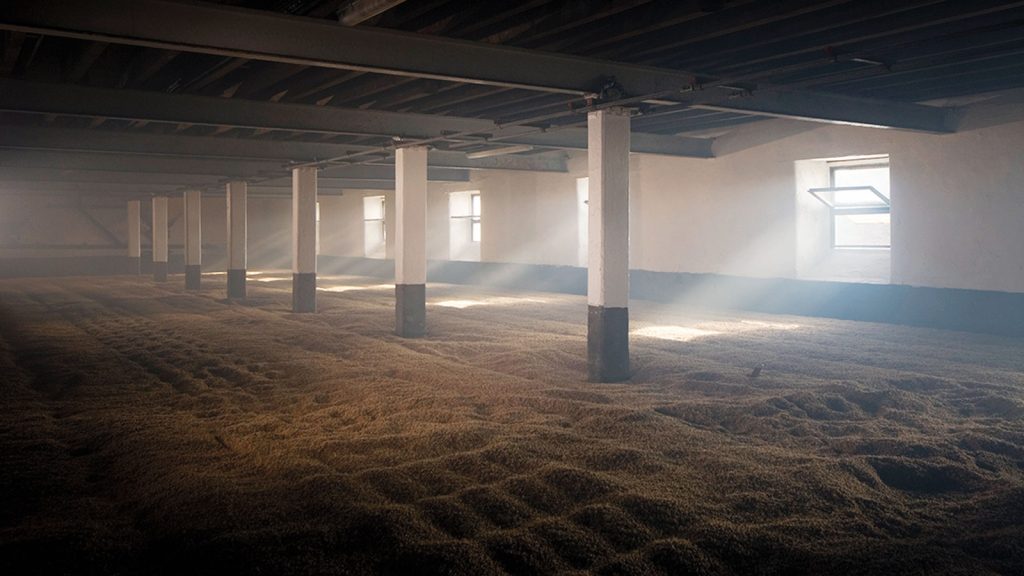 After peat is harvested, it is thrown into the fire to infuse the barley malt with its flavors.

The distribution of phenolic compounds called phenols, guaiacols, and syringols are responsible for the peat smoke influence in whisky. Don't be put off by the chemistry; just think of them as strands of flavor formed on the malt in different proportions during peat burning. The flavors depend on the composition of the long-decomposed constituents in the peat, which in turn depend on what plant life once grew there in times past. This is one of the key reasons why peated whiskies show such variety; phenols produce an antiseptic and medicinal note, guaiacols give savory, woody aromas, and syringols bring sweet, spicy vanilla. Mainland Scottish blanket bogs, for example, are formed more from trees, so produce a greater guaiacol-to-phenol ratio when burnt compared with peat lifted on Islay. Coastal flavors hint at seaweed such as kelp, nori, or dulse, and this marine character has been linked to detectable levels of bromophenols.

With a bit of practice, your nose will be able to pick out the tarry road from the smoked meats and the beach barbecue from the pine-smoked flavors of lapsang souchong tea. On the palate, smoke tends to be the dominant characteristic, ranging from sooty fireplaces to charcoal sticks, from tobacco to licorice. Some malts may be light and oily, others rich and heavy, some fruity and spicy, others nutty or sweet.

Whisky is elemental: the soft rain that falls from the sky, the golden barley and mighty oaks that grow across the land, and for those who simply can't do without it, the dark peat shifting across centuries beneath our boots.
Features jmccormick Insights Summer 2017 Whisky 101 Whisky Essentials Peat