The start of the year is always a slow period for new whisky releases, as everyone catches their breath after the frenzy of the holidays—but the well is never completely dry.

Ezra Brooks is adding a higher-proof straight bourbon to its core lineup. Ezra Brooks 99 is widely available, priced at $25.

Compass Box's final 2020 limited-edition blend, celebrating the company's 20th anniversary, arrives in the U.S. next month. Magic Cask is priced at $175, with 1,800 bottles for the U.S.

Finally, Glenfiddich is once again offering a special package for its core range of single malts in honor of the Lunar New Year. The whiskies are available in Asia-Pacific markets and at Travel Retail. 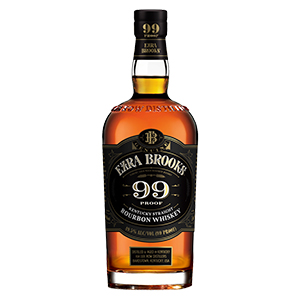 This is Ezra Brooks' core bourbon, bottled at a higher proof than the usual 45% ABV. It's also packaged in a rounded bottle, like Old Ezra 7 year old, rather than the usual square-sided bottle.

A slightly higher proof might not seem like it would make a big difference to a whiskey's flavor, but often it does. More proof means there's more alcohol and less water in the solution; alcohol is where all the flavor is, and a higher concentration of it also adds body and texture, especially if the distillery opts to forgo chill-filtration—though in this case, Ezra Brooks 99 has undergone the process, as most whiskeys do. 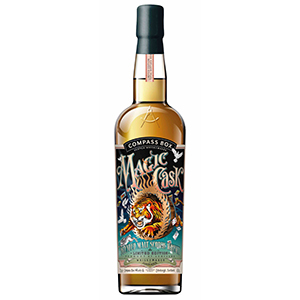 This blended malt is comprised of just two whiskies: The majority is first-fill bourbon barrel-matured single malt from the closed Imperial Distillery, while 8% comes from "a distillery near the town of Aberlour" and was primarily matured in a first-fill oloroso sherry-seasoned butt—the so-called "magic cask."

Compass Box released a Magic Cask blended malt in 2006 whose focal point whisky came from a madeira barrique rather than a sherry butt, but this new whisky was created in honor of the company's 20th anniversary in 2020, joining Rogues' Banquet, Hedonism Felicitas, and Peat Monster Arcana in the celebratory lineup. 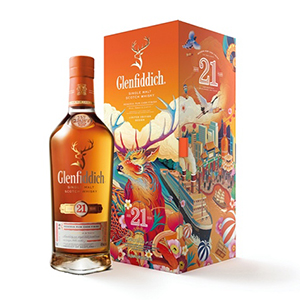 Availability: For sale in Asia-Pacific markets and at Travel Retail

Although not a new whisky, this is a new, limited-edition package for Glenfiddich's core range of single malts, celebrating the Lunar New Year. The bottle and pack were designed by Chinese illustrator RIon Wang, following up on his 2020 design, and depict the Glenfiddich stag in a homecoming scene. The special packaging is available for Glenfiddich 12, 15, 18, and 21 year olds.

Many people travel to see family or to their hometowns for Lunar New Year, though such plans may not take place this year as pandemic-related restrictions are in place in so many countries. Still, whisky lovers can gather virtually to enjoy a dram together, and a special package like this will make the occasion feel more celebratory.