If you plan on barbecuing this weekend, why not pair smoky food with smoky whiskey? That's what led Tommy Brunett, founder of Iron Smoke Distillery, to make a bourbon with applewood-smoked wheat, and a handful of craft distillers around the country are likewise using woodsmoke to impart their whiskeys with distinct and sometimes regional flavor. Check out our feature on the subject and see what your local distillers are cooking up. You may just find something new worth adding to your bar.

There is a crop of new whisky out this week as well, including two rock collaborations: FEW Spirits has teamed up with rock band Black Rebel Motorcycle Club on a new blended American whiskey, while Catoctin Creek has released a new edition of Ragnarok Rye, its collaboration with heavy metal band GWAR. On the scotch whisky front, The Macallan is launching its M Collection with three whiskies: M, M Black, and M Copper, and country singer Alan Jackson debuts his Silverbelly straight bourbon from Kentucky. Read on for full details. 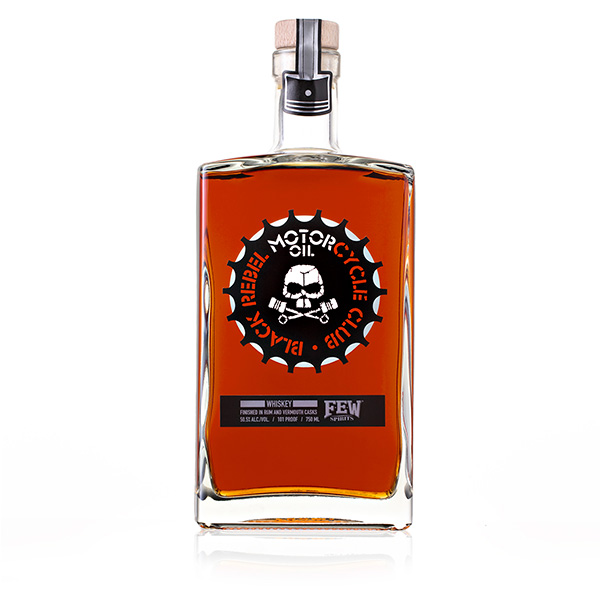 FEW Spirits is releasing this American whiskey in collaboration with rock musicians Black Rebel Motorcycle Club, in honor of the 21st anniversary of the band's debut album, “B.R.M.C.” It's made from a blend of three whiskeys: bourbon finished in rum barrels, bourbon finished in vermouth barrels, and mesquite-smoked wheat whiskey. All 1,800 bottles are available exclusively on FEW's website starting July 1.

FEW has collaborated with a number of musicians in the past including The Flaming Lips and Alice in Chains. Founder and distiller Paul Hletko spoke to us about whiskeys with rock bands for our summer 2021 story about heavy metal musicians teaming up with craft distillers. FEW has certainly carved out a niche as a go-to distiller for this type of collaboration, due in part to its Chicago roots and Hletko's own history as a musician. 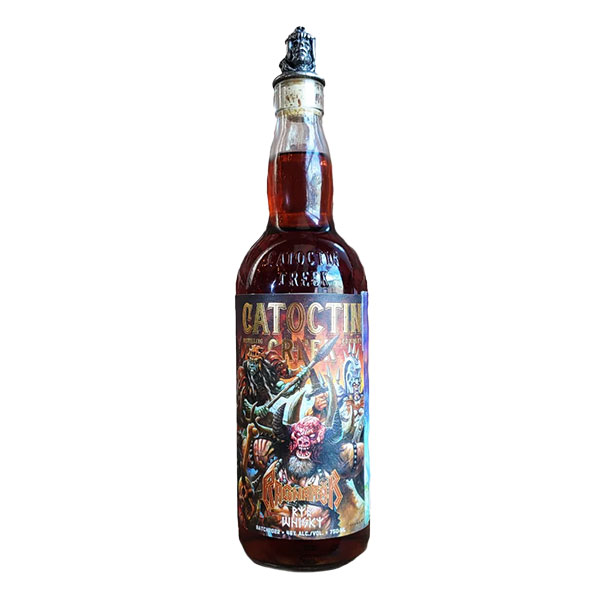 Virginia-based Catoctin Creek has collaborated with heavy metal band GWAR once more for its Ragnarok Rye, a rye whiskey aged in charred new white oak barrels and finished with sugar maple and cherrywood. This year's release comes with new collectible bottle toppers representing all five members of the band, and new label art, which matches GWAR's new album “The New Dark Ages.” There's also more of it: some 6,000 bottles are available nationwide, up from the two 1,000-bottle batches released last year. Up to 100 five-packs featuring each bottle topper will be available to order through Catoctin Creek's website. Each purchase includes a chance to win a guitar signed by the band, a signed barrel head, or GWAR tickets for life.

GWAR and Catoctin Creek joined FEW in that whisky-and-rock feature from last summer, with GWAR's Virginia roots drawing them to work with a whiskey maker from their home state. One of the more fun and flamboyant craft releases, these bottles were a hot commodity last year. While there is more to go around with this release, we'd still expect them to sell out quickly. 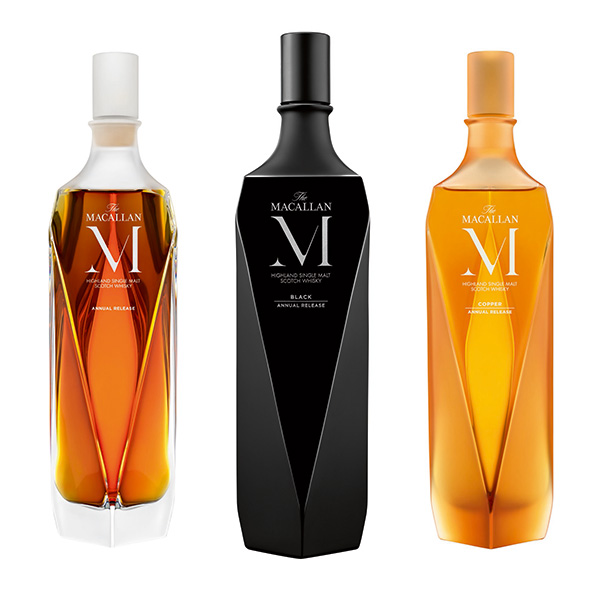 The Macallan M label was first introduced in 2013 as an ultra-priced expression, and this is its ninth release. M Black, meanwhile, is on its fifth release. The creation of the M Collection now places these whiskies under one umbrella and also adds M Copper, a new expression and the most expensive of the trio. All whiskies in the collection are bottled in Lalique crystal decanters. The proof and price are as follows:

The Macallan is the premier name in collectible whisky, with this newly formed M Collection adding to its resume. M Black, which is drawn from black-ended casks holding peated spirit, is among the most rare peated whiskies available. The newly added M Copper is named for Macallan's small spirit stills. Marketing jargon aside, the M whiskies in the past have offered a taste of some of Macallan's oldest whiskies, although they carry no age statement due to the complex array of aged liquid in the final product. 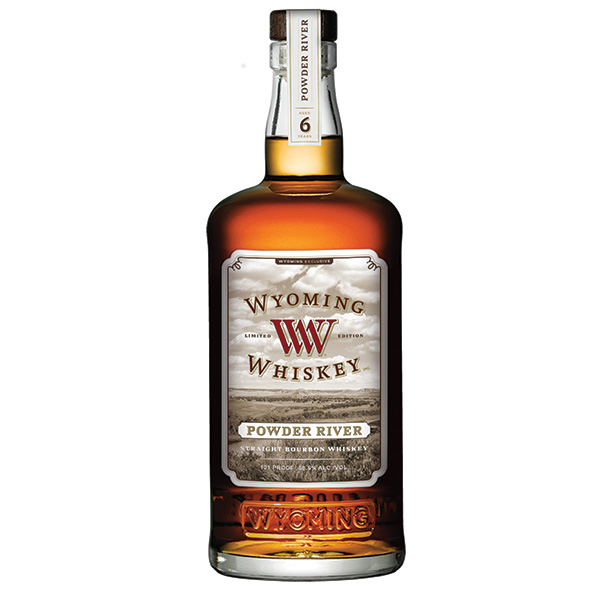 The latest Wyoming-only release from Wyoming Whiskey comes from 19 barrels and has a mashbill of 68% corn, 20% wheat, and 12% malted barley. It's named after the Powder River, which cowboys crossed in the late 1800s, with the phrase “Powder River, Let ‘er buck,” still said throughout Wyoming today.

Powder River comes on the heels of Wyoming Whiskey's second National Parks release, which was announced earlier this month. Using wheated bourbon mashbills in the style of Maker's Mark, Wyoming remains one of the more noteworthy bourbon producers outside of Kentucky. 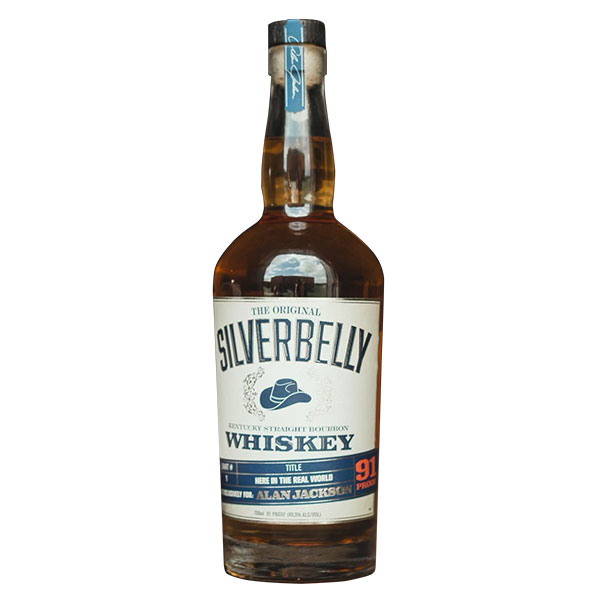 This whiskey has a mashbill of 78% corn, 13% rye, and 9% malted barley. It's contract-distilled at Owensboro, Kentucky-based Green River Distilling Co., which is the tenth registered distillery in the state.

So named for the color of country musician Alan Jackson's cowboy hat, Silverbelly was distilled for Jackson himself, who helped select the components. The whiskey will launch alongside Jackson's latest tour, called “Last Call: One More for the Road”, which kicks off today in Biloxi, Mississippi and will continue on to 15 additional cities over the next 8 weekends. 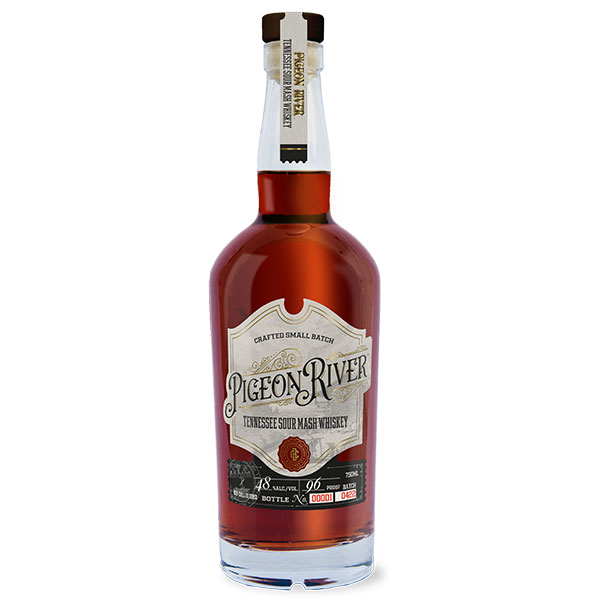 Pigeon River is made primarily with corn, though some malted barley is added to the mashbill with the aim of echoing the taste profile of Tennessee whiskey made in the 1800s. As with all whiskeys labeled as Tennessee whiskey, this was filtered through maple charcoal prior to being barreled.

This is the latest release from New Jersey-based The Covered Bridges Whiskey Company, which is also behind the Ruddell's Mill Kentucky straight bourbon and rye whiskeys. The company names its whiskeys after covered bridges, as an homage to the role they played in early America. The Pigeon River Covered Bridge is the oldest-standing covered bridge in Tennessee; it was built in 1875 by Elbert Stephenson Early, the owner of Newport Mill (which processed corn for local farmers, much of which went into whiskey making).