How Do You Top Whisky of the Year? Go Even Bigger

When something gets ranked as the best of the best, only the foolhardy—or a genius—would attempt to top it. No one would call Nicole Austin a fool, however. The general manager and distiller at Cascade Hollow Distilling Co., who made 2019 Whisky of the Year George Dickel 13 year old Bottled in Bond, is following up that sensational release with a new version, this time 11 years old, and she shared all the details with Whisky Advocate. “With the first one, there was no pressure; I was just doing what I love,” Austin says. “I was confident in the whiskey and confident people would like it. It got a lot bigger very quick, and this [year's batch] was a lot harder.”

George Dickel 11 year old Bottled in Bond shares many of the same qualities as its older sibling. It was made according to the Bottled in Bond Act of 1897, and its mashbill—84% corn, 8% rye, 8% malted barley—and charcoal-filtration process are identical to that of the 13 year old. Austin went through the same process of fine-tuning the liquid, assessing hundreds of samples blind before narrowing in on a set of barrels from a single distilling season—Fall 2008—and creating a blend. But the pressure of following up such a sensational debut was heavy. 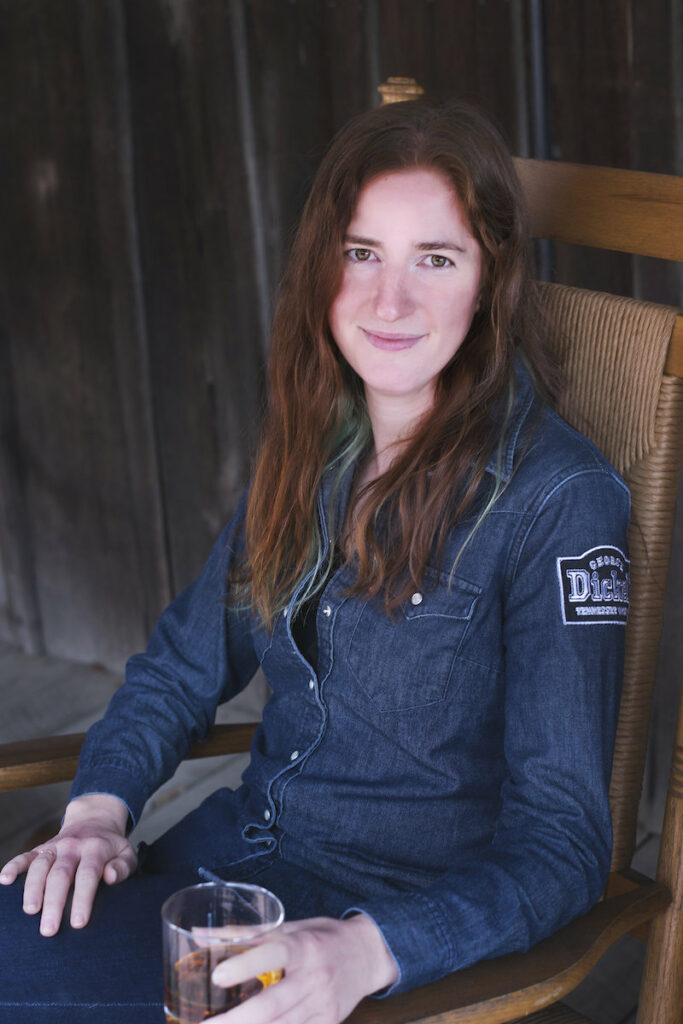 “What I really need from this is to show not just that we're capable of making one amazing whiskey one time, but that quality is something that we produce regularly,” Austin explains. “I've been really conscious of the importance of this second release. In my mind, it has to be just as good as, if not better than, the first one, because it needs to give people that assurance that all of them will be that good. [If you go in a warehouse] you have thousands and thousands of barrels, and you can always find a few that are really amazing. But the point is that we produce really high-quality whiskey quite consistently and quite regularly. How do you make the sequel? The sequel is the thing that tells you whether it's going to be a one-hit wonder or the next franchise.”

What's Different About This Release

Fans of George Dickel 13 year old Bottled in Bond will note similarities in the newer release across what Austin calls the “key top-line tasting notes,” like the whiskey's “classic sweetness,” nutty characteristics, and fruitiness. “It should be quite clear that they're from the same brand family and they're quite closely related to each other, but it's still a vintage,” she says. “Part of the point of creating this was to talk about and explore seasonality as a concept, because that's one of the requirements of bottled in bond, so I was certainly allowing for some small variation relating to the season.” Where last year's release showed heavy peanut flavors, this year's leans more toward roasted pecan, and Austin says that the “waxy fruit character” from the first release has become more like baked or dried apple for the second.

Video: How Nicole Austin Created the 2019 Whisky of the Year

Most significantly, Austin chose and blended more robust whiskeys for the new release. “The win of the first one gave me license to just tweak the dial slightly in the direction of a little bit bigger, a little bit bolder, a little more mature, complex, assertive,” she says. “The first one, part of what was so exceptional about it, considering the age and the proof, [is that] it was extremely approachable. It was a really sippable whiskey. So is this one—but I definitely dialed up a little bit in terms of complexity and appeal to whiskey lovers. It's a bit bigger, a bit more whiskey than the first one.”

And there is more of it, although Austin isn't at liberty to say how much. But the whiskey's distribution will be expanded to 34 states, plus Washington, D.C. It's gone up very slightly in price, from $36 to $40—though it's still just about the least expensive 11 year old American whiskey to hit shelves in years. Affordability and access remain key for George Dickel whiskeys, Austin says.

After starting work at Cascade Hollow in 2018, Austin is now fully settled in and working on a variety of whiskey projects—not just George Dickel—and says there will be at least a couple of additional new releases from the distillery this year. One will be part of the Dickel brand, but another will be something completely different. “I've been thinking a lot more about how to ride that line about what is experimental and different but still friendly and approachable—how can you be different without being divisive?” she says. “I'm interested in showing experimentation but still having these really high-quality, beautiful, approachable, likeable whiskeys. Which is hard! You can make something weird; you can make something great. It's hard to do both at one time, and I'm really trying to balance that.”

Most of all, Austin wants to continue drawing whiskey lovers' attention to Tennessee, and she's not bothered by other brands—even those that use liquid sourced from Cascade Hollow—charging much higher prices. “There's a lot more people talking about Tennessee whiskey; the awareness of Tennessee whiskey is growing, [and] I'm happy to be part of that movement,” she says. “It brings me nothing but joy that people are out there talking about Tennessee-based spirits as high-quality, premium products that are sought-after, and they're excited to put them out in the world…That's great! To me that's exactly what we were hoping for. It makes the point that Tennessee whiskeys are beautiful and complex and worth paying for.”
sbarton New Releases News Tennessee Whiskey Top 20 George Dickel