A few weeks back, we covered the latest Dewar's cask-finished release, Japanese Smooth, and recently had a chance to talk with master blender Stephanie Macleod about her experience in using mizunara oak to impart flavor. At just $25 and 91 points, we named Japanese Smooth an Editors' Choice in the Summer 2021 issue.

As we enter the dog days of summer, the number of new releases has slowed to a trickle. Four Gate Whiskey Company returns with its Kelvin River straight rye, Jim Rutledge has a new blend of straight ryes called High Plains, and Balcones adds a Sauternes-finished single malt to its range. Read on for full details. 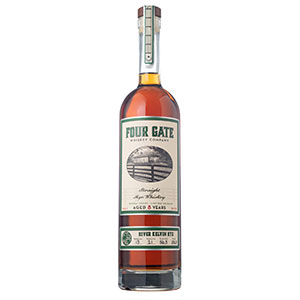 Distilled at MGP from a mashbill of 95% rye and 5% malted barley, this is the second release of River Kelvin Rye, following its debut last June. It has been aged an additional year, and nearly twice as many bottles have been released.

While Four Gate typically finishes its bourbon and ryes, this straight rye is presented as is, at cask strength with no chill-filtration. That is due in part to Four Gate's new single barrel program, in which stores and groups can select a cask of their own and have it finished in a brand new toasted barrel from Kelvin Cooperage for an additional 30 days. Four Gate will also be releasing a number of finished versions of this whiskey in the next 18 months. The first Four Gate Kelvin River rye scored 90 points with our tasting panel. 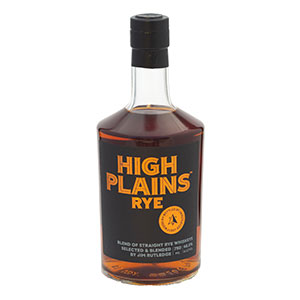 High Plains is a blend of five straight whiskeys, each of which has its own special recipe, varying from 51% rye grain to 100% rye, and yeast strain. While the exact sources of each blend aren't named, the states that they come from are.

This is the first rye whiskey from J.W. Rutledge Distillery, which is spearheaded by master distiller Jim Rutledge, the man behind the Four Roses revival and plenty of other quality bourbon on shelves today. In 2019, Rutledge reintroduced Cream of Kentucky bourbon, a brand that was discontinued in the 1980s. 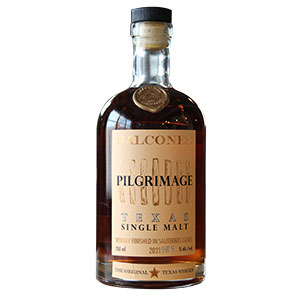 Pilgrimage is a permanent addition to the Balcones lineup though every release will be different. This first batch was made with Golden Promise malted barley and aged in used casks before a finish in Sauternes dessert wine barrels.

Balcones has been on a roll lately, releasing one new whiskey after another. In May, they released the latest iteration of Texas Bock, made in collaboration with Spoetzl Brewery. Then, earlier this month, they paid homage to Texas landmark Luckenback General Store, Bar, and Dance hall with a limited release. This is all on the heels of 2020's Lineage, which landed at No. 17 on our 2020 Top 20 list. Balcones produces a wide array of styles, and we spoke to master distiller Jared Himstedt about many of them on Instagram Live back in January. 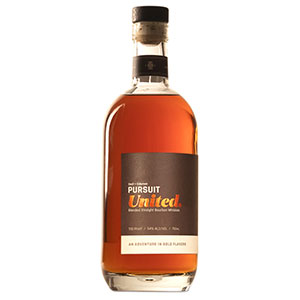 A blend of mashbills from Kentucky's Bardstown Bourbon Co., New York's Finger Lakes Distilling, and an unnamed Tennessee distillery (which Pursuit Spirits points out is not based in Tullahoma, home of Cascade Hollow Distilling Co. and its George Dickel whiskey), this second release of Pursuit United is more widely available than its predecessor.

Pursuit Spirits aims to provide whiskey drinkers with more transparency, hence the detailing of where (most of) the blend comes from. 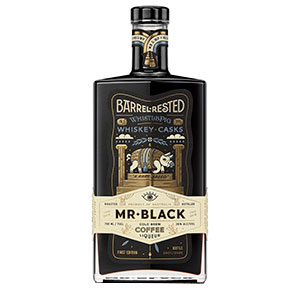 This limited iteration of Mr. Black Coffee Liqueur was made in partnership with Vermont's WhistlePig, which shipped barrels of its 10 year old Straight Rye to Australia for the collaboration. Mr. Black founder Tom Baker aged the liqueur in the barrels for six months before bottling.

While not a whisky, this barrel-aged coffee liqueur makes use of pretty strong source materials in the WhistlePig barrels. You'll have to act fast for a bottle, though, as this will be the only run of the new release, and coffee-influenced whiskies are heating up. Cocktail enthusiasts will note the strong return of the Espresso Martini this year, with Mr. Black the typical go-to liqueur for the drink. This new variation will impart a whiskey twist to the buzzy order.