Sightings of 50 year old scotch are rare, but not quite as unusual as one might think. In our Winter 2019 issue, Whisky Advocatedid a deep dive on50 year old scotch, and reviewed 10 selections available at the time. GlenDronach has now joined the club with the unveiling of a 50 year old, its oldest whisky ever. It's a fitting moment for a distillery that will be celebrating its 200th anniversary in four years' time.

Along with the older distilleries, we also present the newer ones, as Chattanooga Whiskey offers a new Islay cask-finished bourbon as part of its Barrel Finishing Series. This Tennessee distiller has come a long way in a short time, laying down its first whiskey in 2015 and since scoring some impressive 90+ ratings with our tasting panel. Among other newsworthy items this week, the always active Ardbeg unveils an experiment with extra-long fermentation that's bound to touch off discussions about fermenting, whisky, and terroir. Read on for full details. 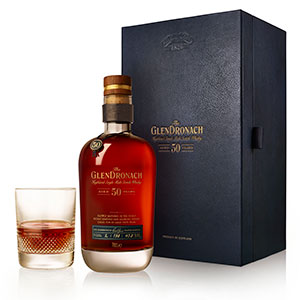 This is the oldest expression of GlenDronach ever released. Distilled on February 25, 1971, it was matured for five decades in two separate casks—one Pedro Ximénez and one oloroso sherry. Those whiskies were then married and finished in a single PX cask for one year, in what master blender Rachel Barrie calls a “final flourish." Only 197 bottles of this whisky are available: a total of 198 bottles were released, but one bottle was auctioned for charity in the UK in December, fetching £40,000 (around $54,000). All the bottles are numbered, authenticated, and signed by Rachel Barrie.

GlenDronach is beloved for its mastery of sherried, mature single malt scotch, and lately it has been delving deep into its dunnage warehouses. Last year it unveiled a 27 year old single cask expression as well as a 26 year old, but has never reached this far back in time. This ultra-aged gem from GlenDronach joins a 50 year old from Glenrothes released in 2020, and last fall Japanese distiller Suntory topped those with a 55 year old expression. 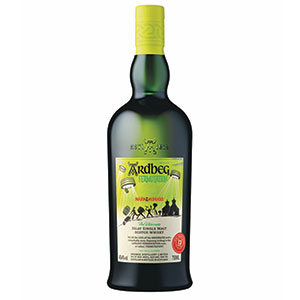 This whisky was born when a broken boiler endangered six washbacks. That led Ardbeg's director of distilling and whisky creation, Dr. Bill Lumsden, to open the washback lids, thus exposing the wort to Islay air for three weeks of fermentation—the longest in Ardbeg's history. This is a Committee-exclusive release, though Committee membership is free and open to all.

The average fermentation time for single malt scotch is 60 to 75 hours, and fermentations for most Ardbeg expressions last 72 hours. A period of 75 to 120 hours is considered long, so three weeks of fermenting is an eternity in the world of whisky. Exposure to the Islay air from opening the washbacks also raises the interesting question of whisky and terroir. Much of Islay's whisky is not aged on the island, and there is some debate over how much of Islay's elements can be tasted in its whiskies. This release is almost certain to arouse different opinions on whether those opened washback lids have added an extra dose of Islay terroir to the equation. 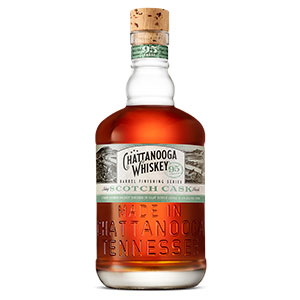 Age: Not stated, but older than 4 years

Produced at Chattanooga Whiskey's Riverfront Distillery in downtown Chattanooga, this is the second release in the company's Barrel Finishing Series, following a Tawny Port Cask Finish expression in early 2021. This whiskey was finished for 3 months in 250-liter Islay hogsheads. The source of the casks is undisclosed, except to say they come from three distilleries in Islay's Kildalton parish (those are Lagavulin, Ardbeg, and Laphroaig).

When Chattanooga Whiskey was founded in 2011, distilling was still illegal in its home of Hamilton County, which was not included in Tennessee's 2009 law to expand legal spirits production across the state. In 2013, the company led an effort to amend that law, and in 2015 Chattanooga Whiskey began producing at its Experimental Distillery, becoming the city's first distillery in a century. Its much larger Riverfront Distillery went on stream nearby in 2017, and the two facilities account for all the company's whiskeys, with nothing sourced. Interestingly, Chattanooga's signature is not Tennessee whiskey but high-malt bourbon and rye. Its core expressions are Chattanooga Whiskey 91 and Cask 111 bourbons, and 99 Rye. Another focus has been on infused bourbons, including its coffee-infused and fig-infused amaro expressions, among numerous others. 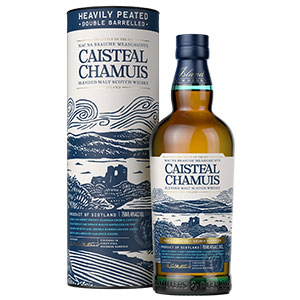 This whisky was first aged in refill and first-fill American oak hogsheads, then re-aged with part of the blend in virgin American oak, part of it in oloroso sherry butts, and the rest in refill hogsheads. The final maturation took place in bourbon barrels. 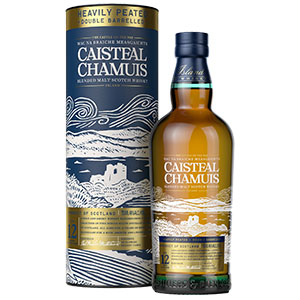 This one was aged for 12 years in refill American oak hogsheads, then transferred to barrels that previously held oloroso sherry for five years, and finally finished in specially designed European oak casks seasoned with oloroso sherry.

Caisteal Chamuis (pronounced “Castle Camus” for the non-Gaelic) is so named for the MacLeod clan castle on the Isle of Skye. The two new whiskies, both of which are heavily peated, were made by independent bottler Mossburn Distillers, which first brought its offerings to the U.S. in 2018. Mossburn also owns Torabhaig Distillery on the Isle of Skye, which opened in 2017.