Heads up, whisky lovers! There are lots of new releases to get excited about this week.

Jack Daniel's is rolling out a bottled-in-bond version of its classic Tennessee whiskey. Currently available in travel retail stores only, the whiskey will sell for $38 for a 1-liter bottle.

Meanwhile, peat heads will want to look for this year's Laphroaig Cairdeas, the distillery's annual special release. The 2018 Cairdeas matured in first-fill bourbon barrels before a finishing period in fino sherry casks. It costs $80 and will be available in limited amounts.

Freddie Noe, son of Fred Noe and grandson of the legendary Booker Noe, has unveiledLittle Book Chapter 2 "Noe Simple Task." The whiskey combines rye from Kentucky with two whiskies from Canada. Priced a bit higher than Little Book Chapter 1 "The Easy"—which was ranked number 11 in Whisky Advocate's 2017 Top 20—this whiskey is available in limited amounts for $100.

Another limited-edition—and bottled-in-bond—bourbon will be hitting shelves soon. Old Fitzgerald's Fall 2018 Release is 9 years old and comes packaged in the same ornate decanter-style bottle as the first release, which came out last spring. Heaven Hill is releasing just over 18,000 bottles at a cost of $90 each.

Woodford Reserve'slatest Distillery Series release is a rye matured in the same manner as its Double Oaked bourbon: first in a new charred oak barrel, then again in a new barrel that has been lightly toasted and heavily charred. It is available in limited amounts at the distillery and select Kentucky retailers at $50 for a 375-ml. bottle.

Finally, Balcones is releasing the 2018 batch of True Blue Cask Strength corn whiskey this weekend, a special bottling in honor of the Texas distillery's 10th anniversary. For sale at the distillery first, it will later be available throughout Texas for $80.

In addition to these confirmed new whiskies, there are several possible releases coming up:

Old Pulteney is teasing a brand relaunch. The distillery won't disclose any details about the new whiskies, nor will it say whether they'll be replacing the existing core lineup of Navigator, 12 year old, and 25 year old. All we know is that there are four new whiskies coming in early 2019.

Meanwhile, I've spotted TTB filings for several exciting whiskies. Bear in mind that these may or may not end up becoming a reality; a Certificate of Label Approval (COLA) is just that—permission to bottle the whisky if the company chooses. Consider these whiskies likely to appear soon, but not guarantees. If and when there are more details available, Whisky Advocate will have them.

And Buffalo Trace has received approval for Double Eagle Very Rare, what looks to be a limited-edition variant of Eagle Rare. 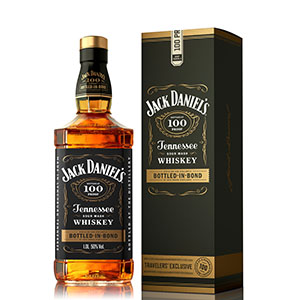 The first bonded whiskey released by Jack Daniels (at least in modern times), this is the same juice as Old No. 7, but also meets all the requirements laid down in the Bottled-in-Bond Act of 1897:

The best-selling American whiskey in the world, Jack Daniel's doesn't really need to release line extensions; it's already selling everything it can make. But for fans of the classic whiskey, a bottled-in-bond version is an exciting development. The higher proof will offer bolder flavors and stand up better to sipping on the rocks or using in cocktails.

Master distiller Jeff Arnett told Whisky Advocate that the Bottled in Bond is likely to follow the same trajectory as Sinatra Select: starting off for sale at travel retail, to test the waters, and then eventually becoming widely available. 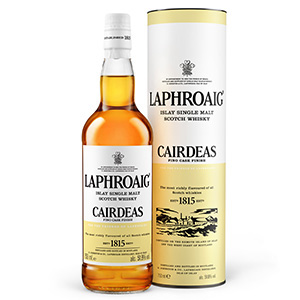 The 2018 release in Laphroaig's Cairdeas (Gaelic for "friendship") line is a non-age-statement single malt that matured in first-fill bourbon barrels before finishing in fino sherry casks.

Fino sherry differs greatly from both oloroso and Pedro Ximénez (PX) sherry, which are more commonly used to season barrels used in whisky maturation. While oloroso gives off nutty, dried fruit flavors, and PX offers more sweet fruit, fino is a bone-dry, aromatic wine, and its influence on whisky is more subtle. It isn't common to see whisky finished in fino, though Kavalan has occasionally used it togreat effect, as have a few other distilleries. 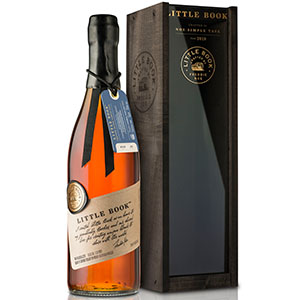 Age: Not stated; the youngest whiskey is 8 years old

The second release in Freddie Noe's Little Book brand, this whiskey blends 8 year old Kentucky straight rye with two whiskies from Alberta Distillers in Canada: a 13 year old rye aged in a re-charred barrel and a 40 year old corn whisky aged in a once-used bourbon barrel. Like last year's release, "The Easy," this is bottled at barrel proof and available in limited amounts.

Freddie Noe, the 8th-generation master distiller at Jim Beam, came roaring out of the gate with his debut whiskey last year, Little Book "The Easy." Here at Whisky Advocate, we were so impressed that the blend of bourbon, rye, malt, and corn whiskey ranked as number 11 in our Top 20 Whiskies of 2017. With Chapter 2 continuing to push boundaries in terms of both base whiskies and flavors, it's now a question of how far Freddie can take it—and we're looking forward to tasting along the journey. 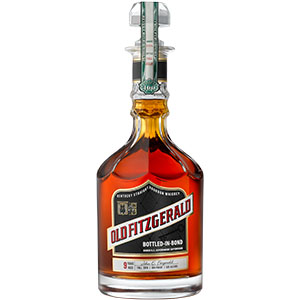 Heaven Hill's second release in the special-edition Old Fitzgerald Bottled-in-Bond line, this whiskey was distilled in October 2008 and bottled in August 2018. Like the first release, the bourbon is packaged in an ornate decanter-style bottle.

Earlier this year, Heaven Hill announced a new series of bottled-in-bond bourbons under the Old Fitzgerald label, with releases coming twice a year in spring and fall. The first release, an 11 year old, scored 93 points in Whisky Advocate's Summer 2018 Buying Guide. We're looking forward to seeing how this new one compares. 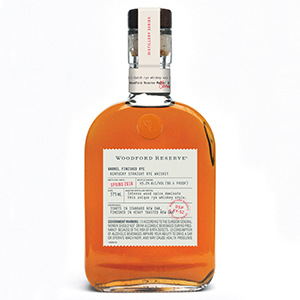 The newest release in Woodford Reserve's Distillery Series, this rye whiskey follows the same pattern as Double Oaked bourbon. It matures first in a new charred oak barrel, then is finished in a second barrel which has been heavily toasted and lightly charred.

Woodford Reserve master distiller Chris Morris has long been known for using different barreling regimes and other techniques to bring new flavors to bourbon, rye, and other whiskeys. Many of these experiments don't yield enough liquid for a wide release, so they're put out as part of the Distillery Series and mainly for sale at the visitor center. If you're touring Bourbon Country and stopping by Woodford, it's worth seeking out one of these limited-edition bottles as a unique souvenir. 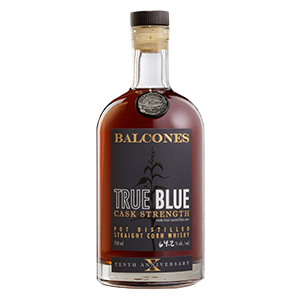 Availability: 3,200 bottles, available in Texas only

The barrel-proof version of Balcones' True Blue, this whiskey is distilled with 100% Hopi blue corn and aged in used barrels. It is released annually in small amounts, currently available only in Texas; this year's release celebrates the distillery's 10th anniversary, with a special label on the bottle.

True Blue Cask Strength goes on sale at Balcones Distillery in Waco, Texas on Saturday, August 4; the distillery's 2018 release of Rumble Cask Reserve, a cask-strength version of its Rumble spirit, distilled from turbinado sugar, honey, and figs, will also go on sale that day. Both spirits will later be distributed throughout Texas.