It's often taken for granted that more time in the barrel equals a higher-quality whisky, but that's not always the case. Whisky Advocate spoke to master distillers and other bourbon experts to find out: can a bourbon betooold?

It's not a question we have to answer with the following bottles, though, as the only super-aged whisky among the week's new releases is a scotch. (And scotch, as the above article explains, has a much different maturation trajectory than bourbon, able to age for far longer.)

First up, Jack Daniel's is rolling out No. 27 Gold to the entire U.S. Previously available at travel retail and then in Tennessee only (mainly at the distillery), Jack Daniel's No. 27 Gold undergoes a finishing period in a maple wood barrel and a second filtration using the Lincoln County Process. Assistant master distiller Chris Fletcher provides more detail about the process below. The whiskey is now on shelves nationwide for $100.

That super-old scotch is Glenmorangie's latest Bond House No. 1 release. Glenmorangie Grand Vintage Malt 1991 is 26 years old and aged initially in ex-bourbon casks, before being split between two cask types—oloroso sherry and burgundy—for finishing. It's available in limited amounts starting in July in the U.S. for $750.

Finally, Blaum Bros. Distilling Co. in Galena, Illinois is introducing its first straight bourbon, aged for four years in full-size barrels. The whiskey is currently available in five states for $50. 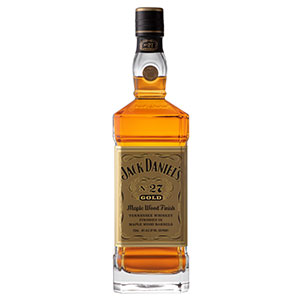 Previously for sale at travel retail and within Tennessee (mainly at the distillery), this whiskey is finally becoming available across the U.S. It starts off as regular Jack Daniel's, which is distilled, goes through the Lincoln County Process, and is aged in new charred oak barrels for four years. Then, the whiskey is transferred to charred maple wood barrels for roughly ten months, before going through the Lincoln County Process for a second time and being bottled.

Assistant master distiller Chris Fletcher provided me with additional detail about the process for creating No. 27 Gold. The fully mature whiskey is transferred to new charred maple barrels for around ten months, but the finishing time varies as the whiskey gets pulled from barrel as soon as it reaches the optimal flavor profile. While oak has a tight grain, maple wood is much more porous; the whiskey loses about 25% of its volume in ten months in maple barrels—equivalent to the loss over four years in oak.

Another thing that makes this whiskey different from Old No. 7: When Jack Daniel's spirit comes off the still, it spends about two days dripping slowly through ten feet of maple charcoal. For No. 27 Gold, the second pass through the charcoal is much quicker—two minutes, as the whiskey is pumped through. Fletcher describes this as a polishing effect, reducing some of the tannic astringency from the maple barrels. 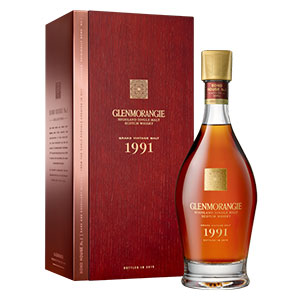 The fourth release in Glenmorangie's Bond House No. 1 series, this single malt combines whiskies that were initially aged in ex-bourbon casks, and then divided into two cask types for finishing: oloroso sherry and burgundy. 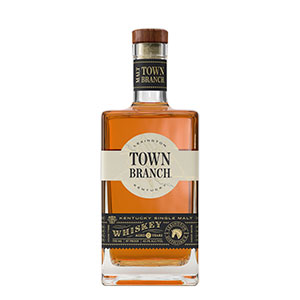 This 100% malted barley whiskey is made at Lexington, Kentucky's Town Branch Distillery. It aged for seven years in first-fill ex-bourbon barrels.

Town Branch tends to fly under the radar, but the distillery has been quietly making whiskey in Lexington since 2008, first as part of Alltech Brewery (which makes Kentucky bourbon barrel ale) and, since 2012, in its own building just across the street. With the launch of a true single malt (100% malted barley), rather than a malt whiskey (at least 51% malted barley, with the rest of the mashbill comprising other grains), Town Branch has become the first major Kentucky distillery (judging by membership in the Kentucky Distillers' Association) to embrace the style. Look for our review in an upcoming issue of Whisky Advocate. 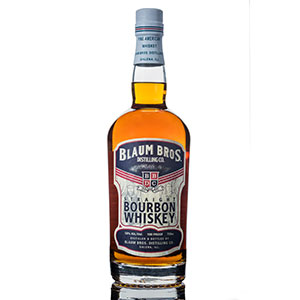 This bourbon was distilled from a mashbill of 72% corn, 23% rye, and 5% malted barley, and aged for four years in 53-gallon barrels.

Located in far western Illinois, Blaum Bros. Distillery was, indeed, founded by a pair of brothers, Matt and Mike Blaum. They've been making whiskey since 2013, but this is their first straight bourbon release. While waiting for the whiskey to age, they've offered Knotter (get it? "not our") bourbon, sourced from MGP Distillery, as well as gin, vodka, and other spirits. Blaum Bros.' straight rye will be ready for release soon as well.