We first covered news of Limavady Irish whiskey last August with its U.S. debut, and recently caught up with Limavady owner Darryl McNally to talk about what separates this Irish expression from others on the shelf. Though new and without a distillery (yet), Limavady has made an impressive debut, with its Single Barrel whiskey scoring 91 points in our Winter 2021 Buying Guide.

Among this week's new whiskies, Kentucky Owl is back with a special St. Patrick's Day bourbon, Octomore has a new, decade-old release, and Penelope pivots away from bourbon in favor of an aged, light whiskey. Read on for full details. 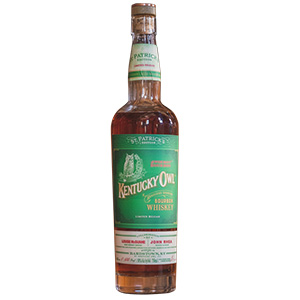 Age: A blend of Kentucky straight bourbons aged 4 to 11 years

Availability: Nationwide, but limited to a select number of retailers

This is the second Kentucky Owl expression made under the direction of new master blender John Rhea, the former Four Roses veteran who came aboard last year. It follows the 2021 release of Kentucky Owl The Wiseman, which earned a 92-point score from Whisky Advocate's tasting panel and landed a spot on our Top 20 Whiskies of 2021.

Kentucky Owl says this whiskey was blended “through Irish eyes.” What this means is that Rhea tapped Ireland whiskey bonder par excellence Louise McGuane as his partner for this collaboration. The two blenders aimed for accents with a more fruit-forward, Irish whiskey style that appeals to McGuane's sensibility, while still hewing to the Kentucky Owl bourbon profile. After tasting through a wide selection of samples, the result was this blend of Kentucky straight bourbons aged 4 to 11 years. 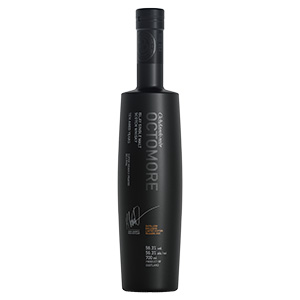 This is the concluding release in Octomore's 12s Series. The whiskey spent its first 5 years aging in first-fill American oak casks and the next 5 years in Ribera del Duero wine barriques from an undisclosed bodega in northern Spain. Octomore, the ultra-peated star from Bruichladdich Distillery on Islay, has a phenol parts per million (PPM) level that is always at a minimum of 80. This one was originally malted to 90.3 PPM.

Octomore releases are usually 5 years old, so this 10 year old is a treat. With a total of just 3,500 bottles available, Octomore Aged 10 Years will likely sell out quickly. But the distillery informs us that it expects to have about 50% of the total inventory still in stock by our publication date of February 4. So there is still time to buy—hop on the Bruichladdich websiteand hope for the best! 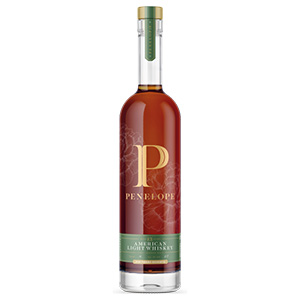 Distilled from corn at Seagram's Indiana (now MGP) in 2008, this whiskey was aged in second-fill oak barrels and bottled at cask strength.

Aside from being Penelope's first non-bourbon, this whiskey is the premier edition in the brand's new Founders Reserve Series, which will ultimately highlight rare barrels. Penelope has a penchant for unique releases, having debuted a rosé cask-finished whiskey in 2020 and a number of specially finished bourbons within its Toasted Series over the years. 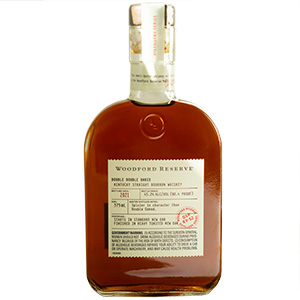 For the first time ever, Woodford Reserve is offering a national sweepstakes for Double Double Oaked—a perennially hard-to-find whiskey. If you're interested in getting your hands on a bottle, the sweepstakes are open now through February 8, with winners being chosen by February 10. But there is a catch: winners must pick up their bottles in-person from the distillery prior to April 10. A very limited number of bottles will also bbecome available at the distillery and at a handful of Kentucky retailers. 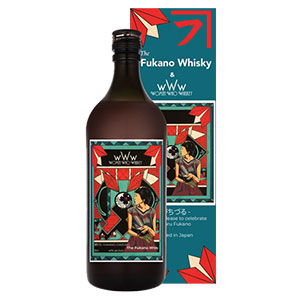 This rice whisky was matured in refill oak, manzanilla sherry casks, and red wine casks and released in collaboration with Women Who Whiskey to recognize Chizuru Fukano, the former managing director of Fukano Distillery. 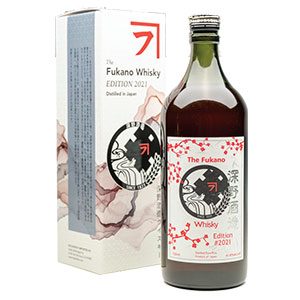 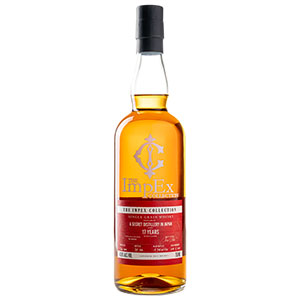 Produced and matured at an undisclosed distillery, the casks were selected by Impex rice whisky expert Chris Uhde. This is the first Japanese whisky selection for this new independent bottling line, and it is made from rice and barley at a single distillery in Japan. Technically, this makes it a single grain rather than a rice whisky.

If you've never experienced the delicacies and intricacy of rice whisky, there's no better time to start. Fukano has previously made the Whisky Advocate Top 20, but it's still a style many drinkers haven't had the opportunity to taste. It's barrel-aged rice shochu, mainly produced on Kyushu, Japan's most southerly main island. It is single distilled in steam-heated stainless steel stills, which is why the ABVs are typically in the low 40s. Rice is not the only ingredient choice for making shochu, as dozens of ingredients can be used, but the main ones are rice, barley, sweet potatoes, and buckwheat.