The distillery began as a passion project for Al Laws. As he grew older, he wanted to change careers and do something he loved, and whiskey topped the list. He opened shop on Independence Day, 11 years ago. A one-hour general distillery tour costs $20 per person, but half of that goes toward your purchase of a bottle. You can also book a private tour. Coming later this year is a new two-story tasting room with a rooftop deck and event space, or “chapel” for “whiskey church,” a time to “gather together to enjoy the breadth of all things whiskey,” says Laws. 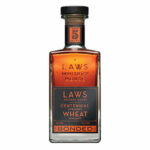 Eat here: The Whiskey Biscuit
This American eatery boasts an impressive whiskey selection of more than 100 bottles. It carries many rare whiskeys and offers four different types of whiskey flights.

Stay here: The Ramble Hotel
A sultry spot and home to Death and Co. of New York City fame. A menu of about 100 whiskies and an extensive cocktail list are a bonus to the 50-room hotel's sweeping views of the city.

Take a side trip: Explore Denver's Golden Triangle Creative District, with more than 15 galleries and museums, the gardens of Civic Center Park, tons of public art, and quirky local shops.