A comeback is an exciting thing—especially when it involves a beloved whiskey. In addition to the return of Smooth Ambler's Old Scout 99 Proof Bourbon (more on that below and in this article), Old Forester has brought back its 1910 Old Fine Whisky. Initially released in October 2018, the bourbon was such a success that it sold out quickly—but Old Forester now has plans in place to ensure that won't happen again. Similarly, Old Forester's sister brand Woodford Reserve is rolling out more bottles of its straight malt whiskey which sold out shortly after launching in June 2018.

William Grant & Sons is launching the first whiskies in the United States from its Ailsa Bay Distillery. Aerstone Land Cask and Sea Cask are both 10 year old single malts, priced at $30 and widely available.

Over in Kentucky, Lux Row Distillers is launching a limited-edition bourbon. Lux Row 12 year old Double Barrel is priced at $150, with just 6,000 bottles for sale in Kentucky only.

A 29 year old single malt from the now-destroyed Littlemill Distillery is rolling out. Priced at $3,999, the whisky is available in very limited amounts.

The Chicken Cock brand is adding a new Kentucky straight bourbon to its lineup. Priced at $60, the whiskey is widely available.

Mississippi's Cathead Distillery has unveiled a blended straight bourbon called Old Soul, comprised of its own bourbon as well as some sourced from MGP Distillery. The whiskey is available mainly in the Southeast for $45.

Finger Lakes Distilling is launching its first single malt, aged for 10 years. The whiskey is initially available at the New York distillery for $150, with plans for expansion.

Clonakilty Distillery in Ireland has rebranded its core blended whiskey as Single Batch Double Oak-Finished. The liquid itself remains the same as before, and is available in several East Coast states, priced at $50.

Finally, spirits delivery service Flaviar is partnering with WhistlePig and four chefs to create a custom rye. Just 1,000 bottles of WhistlePig x Flaviar Chef's Blend are available only to subscribers for $125. 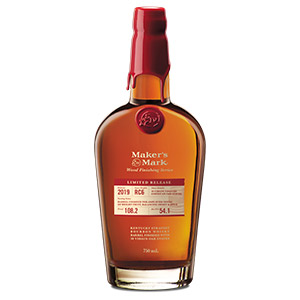 This is Maker's Mark bourbon that has been finished with special staves, known at the distillery as RC6. The staves were air-seasoned for 18 months before being toasted in a convection oven. The result is that the bourbon's fruit and baking spice flavors are more prominent.

While special editions of Maker's Mark can be found through its Private Select program, which allows retailers, restaurants, bars, and others to create custom finishing barrels, this is the first limited edition from the distillery to be released nationally. There's not much of it, however, as Maker's has put together just 255 barrels. But the distillery plans to release more limited-edition bourbons in the Wood Finishing Series going forward—and, thanks to its partnership with barrel maker Independent Stave Co., it should have no trouble devising plenty of interesting and delicious finishing-barrel variations. 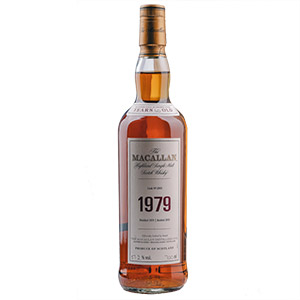 The latest release in Macallan's Fine & Rare line of super-aged whiskies was distilled on February 19, 1979 and aged in a single sherry puncheon for 40 years. It's bottled at cask strength.

Macallan isn't disclosing how many bottles of this whisky are available, but past releases give some indication: The 1977 Vintage (released in January 2018) comprised just 151 bottles, of which four came to the U.S., while the 1978 Vintage (released in December 2018) totaled 243 bottles, including five for the U.S. Both of those whiskies were matured in hogsheads, which are roughly 65 U.S. gallons; with this 1979 Vintage coming from a puncheon (132 U.S. gallons), it's likely that more bottles will be available, although much depends on evaporation. 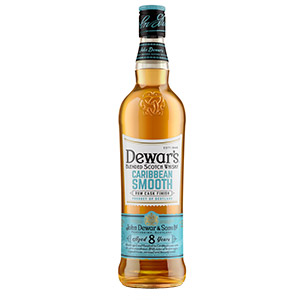 After combining roughly 40 different malt and grain whiskies aged at least 8 years, this whisky is then finished in Caribbean rum casks.

Rum casks are a popular finishing vessel for single malts, including the recently released Ardbeg Drum, but only a few blended scotches, like Grant's, have taken the cask-finishing route. Dewar's 8 year old Caribbean Smooth is the first in a series of planned cask-finished blends for the brand. 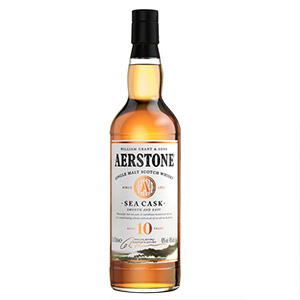 Made at William Grant & Son's Ailsa Bay Distillery under the oversight of master blender Brian Kinsman, these two whiskies are aged for 10 years. Each is designed to embody a distinct flavor profile. Sea Cask is unpeated, described as "Speyside-style" but with salty notes, alleged to come from aging on Scotland's coast. Land Cask is peated; it's matured in warehouses set inland. Both whiskies were previously released in the UK. Land Cask scored 87 points in the Whisky Advocate Buying Guide, while Sea Cask scored 88 points.

Ailsa Bay Distillery is located in Scotland's Lowlands region, but neither of these whiskies falls into the "Lowlands style" that's usually touted—light, grassy, triple-distilled. In fact, Sea Cask is explicitly described as Speyside-style by William Grant & Sons. The two whiskies are designed to help demystify the language used in describing scotch flavor.

Does a scotch's region have an impact on its flavor? I explore this question in the Fall issue of Whisky Advocate, hitting newsstands on October 8. 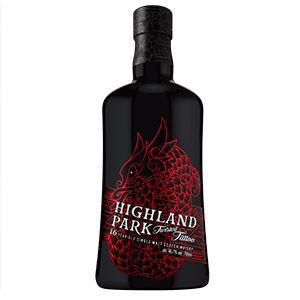 Matured in both first-fill bourbon casks and Rioja wine-seasoned casks, this whisky aged for 16 years. The packaging was designed by tattoo artist Colin Dale and reflects Viking carving designs and the Midgard, a giant serpent from Norse mythology.

Art-driven packaging isn't new, although some brands are upping the stakes in this arena (more on that in our Winter issue, coming out in December). In fact, this isn't even the first tattoo artist-designed bottle of whisky; last year, Bulleit released a series of four limited-edition bottles decorated with tattoo designs. 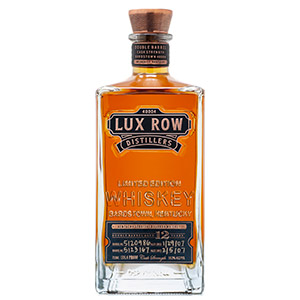 Availability: 6,000 bottles; for sale in KY only

Exclusively released in Kentucky, this bourbon celebrates the anniversary of the opening of Lux Row Distillers in 2018. It's a batched product, made up of two-barrel combinations; each bottle will include information about the ages of the barrels used.

Located in Bardstown, Kentucky, Lux Row Distillers is the home of brands like Ezra Brooks, Rebel Yell, David Nicholson, and Blood Oath. While parent company Luxco has used sourced whiskey in the past, it's now distilling and aging at Lux Row with the goal of bringing all production in-house. 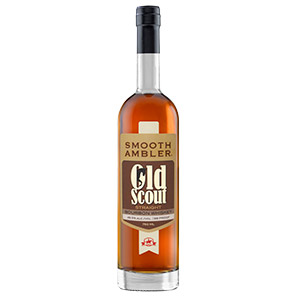 Three years after removing it from the market due to lack of supply, Smooth Ambler has brought back its Old Scout bourbon. The whiskey was distilled at MGP and aged for 5 years, and Smooth Ambler has plans in place to ensure it doesn't run out again.

While Old Scout was around 7 years old at the time it was discontinued, it originated as a 5 year old bourbon, and master distiller John Little says that "it's ready now." I spoke with Little a few weeks ago, ahead of the re-release, and he opened up about his regrets in discontinuing Old Scout and his goals for the whiskey's future. 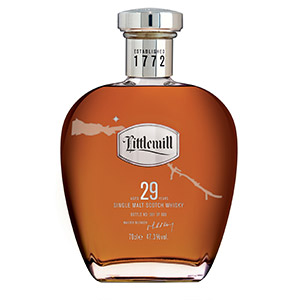 Availability: 600 bottles for the world, including some for the U.S.

Made at Littlemill Distillery—which closed in 1994 and was destroyed in 2004—this whisky initially matured in refill bourbon casks. Seven casks were combined and then finished in first-fill oloroso sherry and Limousin oak casks. There are 600 bottles available globally, of which an unspecified number are coming to the U.S.

This is the third release in the Littlemill Private Cellar series, which also includes a 25 year old (released in 2015) and a 27 year old (2017), each put together by master blender Michael Henry. The whisky comes packaged with a 50-ml mini-bottle (so you can taste it without opening the full-size one) and a piece of an original cask. 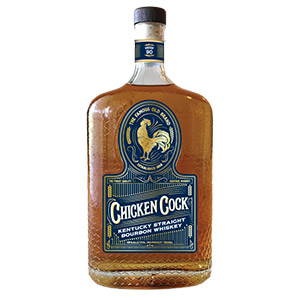 This straight bourbon made in Kentucky is a permanent addition to the Chicken Cock brand. It joins Chicken Cock Beer Barrel Select, as well as the limited-edition 8 year old 160th Anniversary (88points) and 10 year old Double Barrel (91 points) bourbons in the lineup.

The Chicken Cock brand has had a long history, starting in the 1850s and extending to the mid-20th century. In more recent times, the name was used mainly for flavored whiskeys, but a few years ago, the focus shifted to true whiskey. Chicken Cock doesn't have its own distillery, but partners with Bardstown Bourbon Co.—which mainly distills for other brands, in addition to its own—to create its whiskeys. 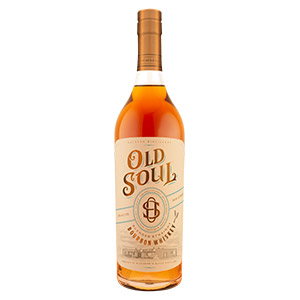 Origin: Multiple (IN and MS)

This whiskey blends straight bourbons from MGP Distillery in Indiana and Cathead's Mississippi distillery. All the bourbon is aged in Mississippi for at least 2 years before blending. The makeup is as follows:

Blending house-made whiskey with sourced product isn't uncommon among new distilleries, but Cathead claims that its whiskey expresses local terroir because all of the liquid—even that distilled in Indiana—is aged in Mississippi. Stay tuned for a review of Old Soul in an upcoming issue of Whisky Advocate. 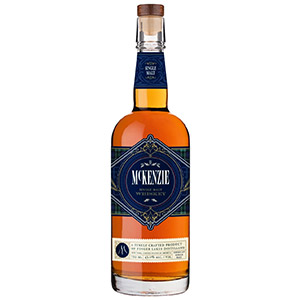 Availability: 350 bottles for sale at the distillery only, with eventual expansion planned

One of the first whiskeys made at Finger Lakes Distilling in Burdett, New York, this whisky is among the oldest American single malts ever released. It's made with 100% malted barley, 75% of which was grown in New York, and was aged in a combination of new oak, bourbon, and sherry casks.

While the distillery is initially releasing just 350 bottles, it has plans to produce 10-30 barrels a year and expand distribution more widely. The price of $150 might seem steep, but there are very few American single malts aged more than 6-8 years. To my knowledge, only The Notch from Nantucket's Triple Eight Distillery has released single malt at older than 10 years. Look for a review of this whiskey in an upcoming issue! 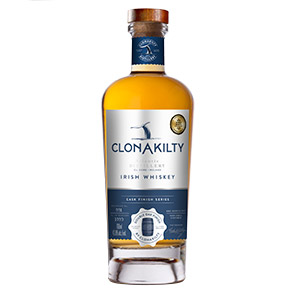 Ireland's Clonakilty is rebranding its core cask-finished whiskey as Clonakilty Single Batch Double Oak-Finished. The blended whiskey is sourced from undisclosed Irish producers and finished in both virgin American oak and shaved, toasted, and recharred Bordeaux red wine casks, which the distillery has dubbed "New Era of Cask (NEOC)."

Previously known as Clonakilty Single Batch Irish whiskey (87 points), nothing about this whiskey has changed beyond its name and packaging; the update is intended to more clearly communicate the whiskey's cask finish. 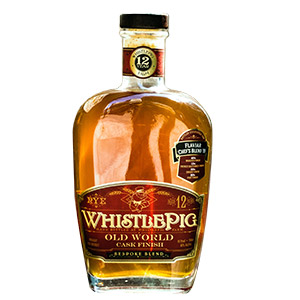 Chefs Michael Gulotta of MoPho and Maypop in New Orleans, Jamie Malone of Grand Café in Minneapolis, David Posey of Elske in Chicago, and Justin Woodward of Castagna in Portland met in Vermont this past June to create this custom blend, and each will host a special pairing dinner this month at their respective restaurants to celebrate. You have to be a Flaviar member to attend and, likewise, to purchase a bottle of this whiskey. Unlike other whisky subscription delivery services, Flaviar sends its members samples (plus a full bottle) once a quarter to encourage exploratory tasting.