As American whiskey makers strive to foster more diverse workplaces, companies and organizations are making strides to support Black and other minority professionals across the industry. Adding to that effort is the newly created Michael Jackson Foundation for Brewing and Distilling, named after the esteemed beer and whisky writer (and former Whisky Advocate contributor) who died in 2007, which will provide scholarships to Black, Indigenous, and People of Color (BIPOC) within the brewing and distilling trades.

“Michael was one of my best friends, and I know this would have meant the world to him,” says Garrett Oliver, brewmaster at Brooklyn Brewery and the foundation's inaugural chair. “His family agrees, and we're very grateful for their support.” Oliver notes that Michael played a significant role in his own professional development. “In my early career it would not be an overstatement to say that he took me under his wing and pushed my bona fides upon anyone who would listen. Michael was an active anti-racist and if it seems dissonant to anyone that a foundation supporting BIPOC is named after him, then they didn't know Michael.”

The foundation has established two scholarships: the Sir Geoff Palmer Scholarship Award for Brewing and the Nathan Green Scholarship for Distilling, named for Nathan “Nearest” Green, America's first known Black distiller. It has set up a GoFundMe for the scholarships, with a goal of raising $200,000. In addition to the scholarship, recipients will receive mentorship from industry professionals, similar to what Jackson provided for Oliver and others.

“We will actually pair awardees with individual BIPOC mentors within the brewing and distilling industries,” Oliver says. “Just as Sir Geoff Palmer is a mentor to me, all of our awardees will have their own mentors who can help advise them and guide them into more fruitful careers. And sometimes you just need to talk to someone whose struggles have looked like your own. The funding is very important, but it is not the only component here.” 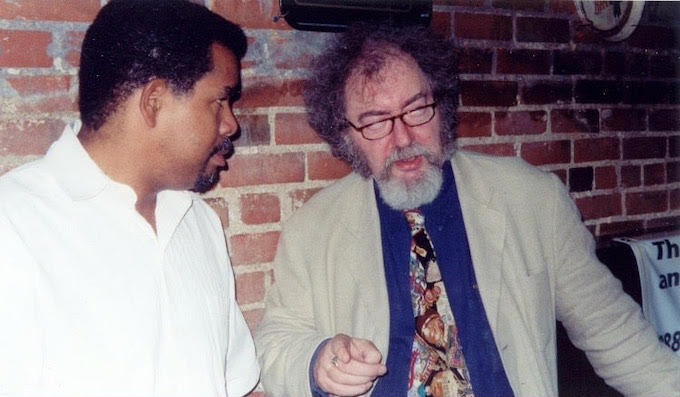 Oliver calls the late Michael Jackson, who died in 2007, a friend and a mentor.

The creation of the Michael Jackson Foundation for Brewing and Distillingcomes on the heels of other such diversity-minded announcements. In June, Black Bourbon Society founder and CEO Samara Rivers announced the creation of Diversity Distilled, an organization aiming to partner with spirits brands to help them develop diversity and inclusion policies. Shortly afterward, Jack Daniel's and Uncle Nearest announced they were contributing a combined $5 million to kickstart the Nearest & Jack Advancement Initiative, which is setting up a college distilling course and offering leadership and business incubation programs for minorities in the whisky industry.

But there's plenty more work to do. Even after the Michael Jackson Foundation for Brewing and Distillingachieves its GoFundMe goal, it will continue seeking support. “This being a foundation, unless an individual or corporation steps up to a very high level in early days, fundraising will be ongoing essentially in perpetuity,” Oliver says. “Let's be clear: Technical education in brewing and distilling is expensive. Given that Black households have only 10% of the average assets of non-BIPOC households in the United States, this is a great barrier to diversity and inclusion.” Oliver cites short courses that start at $3,000 and longer courses, such as those at American Brewers Guild or UC Davis, which start at $9,000. The Foundation aims to begin funding scholarships by early 2021, with a goal of offering six in its first year.

For now, Oliver says they will continue to fundraise and seek collaborators. “We need breweries and distilleries to work with us here, or we will not get very far,” he says. “That said, having a well-trained and diverse workforce is clearly in the best interests of every brewery and distillery. So I am confident that our allied industries will step up and help us make this happen. It's already starting.”
tsimmons News Beer